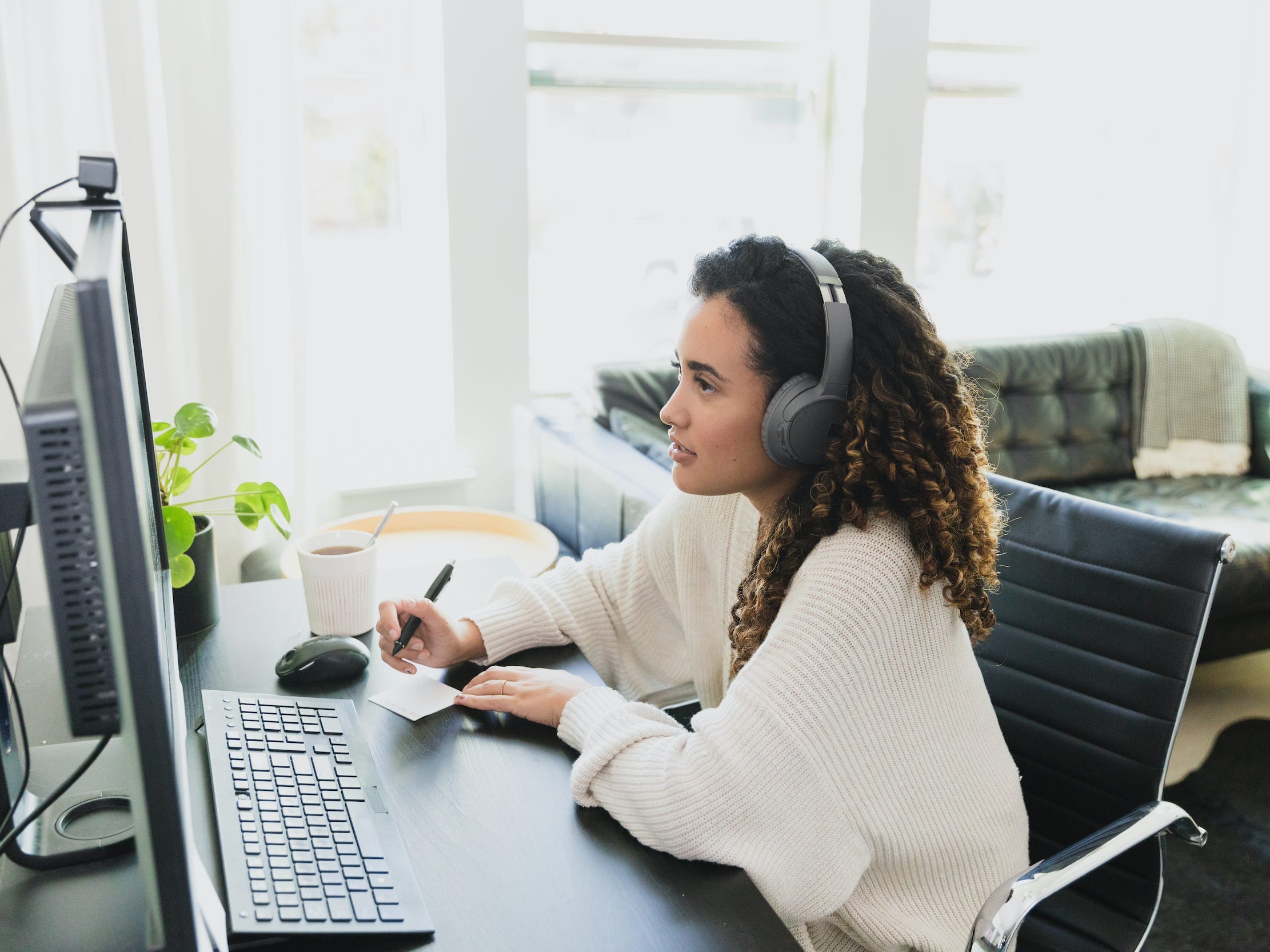 The average salary for an information technology, or IT, professional is currently just over $62,000, according to Payscale. But some ambitious workers do manage to snag positions that pay $100,000 or more — even without a college degree.

Insider tracked down three six-figure earners, who shared the strategies they used to open doors to lucrative IT positions.

Strive to outperform and network

Robert Bingham makes more than $150,000 a year as director of information technology at cyber-risk management company RiskLens. Early in his career, he decided to forgo college in favor of joining the US Navy. "I was too poor to afford to go to college, so the military made sense," Bingham said.

He believes his desire to outperform enabled him to steadily raise his salary from his entry-level $35,000 a year in the Navy to $104,000 as senior global cloud infrastructure and security engineer at Xerox Corporation 12 years later.

"My military training and drive to rise higher than my peers enabled me to stand out in interviews and overcome the ‘college degree required’ on many applications and job postings," Bingham said.

To make himself indispensable, he focused on maintaining previous connections with coworkers and peers, attending industry events, and getting multiple IT certifications. He also said he volunteered for extra projects and made himself a resource and mentor for others.

"I ensured I always stayed abreast of new and emerging technologies and standards," he said, adding that he never said no to a conversation.

Bingham set concrete financial goals for his career, always challenging himself to attempt to increase his salary by 30% each time he changed jobs. He said he’s currently working toward what he called "the magical $250K annually" by 2022.

"I ensured alignment with the internal teams and their mission, I didn’t let the clock dictate when I was done, I showed up early, worked late, and accomplished goals and met expectations in the top 1% every quarter within the company for seven years," he said.

His efforts resulted in quickly moving through the ranks at Xerox, establishing himself as the go-to resource for difficult and complex projects, and ultimately obtaining two director-level roles. This greased the wheels to up his salary yet again, landing his current position at RiskLens in 2020.

Grady Rodgers joined the IT world from a trades background running heavy machinery. He’s worked in a wide array of industries besides IT, including defense, education, television, and sports. In his current role as senior IT director for Pac-12 Networks, which he’s held since 2016, he commands a base salary of $175,000 with an annual bonus of 20%.

He points to his passion for IT as his secret to success. "It’s like anything — you really get out of it what you put into it," he said.

When he was getting started, he invested in a CompTia A+ certification that led to a help desk role. Willing to work everything in between, including roles as a systems admin, network admin, network engineer, security engineer, and technical account manager, he quickly made himself valuable.

Like Bingham, Rodgers attends free tech meetups and always has a project in progress to further expand his skills. He pointed to Cybrary, which offers free cybersecurity training and career development, as one of many tools he relies on to stay current and on-trend.

Rodgers also said he focused on developing his soft skills to overcome the lack of a college degree.

"One of the truly overlooked skills really is interpersonal skills, which is often lacking in tech workers and something I have had to work very hard on," he said. "No matter how good my technical skills are, the thing that has contributed most to my success has been customer service." After his mother was killed in a car accident, Burton Kelso attempted to go to college, but told Insider that he "discovered it really wasn’t for me."

So in 1993, he started his company with the sole purpose of helping people get more out of computers and technology. As owner and chief technology expert at his company Integral, he now makes $130,000 to $160,000 a year and is a national speaker and on-air guest tech expert.

Always putting people above technology is his secret.

"Technology is a people-driven industry," Kelso said. "Yes, you have to deal with making technology work, but it’s important to remember that 97% of computer failures occur because of people’s misunderstanding of technology."

Kelso also strives to be a valuable resource to his customers.

"It helps build your reputation as a problem solver if you’re consistently sharing your knowledge to help people solve common and uncommon tech issues," Kelso said.

He writes a weekly blog covering current IT issues people are encountering, and also offers a weekly YouTube video series that does the same thing.

"We all know the power of social media," he said. "Once you become a valuable commodity, then you will begin to attract the people that you want to come in contact with."

Finally, Kelso tries to always be friendly and well-rounded. One of his key tactics is to attempt to distract his customers from the annoying issues they’re having with technology by having light conversations with them as he’s fixing it.

"I try to take an interest in what things make them happy, which helps bring them back from the ledge and makes their experience with an IT professional a very positive one," Kelso said.