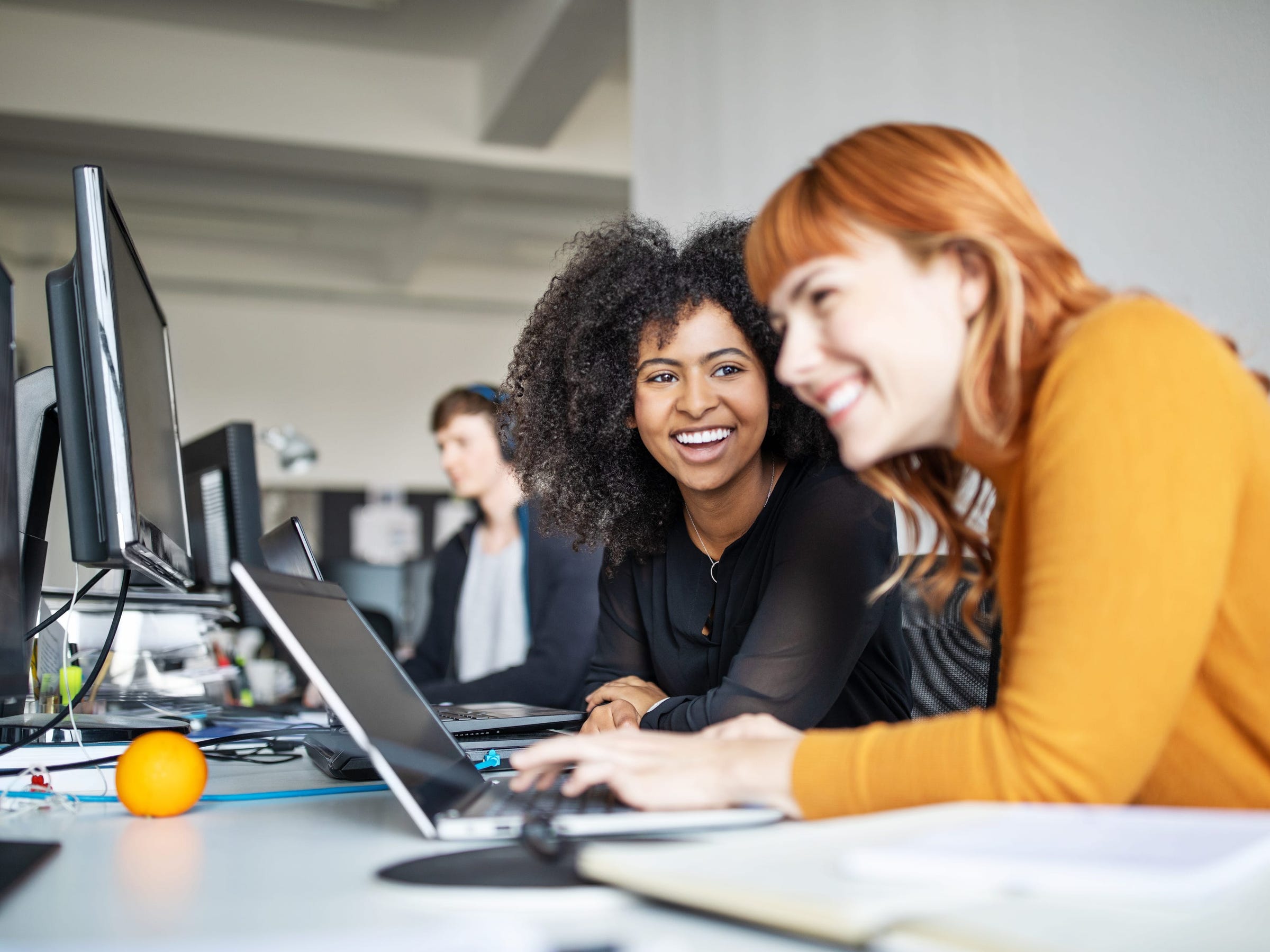 In 2017, IBM stripped the degree requirement from over 50% of its job listings. That same year, the tech firm developed the IBM Apprenticeship Program.

This "earn while you learn" program aims to offer the chance for people from all backgrounds — including those with no tech background or even a college degree — to receive hands-on technical training for in-demand fields such as cybersecurity, system administration, digital design, and engineering.

Apprentices can complete the program in as quickly as six months. Some have gone on to earn two to three times their previous salary.

"Our apprentices earn a competitive salary and have the same target salaries as roles that require a bachelor’s degree," Kelli Jordan, director of career, performance, and skills at IBM, said. "In some areas, employees in apprenticeship roles can earn nearly twice the local median income."

IBM now has 25 registered apprenticeship roles in 17 states and 30 cities, and the company has hired nearly 500 apprenticeship grads as full-time IBMers.

Jordan noted that the program is competitive.

"In some cases, we have over 100 applications for any one role," she said. "Our team works hard reviewing each application against the available roles and keeps strong candidates on record for future positions."

Alex Lorick, 24, went from working as a nightclub bouncer to working in IT

Born and raised in South Florida, Alex Lorick told Insider he tinkered around with developer courses for several years, but never fully committed to the career change. When the nightclub Lorick worked at as a doorman closed due to COVID-19 and he was laid off, he looked at IBM for its apprenticeship roles, having applied before and not been accepted into the program.

In January, he started as an IBM apprentice as a mainframe technician.

"It seems like this program is different — it touches a range I don’t have experience in," Lorick said. "It’s more IT than me just playing around with programming courses."

He added that when he was trying to acquire these skills by himself in a bootcamp, nothing ever really felt tangible.

"It was a lot easier to lose motivation," Lorick said.

Rodriguez spent most of his life working in retail, starting back in high school. At Duchess Community College, he studied electrical engineering technology, but upon graduation found it difficult to find a job.

"Everyone kept telling me I didn’t have enough experience," Rodriguez said.

To make ends meet, he started working as an assistant manager at Walgreens. "I couldn’t see myself doing that for the rest of my life," he said.

That’s when his former professor at community college told him about IBM’s apprenticeship, and Rodriguez applied online.

Once he started working, Rodriguez nearly doubled his salary. He graduated from the program last September and is now a full-time IBM employee in the role of engineering lab technician.

"Now I am doing a job that I actually like, I am getting paid more, and I get my nights and weekends off," he said.

Taylor Stein, 22, moved from the National Guard to protecting clients from cyberattacks

Taylor Stein worked for the national guard at the start of the pandemic and was tasked with going out into the community, working with the health department to educate West Virginians about COVID-19 safety protocol, and distributing PPE. Stein started in IBM’s cybersecurity apprenticeship program after applying online during the peak of the pandemic. As of March, she became a junior security analyst in Rocket Center, West Virginia.

She now makes three times the amount annually that she did in her previous job and can see a career path for herself in the cybersecurity field.

Stein is also a huge advocate for getting more women into the field and stressed the important role her peers played when she joined the program late.

"It’s worth it. You are getting paid to learn, and you are around other people who are learning with you," she said.