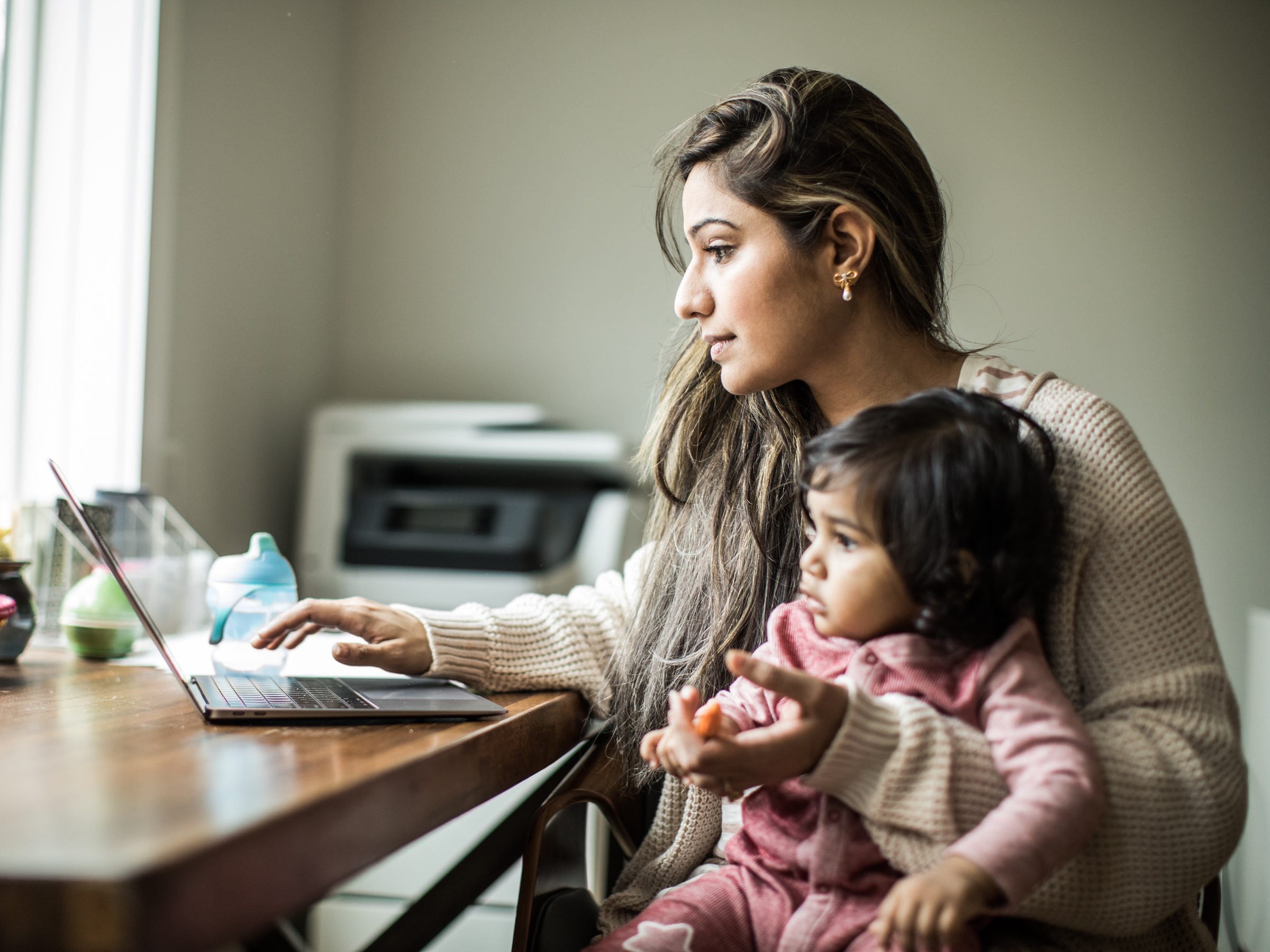 The pandemic revealed just how thin the line between work and life is for American parents. Without adequate childcare, women in particular were forced to make some tough decisions this year that could harm their careers for years to come, according to new data out from the New York Times.

Throughout the pandemic, women have had to step back from professional life, with many exiting the labor force altogether,  as childcare — and lack thereof — became an even greater issue across the economic spectrum. As Insider’s Ben Winck reported, JP Morgan said that a full economic recovery may not be enough to fully address gender gaps that the pandemic worsened. UBS said that school closures — alongside COVID fears — are the primary drivers behind labor shortages.

In a poll of 468 working moms the NYT and Morning Consult found:

Whitney Pesek, director of child care policy at the National Women’s Law Center, told Insider that the pandemic has been unique in impacting women across the board — previously, lower-income women were disproportionately impacted by childcare availability because they would generally have more unpredictable schedules or live in areas with less childcare available. While the issue of childcare was felt differently along income lines, "now we’re seeing more middle and high-income women also sounding the alarm about childcare because of the lack of slots."

A study from the NWLC and Columbia University researchers found that making affordable childcare accessible to all who need it would boost the number of full-time working women with young kids by 17%.

An impact on future earnings could leave women further behind

Pesek said that women getting pushed out of the workforce, or having to take time off, doesn’t just impact them in the short-term: They’re also accumulating less income and savings for later in life.

"The double edged sword of that is that, while women end up with less retirement income than men, they also tend to usually need more retirement savings because women tend to live longer than men," Pesek said. "Women are more likely to be single later in life and have higher health costs than men as they age."

Women opting out of opportunities, or leaving the workforce altogether, could exacerbate already-persistent wage gaps. Those wage gaps also have their own share of inequity, with women of color facing even lower wages than many of their white counterparts.

"I think that we’re going to be studying the outcomes of this pandemic on women in the workforce for decades," Pesek said.

While the fall of 2021 has loomed as a potential return to "normalcy" and work — especially as schools and childcare centers prepare to reopen — the rise of the Delta variant could also be threatening that.

"Women are having to rethink the plans again that they possibly laid for the fall thinking that there was light at the end of the tunnel and that they were going to be able to get back on track," Pesek said.