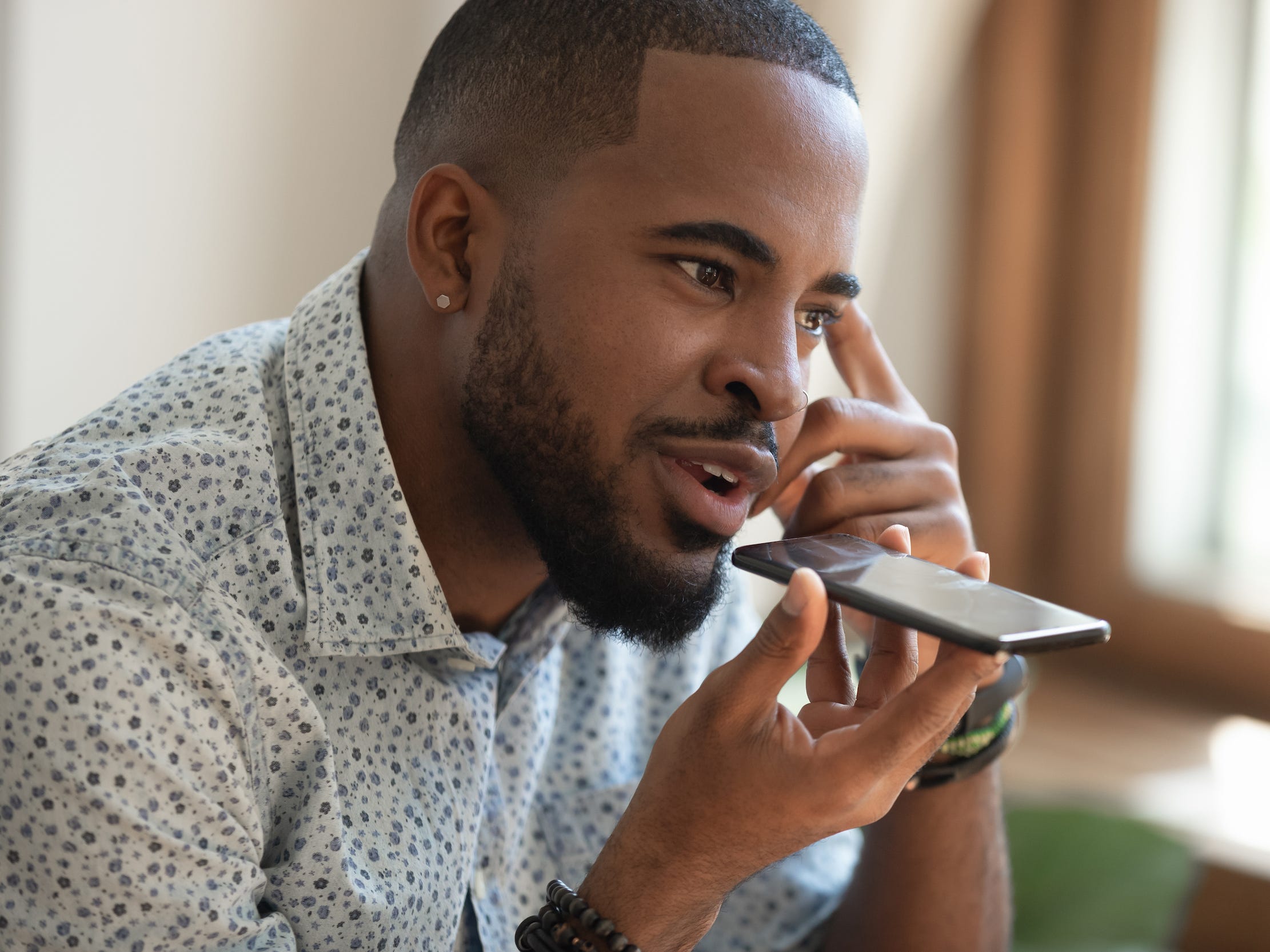 Personal assistants, or PAs, to top executives command on average $80,000 a year, according to Salary.com.

But they often work hard for their money and need to go to great lengths to deliver quickly and constantly on demands from their bosses.

Sometimes, these requests are downright quirky to any outsider — but for many PAs, it’s all in a day’s work.

Insider spoke to six PAs and executive assistants who currently work for remote-assistant platform Double and boast resumes that include positions at Deloitte, Visa, Target, and Danone (whose brands include Evian and Dannon). They shared a few of the craziest situations they’ve been tasked with handling in their careers.

‘I spent a month contacting more than 80 breeders.’ During COVID-19, the executive that Farida Guetatlia supported had a hankering to get a dog — and she had a very specific breed in mind.

"Unfortunately, that breed was not available anywhere in Switzerland, where she is based," Guetatlia told Insider.

So the personal assistant spent a month contacting more than 80 breeders in different countries before she finally found the dog that her boss was looking for.

"Of course, the dog was located in France, so then I had to figure out how to transport a dog across the country when everything was locked down," Guetatlia said. "But I worked some magic to make it happen, and now she is in love with her furry friend."

‘I had helped him organize a party in his flat the day before, and I was a bit panicked assuming something bad had happened.’ Lauriane Nagel told Insider that one day she woke up to 13 messages from an executive she supported who was living in Paris.

"I had helped him organize a party in his flat the day before, and I was a bit panicked assuming something bad had happened," Nagel said.

Still half asleep, the assistant opened the conversation and saw voice messages, animal and tooth emojis, and pictures of a skeleton. "Once I read everything, I realized that my executive was a dinosaur fossil collector and his flat is full of those old dinosaur skeletons," Nagel said. "He told me that a guest accidentally broke two of the dinosaur teeth and asked to find a dentist specialized in dinos in Paris ASAP. I was able to find a dinosaur fossil specialist at a museum nearby who was able to help with the repair."

‘I had to find a way to get this sandwich from Beverly Hills to Dubai.‘ Eddie Estrada started out as an EA and PA when he was a senior in college. He was a personal assistant to a reality star celebrity for a year, which he said taught him a lot about good and bad managers.

"Big personalities are putting on a show for the entire world, and also for you," Estrada said. "You have to learn what’s real and what’s not."

He later took on other PA roles, including working as a personal assistant at a finance company. Estrada said that while he’s had to "buy cars and do big things for clients," nothing matches a request that he received around a pastrami sandwich.

"I was working with a client from Dubai and he came to Los Angeles for a meeting," Estrada said. "He really liked a specific pastrami sandwich from Beverly Hills and wanted to take some home to share with his family, so I had to find a way to get this sandwich from Beverly Hills to Dubai. I had to organize vacuum-pack seals and freezer packs so we could deconstruct this sandwich for the flight home. And luckily it worked — the sandwich survived the trip."

‘The list was pretty crazy, including tracking down and buying a very specific and expensive boat.’ "Professional Tetris all day long" is how Kelsey Shackelford describes her role as an EA. Shackelford used to work as a director and led development efforts for nonprofits, but when her son got sick, she needed a job where she wouldn’t have to take work home — so she became a receptionist.

One of Shackelford’s most memorable task-asks as an assistant was when she started working with a new executive who had a backlog of items from his previous EA — to-do’s that he thought would be impossible to solve.

"The list was pretty crazy, including tracking down and buying a very specific and expensive boat, buying a car out-of-state, getting insurance for his family members, and dealing with a stack of old traffic tickets," Shackelford said. "The traffic tickets were surprisingly easy, those just took a few phone calls to resolve."

The hardest thing to check off on the list turned out to be the boat.

"It took some crazy Sherlock Holmes work to find someone who had this specific boat and was willing to sell it," Shackelford said. "Within two weeks, I had all of his backlog items done."

‘He wanted to find a hair salon that was also an arcade.’ Rebecca Ober went to school for fashion merchandising and thought she was going to be in the fashion world, but shifted gears because "it felt super cutthroat," she told Insider.

Instead, after meeting a hair stylist at a club in New York, the two became friends and Ober started working for him as an assistant.

"I was his right hand from the very beginning," Ober said. After that, she took on other EA roles, including as an executive assistant to multiple CEOs.

Once Ober had to plan a trip to China and Japan for an executive and handle all of the visas and paperwork to make it happen. But when he arrived in Japan, he had an unusual ask.

"He wanted to get a haircut, but not at just any salon," Ober said. "He wanted to find a hair salon that was also an arcade — I didn’t even know that this existed."

The assistant explained that she got "really creative" and did find an arcade hair salon for him.

"He wound up not even getting the haircut in the end, but now I know that a whole new category of salons exist," Ober said.

‘He was calling me at 2 in the morning my time trying to figure out how he could get back.’ Lana Wilkinson got into the line of work by landing a job as a receptionist covering for a friend’s maternity leave right out of college. She was supposed to be there for three months but stayed for three years.

"I don’t think anyone wants to be an admin when they grow up — nobody has said that ever," Wilkinson said. "I never planned on making this my career, but I was good at it, and it’s interesting, so it’s where I landed."

One executive who Wilkinson supported had to be in Chicago until 8 p.m. for work, and then had a meeting in Monterrey, Mexico, at 8 a.m. the next morning.

"He wanted me to fly him that night from Chicago to Monterrey, but you actually can’t do that because the Monterrey airport is closed at that time," she said.

Wilkinson suggested that he fly into San Jose and get a hotel room for the night, but her boss was insistent that he wanted to drive from San Jose to Monterrey as soon as he landed.

"The next day he called me and told me that he wound up driving with his head held out of the car window the whole way because it was so foggy that he couldn’t see the road," she said. "After that, he stopped arguing with me about travel arrangements."

Another time, Wilkinson had an executive who was on vacation on a remote island off of an island in Italy.

"It was a tiny place you had to take a small plane to fly into, and then take a ferry to get there, so there were a lot of travel details to work out," she said. "The exec wanted me to book the cheapest flight option for him, which ended up having a lot of connecting flights through different airports. There was a family emergency while he was there, and he tried to cancel one leg of his flight home. Except he accidentally canceled his entire flight home and was stranded in Italy. He was calling me at 2 in the morning my time trying to figure out how he could get back. From then on, he left the travel details to me and didn’t try to book his own flights."