A 19-year-old fast food boss on $50,000 a year gives his 4 biggest takeaways from his first 7 months of management 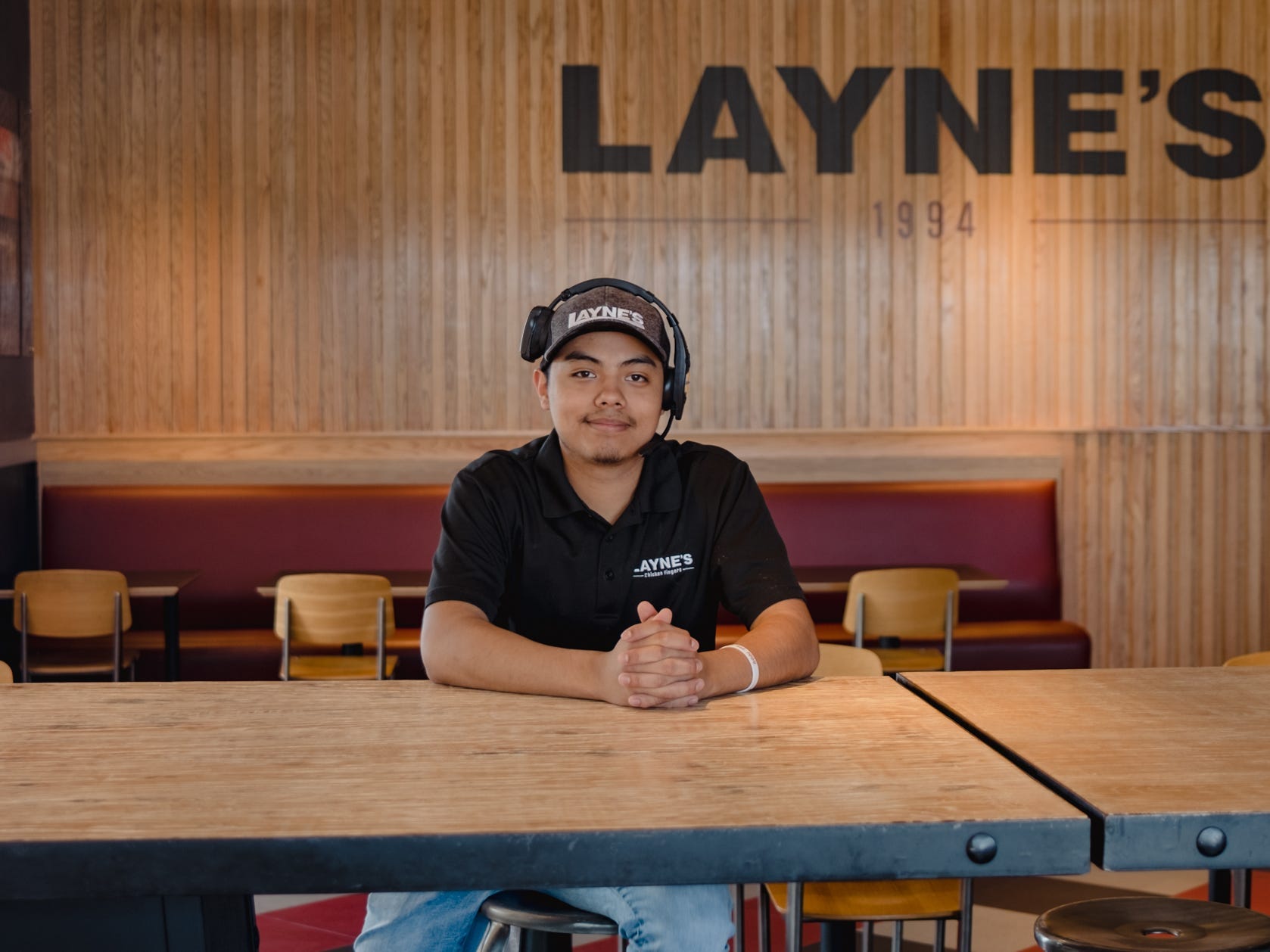 A 19-year-old manager of a chicken restaurant earning $50,000 a year told Insider what he’s learnt in his first seven months on the job.

Jason Cabrera, general manager of the Allen, Texas branch of Layne’s Chicken Fingers, started out buttering toast for $9.25-an-hour at the restaurant in late 2018, and now manages 22 people.

Garrett Reed, the CEO of Layne’s, told Insider in a separate interview that he would "usually have at least a handful of seasoned managers, people in their late 20s, early 30s." However, he promoted three teenagers to general manager roles in recent months as the industry-wide labor shortage meant few experienced workers had applied.

He embraces his responsibility: "Anything that happens inside of that store is on me."

When Cabrera accepted the job in January — one week after his 19th birthday — he said that he took on a raft of new responsibilities, including calculating labor costs, dealing with suppliers, and managing up to eight employees per shift.

Cabrera said his role forced him to mature quickly.

"When I started working I was still a young kid that liked to have fun," he said. "That was the problem. I had too much fun but I guess as I started getting into the role and whatnot, I matured so quickly without really noticing."

Read more: The labor shortage has come for bank branches, forcing America’s banking giants to rethink how to stay competitive

Cabrera focuses on providing excellent customer service — and demands the same from his staff.

Cabrera said a big part of his job is devoted to keeping customers happy, and he looks forward to every Tuesday when Layne’s offers discounts, as he usually interacts with more guests.

"I really love seeing our parking lot filled with a bunch of cars," he said.

And he demands the same attitude from his workers: "Every time I bring it up to someone I’m hiring, I let them know: ‘Hey, I care this much about guest service. You need to care this much as well if you’re coming into this job.’" He prefers to hire people into their first jobs

Cabrera said that he was "huge on recruitment" and prefers to hire people for whom it’s their first job. This is because it is easier to train them in Laynes’ way of doing things.

"I think it’s a really good thing to get those people in because it’s their first job and you can kind of build them up to be great," he said.

Indeed, all of his team are aged between 16 and 21 but their relative youth has not led to a drop in Cabrera’s standards, which include providing top-tier service and working with a sense of urgency.

"I make sure when I do my interviews and whatnot, people know that I have high standards," he said.

Cabrera said that, so far, he hasn’t dealt with any major problems in the job, except one — finding enough workers.

He told Insider he expects to lose half of his staff in the next few weeks as they go off to college, and checks hiring service Career Plug on a daily basis.

"I always refresh that page every day. I’m always looking for someone and there’s days I won’t get any. There’s days I’ll get five," he said.