A banker quit to become a chef and saw his bank balance drop to $230. Despite burnout and a pandemic, he would never go back. 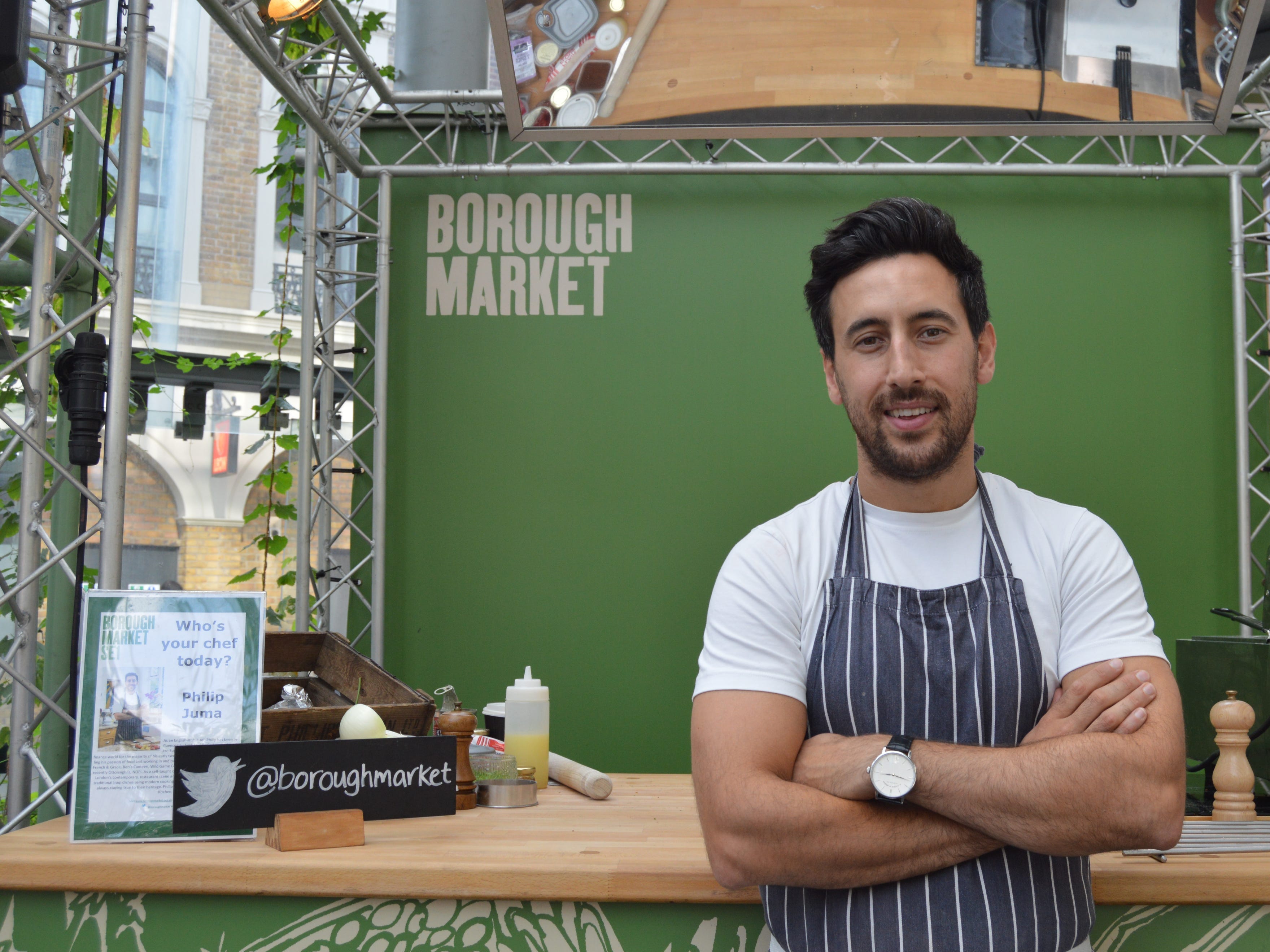 Food has always been part of Philip Juma’s life.

Growing up in London to an Iraqi father and an Irish-English mother, he remembers bringing Iraqi-inspired dishes into school for his friends to try. Food was Juma’s calling, yet he entered the cold, logical world of finance.

He achieved a 2:1 in economics for business from Leeds Metropolitan University, UK, before taking a job in the City, first for a series of wealth management startups, then for UBS.

Working through the 2008 financial crisis took its toll, and food still held a certain fascination.

He would spend vacations and weekends working shifts in top restaurants, but didn’t feel like he was able to make the jump. He also didn’t want to disappoint his parents.

"You convince yourself that this is what people want from you," said Juma of his high-flying finance career.

It took six years to finally make a change.

He left finance, becoming an account manager at an energy consultancy. It involved fewer hours and meant that he could earn a wage while honing his experience running occasional supper club pop-ups, working freelance as a chef for hire company and covering shifts in restaurants.

To the dismay of his Dad, in 2014 he quit his job in consulting and decided to start cheffing full time — despite being unable to afford cookery school.

"My Dad said: ‘You’re going to quit a well paid job in finance to become a dishwasher?’," recalls Juma. "It was hard, I hadn’t worked out anything, but knew that I just wanted to put Iraqi food on the map."

He spent the next seven years in various cookery roles: running pop-up restaurants, cheffing at events, working as a freelance chef, and a stint managing a Lebanese restaurant in London.

Pursuing his passion meant a serious dent to his finances.

His income dropped from a take-home of roughly £2,500 a month after tax — to taking home around £300 ($500) after he’d cover the staffing, venue, and food costs of his once-monthly pop-up — which would be three days full work.

His income wasn’t always so low, but was inconsistent, based on wedding seasons or on a job-by-job basis.

"It’s very alienating because it makes you ask whether you’ve made the right decision. ‘Of course I should be out for dinner with my friends tonight — but I can’t afford it’," said Juma.

Opening at a famous London food market was a breakthrough

But when the doubts crept in, something would generally to give him motivation.

Out of the blue, he received a call to train chefs on a Saudi royal yacht. Earlier in his career he’d been offered a column in the Evening Standard newspaper.

Then in mid-2019, he was given the chance to finally make a consistent income. Borough Market, the famed London food market,was looking for new blood. Juma applied, and was accepted. Juma Kitchen, his first permanent site, opened in December 2019. It gained momentum, and Juma estimates that he worked between 14- and 16-hour days.

Then COVID-19 emerged, and restaurants had to close their doors.

"Borough was my first opportunity to make a consistent income, and it’s been taken away from me," said Juma.

He said that he has suffered burnout during the pandemic. Being open on social media about his need to slow down — and the support he received in return helped him find a better balance and learn that it’s okay to step away at times.

Juma Kitchen is open again, but takings are roughly 60% on what they should be. He’s optimistic that when the tourists and office workers return it will "shine".

In the meantime he’s been able to build his reputation, appearing on the BBC to cook his food, which has received rave reviews, being invited to cook at festivals.

Make the change slowly — don’t jump all in

Despite the challenges, Juma says he would never go back to the stable comfort of a city career, and no longer suffers doubt about his career choice. He says that his parents are very proud.

Nonetheless, he has advice for anyone considering leaving the stability of a full time career: Don’t jump all in straight away.

"Have a mini earner on the side or cut down your hours so you get some income," he said. "Structure your life so that you’ve still got the safety net that pays all your overheads, but gives you time to pursue what you love."

"You need to be ready for a level of discomfort that is interrupting what we always think is the norm."