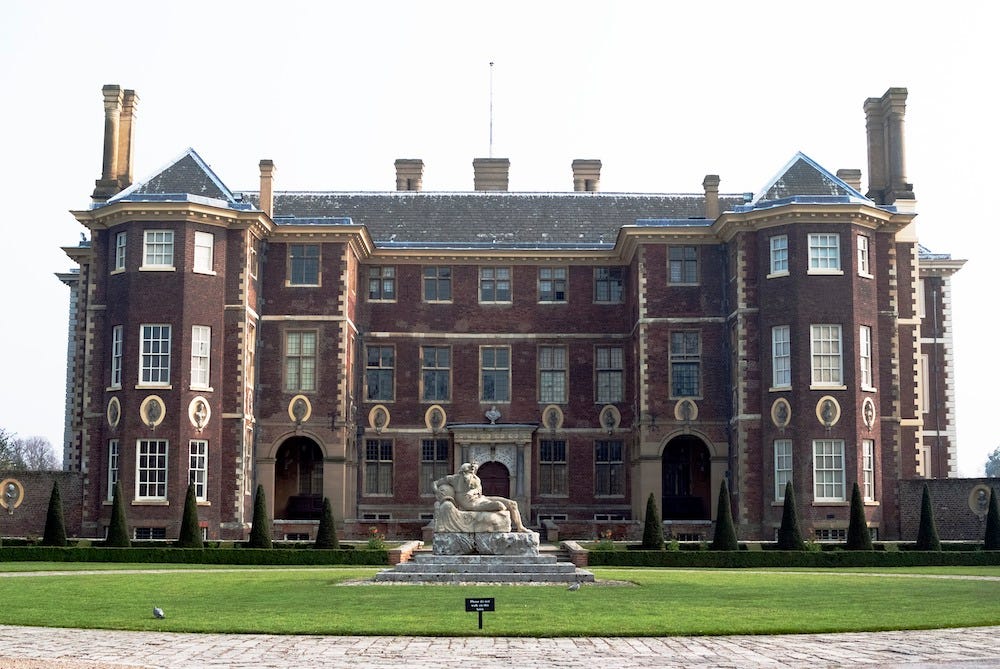 A UK conservation charity is giving some staff and volunteers longer lunch breaks during the summer because of climate change pushing up temperatures in the middle of the day, it says.

The National Trust, a conservation charity, said staff and volunteers at Ham House, in Richmond Upon Thames, London, have the option of changing their hours so that they start earlier and take a long lunch break during the hottest part of the day, before returning later in the afternoon.

In 2019, Ham House was forced to close to visitors when temperatures peaked over 104 Fahrenheit (40 degrees Celsius).

The charity said the options were similar to the "Mediterranean hours" seen in countries like Spain and Italy, where workers will regularly take ‘siestas’ during the afternoon, when temperatures are hottest.

"It’s fair to say that as we experience more extreme temperatures, we will be looking to offer Mediterranean working hours, especially in the east which is likely to experience more frequent higher temperatures to ensure the health and safety of our staff and volunteers," it told The Guardian.

A National Trust spokesperson told Insider that Ham House was currently the only site offering the choice, but that other sites may consider similar plans, in exceptional circumstances, as the climate warms.

The charity — which conserves more than 500 historic houses, 780 miles of coastline, and 250,000 hectares of farmland across the UK — revealed the plans alongside the publication of a four-year study into the impact of weather conditions on visits to its sites.

It said a warming climate could pose a threat to the UK tourism industry. Based on 85 million individual visits, it showed that visitor numbers began to decline once temperatures topped 84 Fahrenheit (28 degrees Celsius).

Planting new trees for shade, improving ventilation, and new flood prevention programs were some of the other options the trust was exploring in light of changing climate conditions, it said.

A recent study shared by the Meteorological Office, which monitors UK weather conditions, predicted that the UK could see an extra five extremely hot days and eight extra days of intense rainfall a year if temperatures rise to 1.5 degrees above preindustrial levels.

Last month, the Intergovernmental Panel on Climate Change issued a stark warning that global temperatures were likely to rise by more than that within the next two decades.

As global temperatures continue to rise, organizations around the world will increasingly have to think about the impact of extreme weather on their workers.

A report by the Union of Concerned Scientists predicted that by 2050, 60% of outdoor workers in the US could face a week’s worth of days annually where it’s too dangerous for them to work.

More than 200 people died as a result of the heatwave that scorched the US West Coast earlier this year — many of them had been forced to work through the heat. Farm workers and line chefs were some of the professions most at risk.

Extreme temperatures and raging wild fires around the world have forced city authorities in both Miami and the Greek capital Athens to hire chief heat officers in order to help residents and workers stay safe.