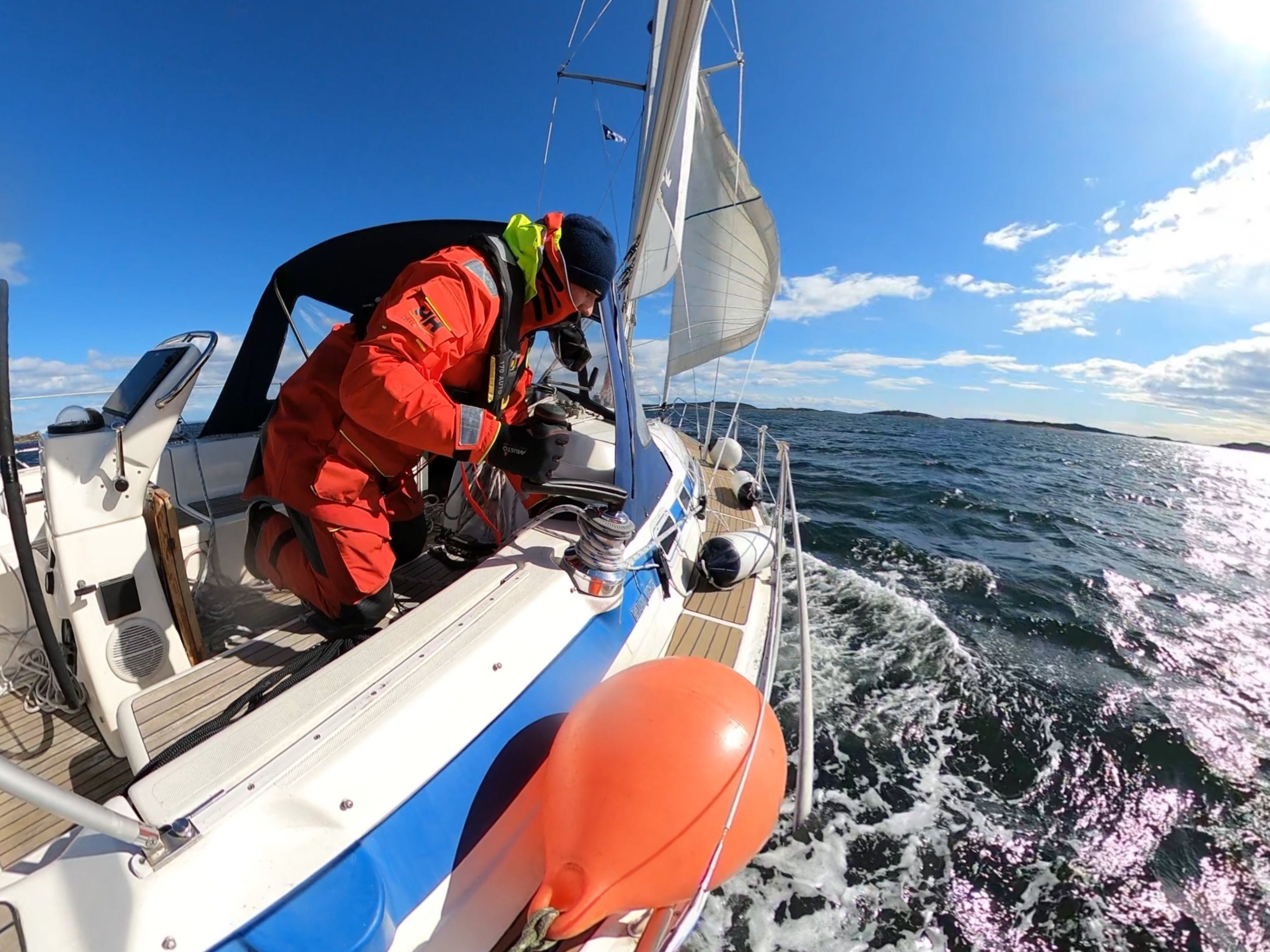 At the time, Ronny Pettersen, a Webex engineer at the tech company, had relocated back to Oslo, Norway, after a breakup. He was tired of being inside his apartment all day and decided it was time for a change. Two months later, Valentina, a 1996 37-foot Bavaria sailboat, would become Pettersen’s home and office.

"We all have this dream of sailing around the world, right?" Pettersen said.

The rise of hybrid and remote work has meant some employees are giving up their traditional living situations in favor of unconventional accommodations. In July, Cisco implemented its "no return to office" policy, allowing Pettersen to continue to live as a nomad.

Living at sea provides Pettersen and the company better insight into the needs of their customers, he said.

"I need to experience new things and this 8-to-4 life is not for me," Pettersen said. "I need to do things differently." Pettersen wakes up without the aid of an alarm clock. Mornings on a sailboat, much like his sleep schedule, depend on natural cycles.

In the winter months, Pettersen spends his morning repairing the boat and removing snow. In the summer, he either takes a walk through Asker, Norway, Valentina’s home harbor, or goes for a swim.

For Pettersen, the tranquility of life at sea is unmatched.

Pettersen sets himself up for work.

He sometimes works from the Cisco office or an Oslo apartment. His coworkers often play a game and guess where he is.

The sound of the wind, sea, or the engine will sometimes interrupt his phone calls, giving away his location.

"There’s always the challenge of keeping the meeting as normal as possible while as much on the outside is going on," he said. "It’s kind of funny." Pettersen works on Cisco’s WebEx devices beta programs, designing the hardware for video conferencing. Living on a sailboat has been the perfect test of the technology, he said.

Pettersen and his team use his living conditions to "push the boundaries" with their products.

"We’re kind of testing the technology," he said. "Because if the noise suppression does have some issues, if the participants for some reason start hearing engine noise, then we need to figure this out." After work, Pettersen’s office becomes his prep station, and he uses Valentina’s kitchen to whip up a meal. The smaller appliances mean frozen pizzas are off the menu, which is one thing he misses about living in an apartment, he said.

Valentina’s appliances may be small, but the boat is larger than his previous one. Pettersen, who is a self-taught sailor, owned a smaller sailboat for a couple months before purchasing Valentina.

Pettersen learned the ins and outs of the activity from the internet and books, including "Seil og Rigg," which remains sprawled across his work station.

Before turning in for the night, Pettersen may work on upgrading or repairing Valentina.

"There’s always stuff to fix here, things that break or need to be upgraded," he said. "I’ve spent many evenings fixing and sorting out stuff."

While Pettersen’s upgrades, including solar panels, have made Valentina more efficient, he has yet to set sail past the coast of Norway and Denmark. Pettersen is hesitant to travel to a country he couldn’t enter or would get stuck in because of lingering lockdown measures.

Some Cisco employees have used lockdowns and the company’s flexible work-from-home policy as an opportunity to jump in vans or escape to remote cabins. But there is one thing that an office, apartment, cabin, or car doesn’t have.

"The best part is, of course," Pettersen said, "being out at sea."