A day in the life of a divorce lawyer for NYC’s wealthy elite, who helps split up millions in assets, deals with bitter rivalries and cheating partners, and always makes it home by 6 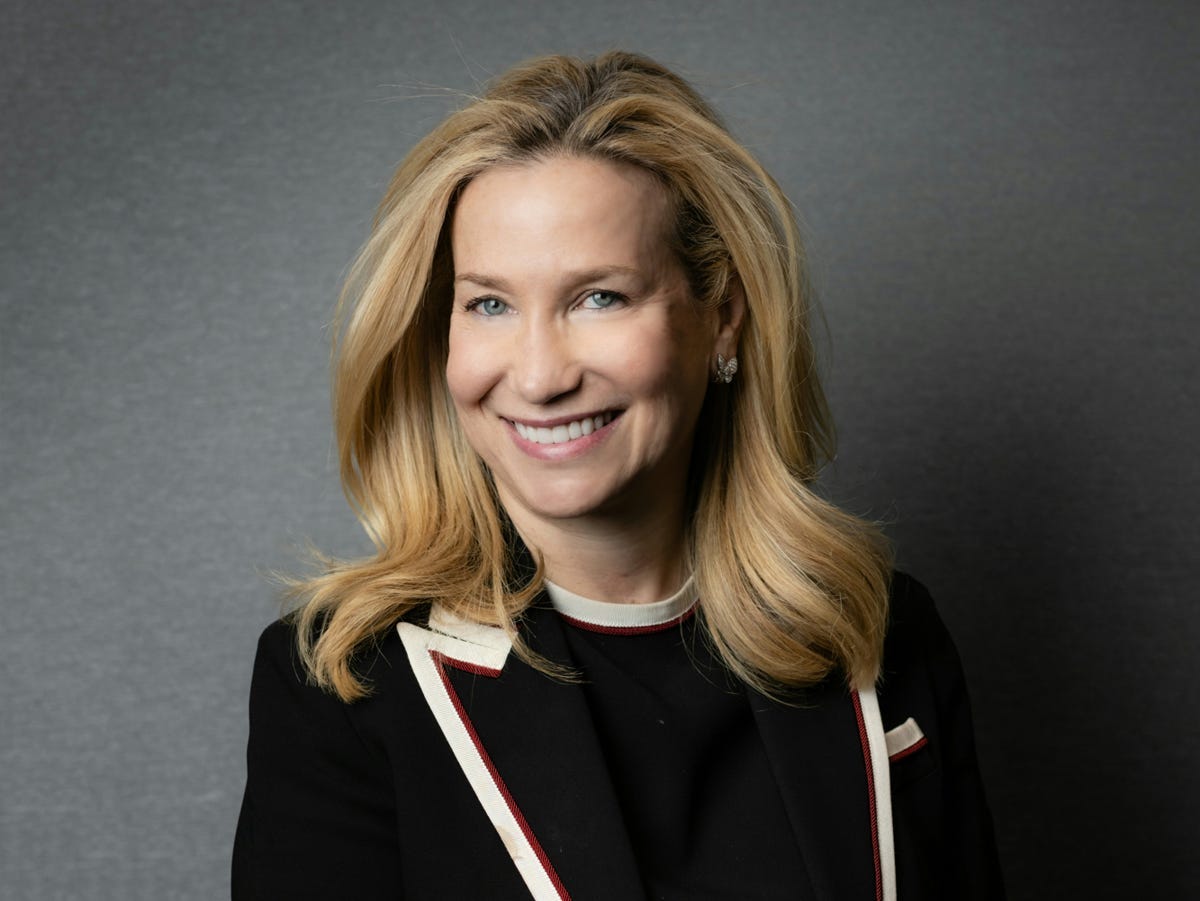 Nancy Chemtob, 56, is a partner at Chemtob, Moss, Forman & Beyda and one of New York City’s premier divorce attorneys. Her focus is elite divorces, for those with $15 million in assets or more — past clients have included Diandra Douglas, Michael Douglas’s now ex-wife, and Stephanie Madoff, daughter-in-law of Ponzi schemer Bernie Madoff.

She holds a BA from Syracuse University and a JD from the University of Miami. Brought up in a family of lawyers, she was drawn to matrimonial law after representing women who were convicted of killing their abusers while in law school.

She founded her firm in 2002 with Susan Moss, another lawyer whom she first met when they represented opposing parties in a divorce case three years earlier.

Chemtob isn’t fazed by complex legal and emotional issues — she worked on the first-ever same-sex divorce case in New York, for example. She told Insider she charges $960 per hour and is busier than ever, estimating that enquiries at the firm have surged by almost one third as a result of the pandemic.

Wealthy couples faced a distinct challenge during lockdown, often unused to spending extended periods of time together. Resulting frictions have been a boon for Chemtob’s business.

Chemtob lives in the West Village with her second husband, Michael. "My divorce really helped me with my clients — now when they say, ‘Wow, it’s so expensive,’ I tell them, ‘I know, I paid a fortune,’" she said.

COVID-19 turned much of her in-person work virtual, but her routine is slowly returning to normal — here’s how a typical day unfolds.

She wakes up not once, but twice, every morning

"I’m a horrible sleeper, so I wake up around 3 a.m. and start reading interesting things on my computer — art auctions, maybe, or Streeteasy. I feel like I’m a real-estate broker sometimes because I have to know that much," she said. Both these areas are regularly contentious in divorces.

She cited one split where the couple had an $18 million home in Manhattan and an $8 million Hamptons country house. As a result of the pandemic, the values of each property flipped — and thus so did the negotiations around dividing the spoils.

Likewise, another client contested the prenup she’s signed with her husband, which protected his Warhol collection should they divorce. It stipulated that he could retain not only the artwork he brought into the union, but also any additional Warhols he acquired while married. Chemtob’s client insisted that, since marital money had been used for the latter, she was entitled to reimbursement. Chemtob said she secured that concession, albeit without appreciation on the value of the masterpieces.

Chemtob said she’ll then go back to sleep and wake up at 7 a.m., when she’ll meditate. "It gives me equilibrium to get through the most difficult times. I can’t really react when I have people hysterical, crying, or so anxious. I need to be their rock," she said.

Her husband brings coffee to her in bed and then she’ll weigh herself, as will Michael. "I’m at the point where we now write it on a chart, and both decide ‘We’re fat,’" and start dieting again, she said.

Her secret to weathering an overwhelming schedule? An old-fashioned paper planner.

Chemtob drives to her office on Madison Avenue and 54th Street to meet with her assistant, who’ll greet her with more coffee and a little fresh fruit, before going through the day’s schedule. She has a paper day planner that she’s used since starting out as a lawyer and updates it the old-fashioned way, with Wite-Out. One thing Chemtob can’t control: court appointments. In pre-pandemic times, she explained, a 9.30 a.m. meeting with a judge could last 30 minutes or drag on throughout the day. Such sessions are now conducted virtually. "We have to work just as hard, but it’s one of the biggest downfalls of the pandemic that you’re not there in person, rolling up your sleeves," she said.

Her morning could include meeting with new clients, like one middle-aged woman who left her agog. "She was nice, sweet, a little heavy — the kind of person who looked like she’d offer to go get you coffee," Chemtob said.

Then again, it could be someone like the wealthy Manhattanite who arrived, flustered, and sought Chemtob’s counsel: She’d just discovered that her husband had spent the last five years splitting time between their marital home and a secret apartment in Soho he shared with his boyfriend.

Early in her career, Chemtob recalled, she second-guessed herself after agreeing to work with one particular man. At their first meeting, he warned her that she should never walk into a room if there was plastic on the floor. "Now, where I grew up, that means someone is painting the ceiling," Chemtob said. "But he meant that it’s easier to clean up a murder scene that way. He was a shady character. Every time I asked him to pay me, he said, ‘What are you going to do if I don’t pay?’"

She often grabs something to eat in-between meetings

At 12 p.m., she’ll ask her assistant what the soup of the day is at Casa Lever and then order in for both of them.

While eating, she said she’ll often use that time to prep for her afternoon, which could include a settlement conference.

"I’m a lion tamer, but in this case it’s the attorney on the other side who needs to be tamed," she said. "People like to get into it with me, to see if I’ll fluster or flinch, but I pride myself on my poker face. We’re in the customer-service business, and the best job we can do for a client is to get it over with as quickly as possible, with the least amount of money spent."

Money remains contentious, even when couples have eight figures or more. "I have a client who gets $150,000 per month in support and she calls me all the time to say, ‘I don’t have enough money,’ and I feel for her," she said. Even when you start with $500 million, she added, "the houses, the household staff, the art, the cars, and the plane — it all adds up."

She’s proud of the occasions where she manages to de-escalate divorces at these meetings. Take one client, a wealthy woman who’d hired Chemtob to manage her split from her husband, who’d signed a prenup before their marriage.

Initially, they tussled over the watches, the cars, and the property she’d purchased for him — per that agreement, he was required to return everything. "But at the settlement conference, she said, ‘Anything you want, anything you believe is yours? Take it and enjoy it,’" Chemtob said. "They got teary-eyed. They loved each other, but they weren’t meant for each other after that many years."

Still, Chemtob more often encounters "Wars of the Roses"–like splits. She worked with one couple who’d agreed to alternate living in the marital apartment every seven days until it was sold, but each would try to needle the other at week’s end. The husband left a copy of "The Art of War" on the kitchen table, Chemtob recalled, then his soon-to-be ex-wife Krazy-glued the kitchen cabinets shut.

Chemtob had to intervene in another split, when her client found out his husband was cheating on him and planning to take his new lover with him on a business trip to Europe.

"The husband was going to a really important business meeting as soon as he landed," she said. So, her client "unpacked the bags, cut all the crotches out of his pants and shorts, then repacked it again," she said. "That’s how upset he was."

She sometimes has to rush to court for unexpected emergency motions

Emergencies can arise that derail Chemtob’s painstakingly planned day and force her to file an emergency motion in court.

Perhaps a woman is shopping at Bergdorf Goodman and calls, hysterical, because her credit cards have stopped working after the bank accounts have been emptied, or a mother discovers her soon-to-be ex-husband is at the doctor, seeking ADHD medication for their child.

"Once, a client called me and said, ‘I don’t know what to do, because there’s a woman I don’t know sleeping in the room next to me.’ The husband brought a woman home in the middle of the night," Chemtob said, "So we got an emergency application to ensure exclusive use of the house."

She was also involved in a high-profile custody and divorce case that dragged on for nine months. One of the mothers, a Briton, was planning to take their adopted child overseas — Chemtob filed an emergency motion to prevent that.

By 6 p.m., no matter what, she’ll ensure she’s ready to leave the office

Chemtob’s fanatical about ending her day promptly, whatever unexpected meetings or motions have occurred — at 6 p.m., after a little more meditation, she’ll leave the office.

She adjusted her schedule after a moment with her oldest son when he was in third grade.

"He gave me a calendar and said to me, ‘When are you going to be home for dinner?’" she said. It prompted Chemtob to ensure she was home by 7 p.m. to eat with her family each night, and then finish any lingering work after the boys were asleep.

Her sons are now adults — Jack, Oliver, and Spencer, aged 25, 23, and 20, respectively — so Nancy and her husband will often go out in the evening with friends. Referrals from her social circle are the core of her practice. "My life is business development, so every night we’re out socially," she said. "I got a client who was a mohel at a bris I attended, and once I got one when I was in an elevator on vacation."

Even when they’re home, though, she might still be working, as with the client who would call her after her husband had attacked her. Chemtob would stay on the phone with her until the police arrived. "They’re still married, and they’re in the papers all the time, smiling," she said. "You never know what goes on behind closed doors. That’s the problem with my job: I actually really care, and I have to be there 24/7."

NOW WATCH: Why Pikes Peak is the most dangerous racetrack in America