A day in the life of a security specialist helping the ultrawealthy protect their properties, children, and online lives from threats 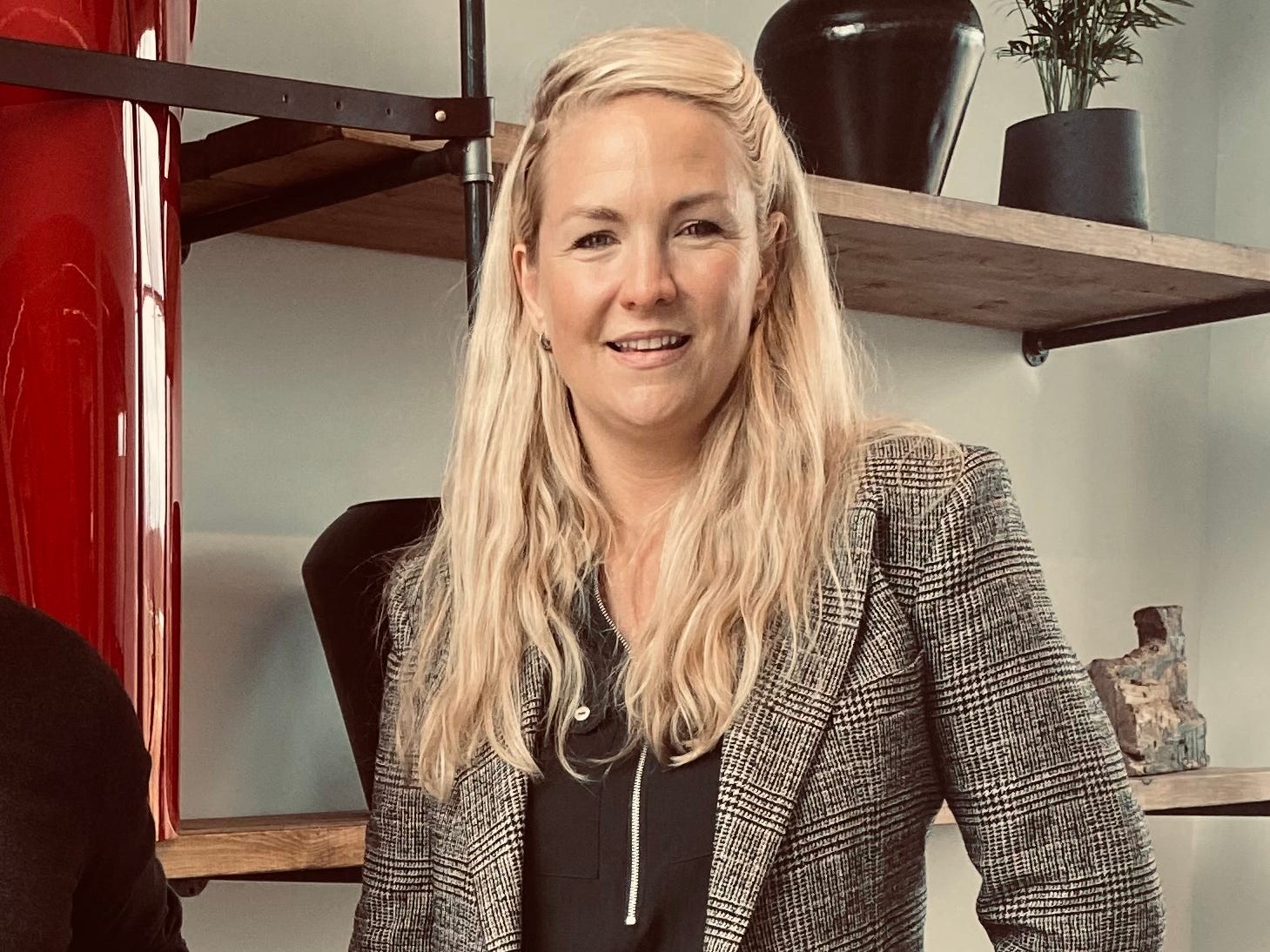 Kate Bright, the 42-year-old founder and CEO of Umbra International, is one of the foremost security specialists for ultra-high-net-worth individuals anywhere.

While her firm’s headquarters are based in the UK, she operates worldwide via partner offices in Switzerland, the US, South Africa, Dubai, and Singapore. The six-foot-tall Briton, who’s fluent in French and conversational in Russian, Spanish, and Italian and once tried out for the English netball team, worked for three different family offices over a 15-year period before setting up Umbra in 2015. It was this experience that primed her to work to keep wealthy families safe and now helps her source leads for her business, since chiefs-of-staff trust the judgment and competence of an alumna like her.

Bright told Insider her rates start at￡250 (around $350) per hour — she’ll either bill clients hourly, much like a lawyer, or agree on a project fee upfront for larger, longer-term partnerships.

While Bright travels extensively as part of her role running Umbra, here’s what a typical day for her is like working primarily out of the London HQ.

Bright, a devoted athlete, said she doesn’t miss a day of exercise, whether that entails running, training, or yoga. She’ll try to work out during the period before 9 a.m. London time, although she might allow for an urgent Zoom call after 8 a.m. if needed. "I’m an early riser, and meditation is a key part of my ritual," she said. She trained at the London Meditation Centre, which champions the vedic method — displacing chanting with silent meditation and reflection. "I need that ability to tune into a calm before the day starts," she added.

The day starts with a site visit for a new client

Bright’s approach to security is holistic, emphasizing brains as much as brawn.

When she works with a new client, the first step is delving into their physical and digital lives to test for weak points, sort of like a secure lifestyle audit. This process will include a visit to their home, or homes, to perform a detailed sweep of the property, flagging adjustments or changes that will improve its impregnability.

Bright and her team will also check for bugs. "One of our clients moved into a new property, and there had been another high-value person living there before, so we needed to do a technical sweep to check for the frequencies used in listening devices, or even signs they might have been deployed previously," she said. In this case, the latter was true — no devices remained, but the house had definitely been bugged in the past. She made a courtesy call in warning to the previous owner as a result.

The COVID-19 pandemic has meant many of her clients have moved out of their primary city residences, either to country estates they own or by renting homes, swapping Belgravia for Bermuda or the Bahamas. She doesn’t book those properties but will offer counsel when shown different sites. "One of our clients wanted to rent a villa in Mykonos, and it was exposed on all sides, so we recommended another place that had already been visited by another client and was much safer," she said.

COVID-19 has also broadened her role in clients’ day-to-day lives. The head of one well-known family died during the pandemic, albeit not from COVID-19. Their business interests make the family a household name in Britain, so it was up to Bright and her team to manage the security of his funeral, while juggling constantly shifting rules over gatherings from the UK government. She also helped coordinate the flights of mourners coming to the UK.

After she’s finished a site visit, Bright will likely head back to the office for a cybersector check, which also forms part of the onboarding process.

"One of our clients had sold their business and didn’t realize there were forums on the dark web spreading false information about them," she said. Such disinformation can translate into real-world danger, even an attack. The firm is now working on its own proprietary app that clients can download onto a smartphone that will offer both assistance and assessment of risks on site at the push of a button.

In the last 18 months, Bright has seen a huge uptick in requests to help clients set up IT infrastructures securely. The default messaging apps preferred by her sector include Telegram and Signal — far more secure than WhatsApp, she said. "

When a client feels insecure, we give them peace of mind by giving them a burner handset, a fresh clean mobile phone, and any other hardware, too," like a laptop that remains offline and unconnected to the internet, she added.

Lunch is the time to drum up business and decompress

In pre-COVID-19 times, Bright would usually take lunch at a private member’s club like Soho House or the Ned. "It’s quite efficient to be able to do everything in one place — it’s where I have lunch and can go to the gym," she said.

As a former chief-of-staff, she’d often meet with colleagues in that field who might be referring clients or with law firms, another huge source of business. Roughly one third of revenue derives from corporate referrals, another third from individuals recommending her services to their friends, and the final third via the various associations and groups to which she belongs.

Bright’s diligent before accepting a new client, and always refuses those whom she calls "politically exposed" — think people where the threat to their safety is from their own or another government. Their needs surpass the safety her boutique firm can guarantee. "If I’m feeling I need an energy boost, I’ll do 40 minutes in there. I feel incredible afterwards — so much of what I do is complex problem-solving, so I need to be very attuned," she said, "I’m a closet Californian, and I love a bit of biohacking."

Recruitment is a permanent need

Clients rely on Bright to source personal security for them, and she has particular expertise in recruitment.

All of those whom she places must hold, or apply for, a close protection license, which requires taking a 160-hour course that combines practical and theoretical lessons.

"I loved doing it, and in fact, the course unlocked this whole idea for me," Bright said, noting that there’s a surge of interest in female close protection. "Demand for women is running at 15%, but only 5.75% of all license holders are female," she added.

In some cultures, often the Middle East, families prefer same-sex protection — it’s more natural, for example, for a woman to accompany her client to the bathroom in a public place. High-net-worth divorces have driven this, too: Conventional families might perform custody hand-offs in coffee shops, but for Bright’s clients, it could involve a long-haul flight between countries for the child or children. Female operatives are often a preference when traveling like this.

She also said that women are in demand for the discretion that they offer — put simply, entrenched sexism means they’re rarely assumed to be bodyguards. Observers might read a female bodyguard accompanying a client to check in at Dorchester, for example, as a married couple.

Another client specifically asked Umbra to source him a woman who could be both his executive assistant and bodyguard, as need be.

Elite school rules are a factor, too. "The head teachers of some schools here didn’t like how many bodyguards were dropping young children off at the gate every morning, so they issued a moratorium on them," she said, prompting some clients to swap out a burly man for a well-trained woman. "They wanted to change the look and feel of the school run," she added.

The best bodyguards have a past in sports

Ex-royal protection officers are a rich seam of talent for her, as they’re well-trained and used to handling VIPs.

She also concentrates on athletes, as they’re physically active and follow orders — rugby players in particular. "Their careers are so short, so someone coming out is still in their prime," she said. "There’s a brotherhood there, too."

Not all players, of course, find it easy to fund the required qualifications, so she’s launched a program to help them source funding.

There can be other benefits for families who hire retired players as bodyguards. One of them, with young, twin sons, wanted their bodyguard to be as much a mentor and coach as someone keeping them safe. Bright found an ex-NFL player, a former semi-pro, for the role. "He was an older brother figure and able to help them with every aspect of teenage boy life," she said.

Starting salaries are one huge draw for the role, too. Per Bright, those on a rota role — where they work in defined periods, including vacation time — can expect to earn around $83,000. Those with specialist skills, such as paramedics, or those who work in longer, months-long deployments without a break, can easily earn six figures. When Bright and her team place a bodyguard with a client, the firm charges a one-off finder’s fee of 20% of the gross annual salary for that staffer.

Entertaining VIPs after hours is a crucial part of her business

Her late afternoon or evening could be spent at a rugby match for other reasons — VIP boxes at major sporting venues are one of the key ways she entertains and scores referrals. Bright works closely with the luxury trade organization Walpole, to which more than 250 of Britain’s premium brands like Dunhill and Royal Doulton belong; it helps promote their interests domestically and worldwide. In pre-pandemic times, it threw events and parties that Bright considered essential for the same reasons.

­­­These kinds of events are great fun for Bright and her client, but also a chance to scope the site — she might later approach the firm to ask it to open after hours for a client so he or she can shop both discreetly and in safety. "It’s all part of ensuring they have a secure lifestyle," she said.

Otherwise, Bright might spend the evening attending a board meeting for the Worshipful Company of Security Professionals. There are more than 100 such livery companies. By British tradition, this professional organization acts as a welfare and support operation for anyone working in a given field.

Bright helps steer hers, which was founded in 1999 — the oldest dates back to 1394. She’s passionate about involving younger, less-advantaged people to enter the field.

"It’s about mentoring, encouraging those who qualify for free school meals to get into the security industry," she said. "I want to give them a foot up the ladder."