A day in the life of NBC News’ youngest anchor, who wakes up at 3:30 a.m. and splits her working day between TV and Snapchat 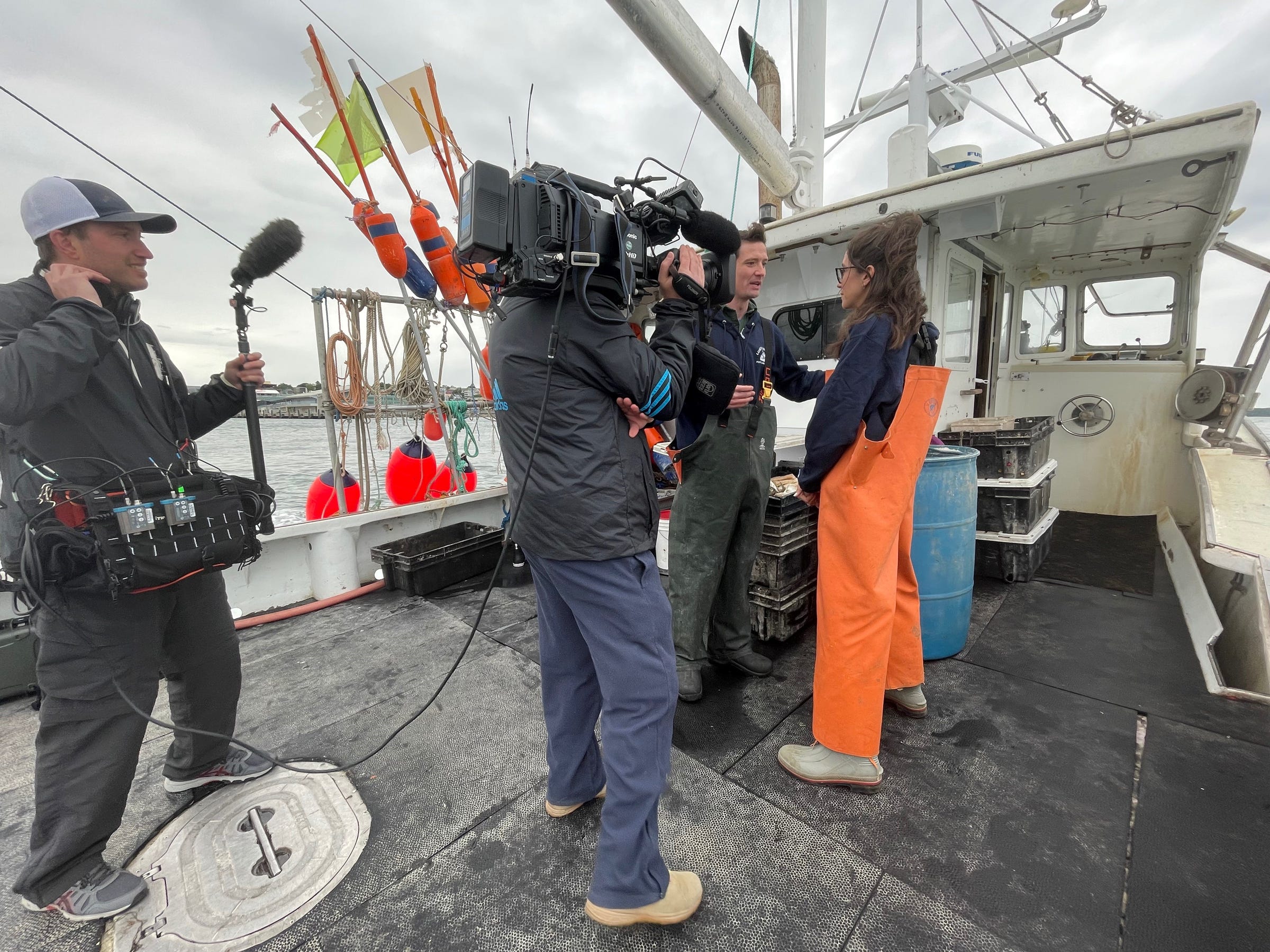 She said the experience of being the network’s youngest anchor has been "amazing," but that there are challenges that come with being a young woman and working on unconventional news projects.

"I feel it takes a lot sometimes to prove that I belong here," Sellers said.

Sellers has an early-morning start

Sellers wakes up at 3:30 a.m., makes a large coffee, and checks her notes for the morning show.

"Our executive producer runs through where we’re at for the morning, and each producer who’s handling each segment chimes in with the direction that they’re planning to go with their questions," she said. "My coanchor and I weigh in with anything we want to make sure is included."

Then, if her dog is awake, she’ll take it for a quick walk.

She then makes the journey to NBC’s 30 Rock studio "Thank you, Lord, that hair and makeup is back post-COVID because it was quite a challenge to do myself," she said. "I was literally watching YouTube videos to figure out how to do my makeup because I was so bad."

She’s now able to use the extra time to focus on the show; she checks scripts and rewrites segments. The morning show airs for two hours between 7 a.m. and 9 a.m.

The morning of our interview, Sellers also did a live hit on six local broadcasts across the country.

"The control room here gets me all hooked up and ready to go, and they tell me in my ear who the anchor is that I’m talking to and what city they’re in, because I can’t see them," she said.

For the next two hours, Sellers is on standby in case any news breaks and she needs to go back on air.

Lunch is usually on the go

"By 11 a.m., I’ve basically worked a whole shift, which is wild to me because on the weekends, I barely get up before that time," she said.

Sellers said she’s usually starving by the time she gets off set.

"As soon as we get off set, I run to Starbucks to get their egg bites," she said.

Sellers records her Snapchat show at 1 p.m. and works on segments for the following day "I can shoot the show selfie style from wherever I am," she said.

Sellers tries to get home around 5 p.m. most days, unless she has to fly to and film in different states "I love it because I get to work when it’s still dark out, so when I get to walk home, I get a minute in the sunshine," she said.

To unwind, Sellers does a Peloton class and then orders takeout.

Sellers tries to get to sleep at around 9 p.m.

Sellers reads her notes for the following day at around 8:30 p.m. After that, she hangs out with her dog and fiancé before heading to bed by around 9 p.m.

"The job can be stressful, for sure," she said. "But mostly, it’s heart-pumping, which helps me focus on what I need to do."