A former golf champion helped 100s of traders and poker stars nail their mental game. He shares 2 strategies for getting ‘back in the zone’ — and 3 performance red flags you can’t ignore 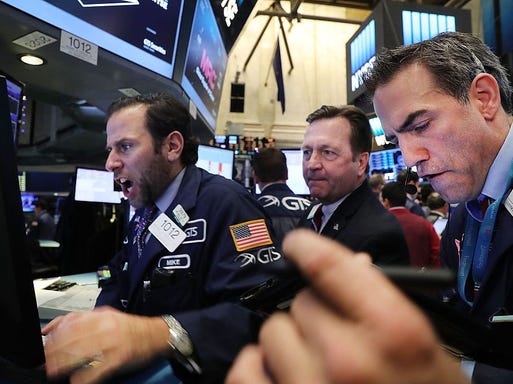 A chance encounter on a golf course changed the path of three-time All American golfer Jared Tendler’s career, as well those of hundreds of traders and poker players.

As a college champion, Tendler was set to join the professional tour, but kept underperforming at crunch-time.

The problem was emotional rather than physical. To improve his performance, Tendler studied a masters in counselling psychology to dig deeper into the underlying fundamentals of mental-game weaknesses. He then set up his own golf coaching practice while working toward going pro.

Out on the course, Tendler met a poker player who was making $20,000 to $30,000 a month playing multiple online tables. However, the player was suffering from tilt – an expression that refers to the angry, or frustrated, emotional state of a player.

"We did some coaching over about a four-month period," Tendler said. "In that period, he made $600,000. Quite a large jump in profitability. Obviously, there is some variance involved in that, but for the most part, he was able to play a lot more, play a lot better."

After being introduced to the poker community, Tendler went on to coach many champion players and wrote "The Mental Game of Poker", which soon became a must-read for any poker player serious about the game.

It also gained a cult following among traders and Tendler has steadily built up a roster of trading clients too.

Lessons from working with high-performing traders led to Tendler’s most recent book, "The Mental Game of Trading", which aims to bust myths about emotions and provides step-by-step guides to discovering the underlying causes of problems related to emotions and how to work toward eliminating them.

"I would say that every single trader, every single investor has mental-game weaknesses, it’s impossible to be perfect," Tendler said. "… it’s a necessity for everyone to be aware of their own psychological, mental weaknesses or emotional weaknesses [and] understanding the ways that emotions are affecting your decision making because that will occur."

Signs it’s time to work on your mental game

For example, if traders feel they are continually leaving money on the table, Tendler said.

2) Your overconfidence is becoming a problem

Overconfidence getting in the way of a trader’s ability to see downside risks is another red flag.

Most traders don’t reach out when they are feeling overconfident or doing well, but this is actually a good time to leverage emotional capital to prevent future slip-ups, he said.

"Anybody who’s reading this is saying, ‘oh, that’s not me’ – that’s called ‘denial’ and denial is generally dangerous in the markets," he said.

Getting "back in the zone"

Most individuals overlook the importance of adjusting their mental game. But by not rooting out weaknesses in that area, their performance will suffer, Tendler said.

Like a computer that’s got a lot of programs running in the background, traders need to mentally close those down to clear their minds and focus on what’s going on in the markets.

Tendler focuses a lot on understanding the differences between a trader’s A-game, B-game and C-game and then uses strategies to understand how they can operate more frequently at their A-game level.

For traders feeling burnt out, off their A-game, or no longer ‘in the zone’, Tendler identifies two key starting points:

This isn’t about having the most energy possible, Tendler said. Firstly it’s about preparing to get into the right energy state through proper rest, maybe even a workout, he added. Energy comes from motivation.

Getting yourself clear on goals can be really important in improving energy and having motivation, Tendler said.

"I think a lot of times we allow ourselves to be more distracted than we need to be," Tendler said. "But to be in the zone, to be your best, you need clarity, you need that purity of your focus."

Thirty minutes to an hour before the trading day starts, Tendler asks clients to write out all the things that are on their mind. It’s a bit of a data-dump, he said.

Then draw a line in the sand and agree not to think about those things until the trading day is done.

"What that does is that throughout the day, when any thought of that might pop up, you just say the word ‘no’," Tendler said. "And you refocus and stay on track."

"Sometimes when we bleed our focus when we do two things pretty poorly," Tendler said. "One you’re not solving the problem any better, you’re just ruminating on it. Two, you’re actually then trading worse because your focus is poor."