A pizza and ice cream parlor in the Midwest has a ‘chief happiness officer’ to dish out random acts of kindness. Here are 5 of them. 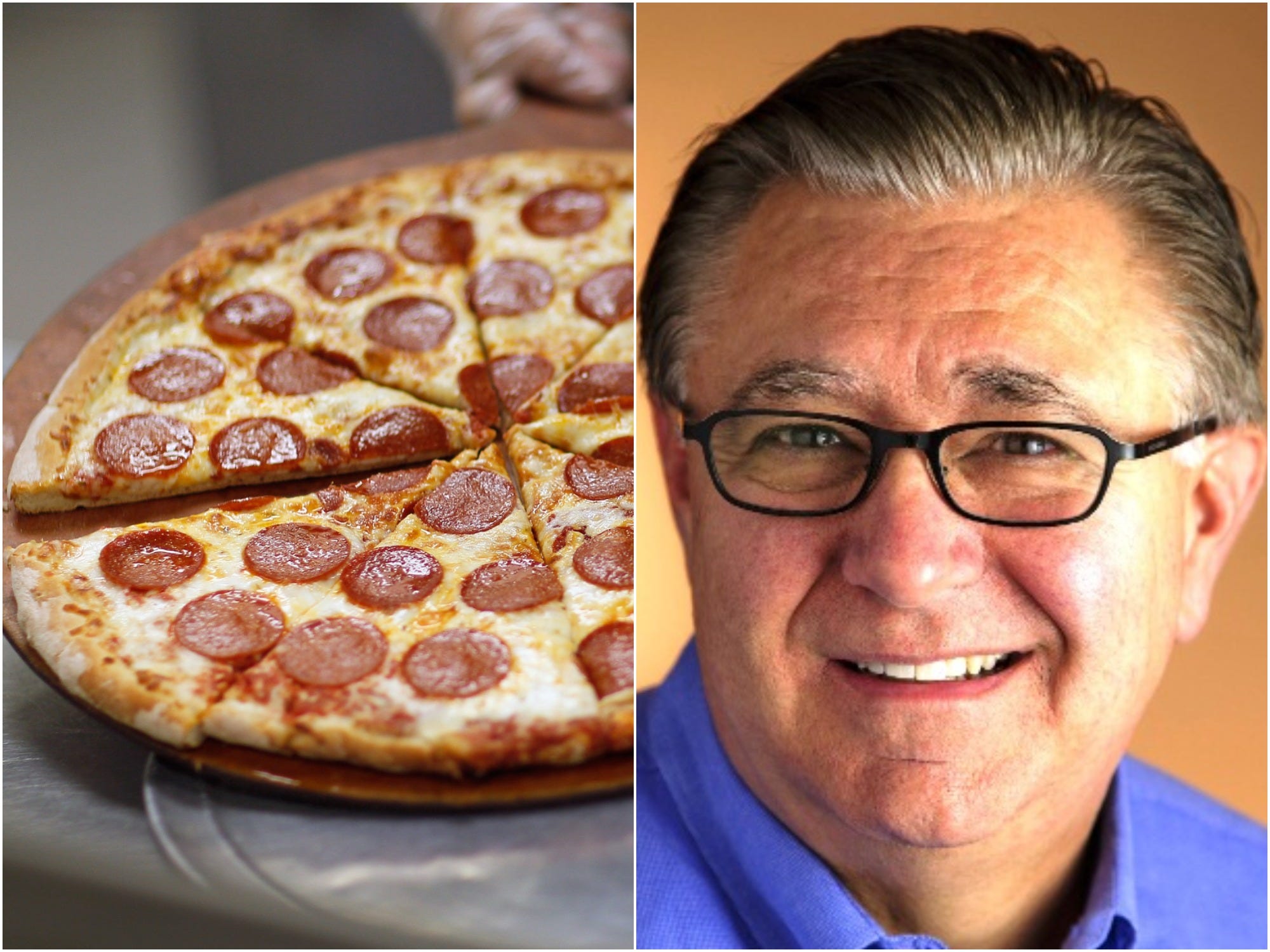 Tom Sacco is the chief happiness officer of Happy Joe’s, a pizza and ice cream chain in the Midwest. His role involves creating a positive culture amongst guests, employees, vendors, and franchisees.

Sacco became the company’s CEO in 2019. He told Insider that he changed his title to chief happiness officer to help inject life back into Happy Joe’s after the passing of its founder.

To promote positivity at Happy Joe’s, Sacco dishes out random acts of kindness to "put a smile on people’s faces." He tells his employees to do the same and encourages managers to be optimistic within their teams.

Here’s a list of five things that Sacco does in his role as chief happiness officer.

Drivers who deliver groceries to Happy Joe’s restaurants work through a latch key service, meaning they can enter company premises after closing time.

Sacco said he taped a gift card with a delivery driver’s name on it to a refrigerator in the kitchen, so he saw it when he was putting away the food. The company was "just thanking him for what he does," Sacco said.

A typical restaurant might provide a cake and have employees sing "Happy Birthday" to celebrate a customer’s big day. Sacco said he likes to go the extra mile by honking horns, sounding fire engine sirens, and flashing red lights in the restaurant.

"Part of my job is to create magical memories," he said.

Assists elderly customers to their cars

Happy Joe’s gets a lot of old people coming into its restaurants, Sacco said.

"We will walk them to the car if it’s snowing," he said. Many of the restaurants are in snowy areas and staff will give the elderly a helping hand to make sure they don’t slip over.

"We can’t turn our restaurants into five-star hotels, and we can’t do white tablecloth dining… but it doesn’t cost anything to be nice," Sacco said.

Sacco keeps a look out for customers who regularly visit Happy Joe’s.

A few months ago, a woman came into one of the company’s Iowa restaurants and told staff that her Dad, who was dying in a hospice, wanted a Happy Joe’s pizza for his last birthday, because it would bring back memories of taking his grandchildren there, Sacco said.

He said his staff went to the hospice to sing "Happy Birthday" and honk the birthday horn.

"When you get those kind of notes, emails, and cards, it tells you that you’re probably doing something that other people value, particularly those that are less fortunate," he said.

Cares for his employees’ families

Sacco said he hires staff based on their experience with helping people, and he wants to reciprocate that by being thoughtful towards them.

The mother of the company’s chief financial officer — also known as chief fun officer — broke her hip a few months ago, Sacco said. He said he took it upon himself to send her a card and basket of goodies when she was in hospital.

"It brought her, her siblings, and their kids to tears to see their Mom and their Grandma be so moved by just such a little random gesture to create happiness in a time of worry," Sacco said.