Americans think the pandemic made them smarter and nicer. It could change their careers. 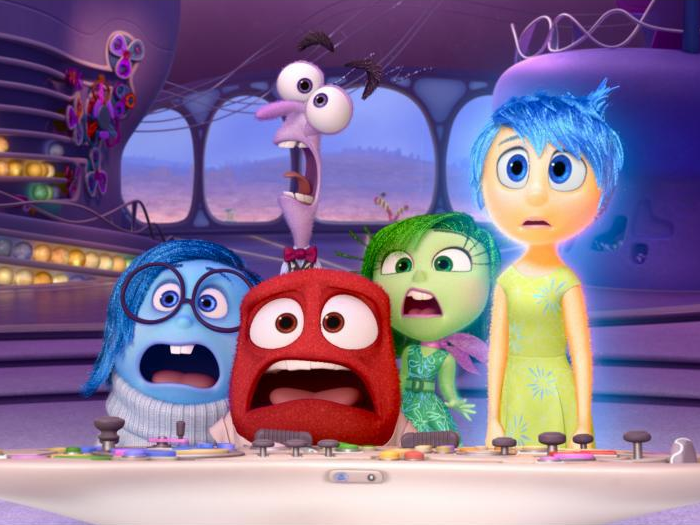 To say that Evan Shearin is emerging from the pandemic a kinder, gentler, more open-minded, and smarter version of himself may be an exaggeration. But it’s not off base.

Without a commute, Shearin, an Indianapolis software consultant in his late 30s, had more time for learning new things. He taught himself how to cook, took online guitar lessons, got professional certifications, and tried his hand at planting an herb garden.

He’s become more concerned about others, too.

"I’ve been wearing masks, social distancing, and sanitizing not just to protect myself but to look out for others," he said. "I think a lot of people feel they’ve changed over the course of the pandemic."

Indeed, they do. In an Oracle survey of 2,000 Americans published on Monday, a majority of respondents said the COVID-19 crisis changed their personalities. They said they felt smarter, more empathetic, more conscientious, and more open to new experiences than they did back in the old days of 2019, according to the survey.

The findings, which arrive at a time when countless Americans have likely endured one of the most challenging and stressful periods of their lives, have implications for how people live and work and what they’re looking for out of their careers.

"Managers need to listen more than ever before," he said, adding: "They need to get a pulse on where people are, how they perceive what they’re currently doing, and find out the next thing they want to do.

‘Anything other than Zooming in your jammies is of great interest’

Against a backdrop of death, despair, and uncertainty — and after months of hunkered-down social deprivation — it’s perhaps not surprising that people feel the pandemic changed them.

"Major traumatic life events can make people see themselves differently," said Matthew Pearsall, a professor of organizational behavior at the Kenan-Flagler Business School at the University of North Carolina at Chapel Hill. "And sometimes, if the shock is big enough, changes persist and start ingraining new habits, feelings, and approaches, which after a while become personality."

To be sure, the Oracle survey is not comprehensive peer-reviewed research. The findings are based on a survey of a sample of 2,000 US consumers who mirror the nation’s demographics.

But, Pearsall, who studies team performance and team adaptation, said the results were a decent snapshot of how Americans felt about themselves.

"I always get out my saltshaker when I see a study like this," he said. "But it probably is representative of people’s impressions."

Nearly 90% of respondents in the survey said they saw a change in at least one of the "OCEAN" personality traits because of COVID-19. These traits, known to psychologists as the "Big Five," are: openness (creative and novelty-seeking), conscientiousness (detail-oriented and structure-loving), extroversion (social and chatty), agreeableness (empathetic and cooperative), and neuroticism (prone to worry).

About 40% of respondents said they felt more conscientious. This makes intuitive sense, given the amount of adapting we’ve all had to do. The pandemic sharpened our need for good hygiene practices, and it follows that many people became more meticulous. We paid closer attention to washing our hands properly and learned how to disinfect doorknobs.

Similarly, 38% of respondents said they were more open to new experiences — a finding that Ben Dattner, an organizational psychologist, chocked up to the dreary tedium of pandemic life.

"Anything other than sitting at home on Zoom in your jammies is suddenly of great interest," he said.

Trying new things — and even just contemplating trying them — has the effect of making people feel more open-minded, Alice Boyes, a former clinical psychologist and the author of "The Healthy Mind Toolkit," said.

"It’s all about an appreciation of creativity, curiosity, and variety," she added.

Openness is often correlated with fantasy — another common pandemic pastime.

‘I really don’t think I will go back to how I was.’

Nearly three-quarters of people surveyed said they had read and learned more during the pandemic and were coming out of it feeling smarter. People picked up new hobbies, became more observant, and learned new tricks. (Whipped coffee, anyone?)

Count the college student Mackenly Jones among them. Jones, a freelance web designer in Rogersville, Tennessee, said he was not usually much of a reader. But over the course of the pandemic, he’s read a dozen books, devoted more time to his schoolwork, and earned a certification for flying drones.

Nearly one-third of the survey’s respondents said they felt more agreeable, meaning they felt more kind and sympathetic. This could be a function of loneliness: The absence of people made us crave being around others.

Kristen Bolig, who runs SecurityNerd, a North Carolina website for home-security information, said she had become a more compassionate manager.

"I find that I am more interested in connecting with my employees on a personal level," she said. "I ask about their families and how they’re feeling."

Sarah Wingate, who lives in Charlestown, South Carolina, and is a manager at TechnologyAdvice, a software company, said the pandemic had been an emotional whirlwind and the "most transformative experience" of her life.

Three of her friends died over the past year. She got engaged to her boyfriend. And she started a new job — which has been a source of challenge and exhilaration. "I’m a different person now," she said. "I really don’t think I will go back to how I was."

A whole new you — a maybe a new job, too

As the pandemic loosens its grip, and we slowly resume our old habits and activities, whether these changes stick is an open question. Put another way, if many of us are feeling nicer and smarter, are we left to assume that we will eventually go back to being meaner and dumber?

The pandemic has gone on for a long enough stretch that it’s possible people emerge fundamentally different from who they were.

But, experts said, the answer depends on what our post-pandemic lives look like — in particular, whether people feel they have the ability to maintain the parts of themselves that changed for the good.

Hybrid and flex work schedules can help support people’s new ways of living and doing their jobs by allowing them the opportunity to learn and try new things in their downtime. For instance, employees might want to take classes, explore a hobby, or volunteer for a cause they care about.

In addition to wanting more say in when and where they work — and being willing to jump ship if they don’t get it — employees are looking for more fulfillment on the job, Pearsall, the organizational psychologist, said.

The increased interest in job switching is prime evidence, he added. Many people have thought more deeply about the alignment — or misalignment — of their careers, principles, and life priorities, he said.

"They’re saying, ‘Hey, this is what I value — and to some degree, personality reflects values — and I want to do something different.’"

Organizations must tackle these challenges head on, Oracle’s Skinner said. After all, with vaccine rates rising, big cities reopening, and the rise of remote work, job seekers have more options.

Managers should offer opportunities for employees to learn new skills, get exposure to new ideas, and connect with their teams and their organization’s mission.

His advice to bosses: "Don’t wait for your employees to ask," he said. "Be proactive."

NOW WATCH: Here’s what it’s like to travel during the coronavirus outbreak