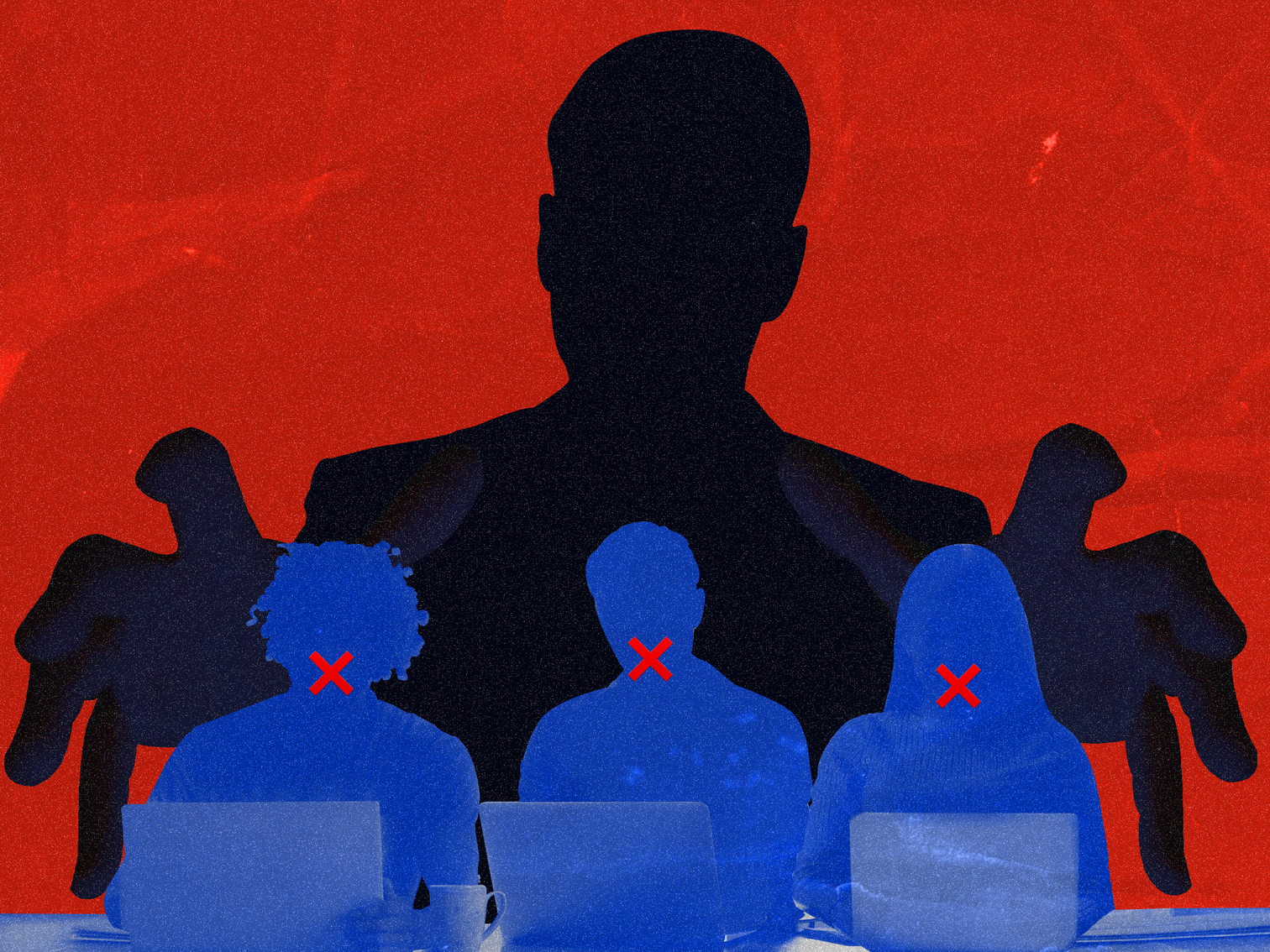 Over the last year, American workers have attempted to make their workplaces sites of social change and political discourse. Employees have fought for action, hoping the firms they work for will be agents in the fight against, among other things, systemic racism and harassment.

But recent changes at Basecamp, a workplace collaboration software company with approximately 60 employees, show why it is so hard to make American businesses respond to these problems. At the end of the day, the American workplace is not a democracy, it’s an autocracy. In a democratic workplace, bosses would be accountable to the employees through a union or because employees held a significant number of seats on the corporate board, or, among other things, the law made it much more difficult to terminate employees. But in America, owners, managers, and bosses have the final say, and if political questions challenge their rule — or even just inconvenience them — they will be shut down.

On April 26, Basecamp cofounder and CEO Jason Fried and cofounder David Heinemeier Hansson posted a message on Fried’s blog entitled "Changes at Basecamp." The post announced a suspension of employee benefits for gym memberships and farmer’s market shares, but, more ominously, highlighted a new ban on political discussions at work and a dissolution of all committees.

Fried noted that discussions "related to politics, advocacy, or society at large" are "not healthy, [they haven’t] served us well. And we’re done with it at Basecamp." Fried added that the company could no longer dwell on past mistakes.

"Who’s responsible for these changes?" Fried asked rhetorically, "David and I are. Who made the changes? David and I did." Fried and Hansson had unilaterally changed the workplace policies with a tone that could be read as hostile to disagreement. "The responsibility for negotiating use restrictions and moral quandaries returns to me and David," Fried wrote.

While the letter was vague about what had caused this policy change, a few days later, The Verge reported that the push came because what Fried construed as a political discussion really concerned a potential instance of workplace harassment.

In the last year or so, Basecamp employees had grown increasingly concerned about what was known as the "Best Names Ever" list — a collection of Basecamp customer names that employees had presumably found funny. While the list included many Nordic or American names, it also included some names of apparent African and Asian descent. In the wake of the uprisings for racial equality in the last year and particularly the wave of anti-Asian violence, workers were demanding to know why this list, which both Fried and Hansson had known about since at least 2016, had festered for so long. Some employees had revived a dormant diversity, equity, and inclusion channel in order to address these and other concerns.

One employee cited the Anti-Defamation League’s "pyramid of hate," suggesting that allowing this "Best Names Ever" list to exist was a dangerous precedent, and felt that Hansson and Fried should be held accountable. Hansson fired back in his own blog post saying that he thought this was an unfair argument and that this employee themself had tolerated the list. Two weeks later, on a Monday, Fried posted "Changes at Basecamp." After Friday’s all-hands meeting, more than 20 employees resigned.

Much like a similar announcement by Coinbase, the uproar at Basecamp is an example of the reaction by bosses to workers’ demands that workplaces address discrimination, harassment, and the political and structural factors that perpetuate racism, sexism, and xenophobia. Basecamp also demonstrates why addressing those issues in the workplace is so challenging in America. Companies are structured like an unaccountable totalitarian regime. Fried and Hansson, legally, have the power to end discussions. That is, they have the unilateral power to silence speech they don’t like.

This seemed to be at odds with that fact that Basecamp, as a company, had been explicitly political in the past. They donated their office space in Chicago to a political candidate running for mayor, and the owners testified about Apple’s monopolistic practices, and Fried even published an article in Inc. about Basecamp’s failure and attempts to address workplace diversity.

None of this surprises University of Michigan philosophy professor Elizabeth Anderson, author of the book "Private Government: How Employers Rule Our Lives (and Why We Don’t Talk about It)." In her book, she argues that while Americans aspire to democracy, most American workplaces are, structurally, dictatorships. Workers have little to no say in who is in charge of them and almost no free speech protections. Bosses can hire whomever they want, determine pay, control who does what work and when, and fire employees for almost any reason.

The latter is enabled by "at will" employment provisions, which give employers freedom to terminate workers. Our legal system is such that founders like Fried and Hansson are largely unaccountable to employees, unlike the situation in many other countries, like Germany, where it is much more difficult to fire employees, and the inclusion of workers in managerial decisions is often the norm. This often takes place via "workers councils" in which a certain number of seats on corporate boards are reserved for workers.

Researchers of the role of politics in the workplace note that increasing democracy in the workplace and giving workers a say in the rules that govern their conduct trains people for democratic life in general. New York University Law Professor Cynthia Estlund says that there used to be a more robust discussion 80 years ago about what was then called "industrial democracy," and about the workplace as a "school for democracy."

Unions were growing, and they fought for worker protections that limited the bosses’ ability to unilaterally fire workers and dictate the terms of work. Such protections empowered workers to speak out against unfair, discriminatory, or harassing conduct in the workplace. Today, we spend most of our time at work, so it’s no wonder that many workers want their workplaces to be sites of societal and political change, or at least be a place where people can talk freely about current issues.

Estlund said that there are additional benefits to worker protections for open political discussion: The workplace is one of the few places in life in which we engage with a relatively politically diverse group of people. Coworkers are generally not people we grew up with or freely choose to associate with. They are a "bridge to the larger citizenry," Estlund said. If we hope to create a less divided country and get outside our ideological bubbles, "it’s mainly in the workplace that we actually interact on a sustained basis with once-strangers."

In fact, the workplace protections against racial harassment that sprang up in the post-war period may have been violated at Basecamp, Anderson told me in an email.

"All employers are legally obligated to act against racial harassment including hostile environment harassment that need not target an identified employee," she wrote. "So the racist spreadsheet is clearly covered by already existing requirements. Instead, Basecamp really wanted to shut down criticism of Basecamp’s racist working conditions, even though labor law clearly protects the right of workers to complain about working conditions, even if they are not organized into a union."

At the bosses’ whim

It’s unclear why exactly employers prefer this top-down arrangement that is so opposed to the values of American life, though for Fried and Hansson the benefit is clear. They alone can end a discussion that implicates their conduct. Instead of engaging with what they found to be a bad argument and find a path forward, they shut down the discussion completely. And the result was catastrophic for the company — not only for how they look, but because they lost more than a third of their employees, suggesting that leaning on authoritarian tactics is detrimental for retention.

To make the workplace more democratic, we could, among other things, strengthen laws and norms protecting employment, make cooperative ownership easier, dramatically bolster unionization and collective bargaining, and give workers a say in managerial decisions. But until then, firms’ prerogatives will only reflect a minority of opinions (a minority that skews heavily white and male) and workers’ voices will continue to be silenced.

And as calls by workers for their firms to be agents of social change increase — for businesses to take stances on systemic racism, the climate emergency, and to make the workplace free of harassment — Basecamp demonstrates why that is so difficult in America. Without any legal accountability or widespread union representation, change will only happen at the whim of owners and managers.