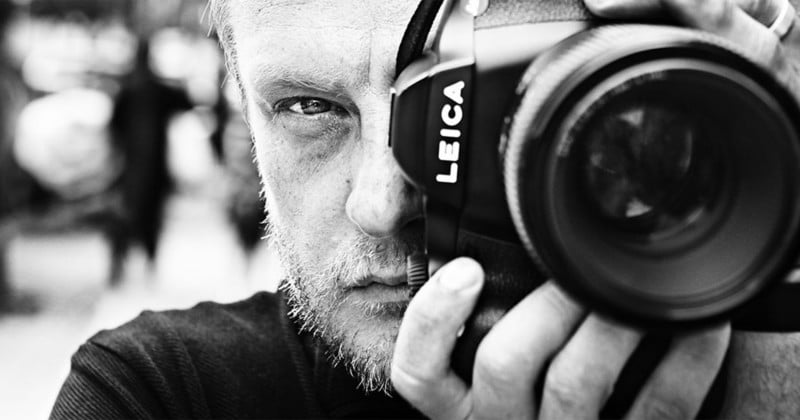 The BBC has announced its plan to air a Great British Bake-Off-inspired photography show, hosted by Rankin, where see six amateur photographers will compete for the winner’s title.

The four-part photography challenge-themed television series titled “The Great British Photography Challenge” will be hosted by British photographer Rankin as he sets challenges and provides feedback to the participants.

Rankin is famous for co-founding Dazed and Confused Magazine in 1991 and for his portrait and fashion work. He has worked with celebrities, like Kate Moss, Heidi Klum, Madonna, David Bowie, Queen Elizabeth, and many more.

A Glasgow-based production company Storyboard Studios came up with the initial concept, and used the successful Great British Bake-Off as a blueprint for the show.

The premise of the show is for the six participants to undertake a range of themed weekly challenges across the United Kingdom, and unlike the Great British Bake-Off, none of the contestants will be eliminated throughout the show, however, a final winner will be crowned.

“Mentored by one of the best names in the business, along with extra help from some stellar celebrity guests and dynamic young creatives, Rankin provides six photographers with a unique masterclass in the art and craft of photography that allows them to develop and shine before our eyes,” says BBC Arts commissioning editor Emma Cahusac.

Each episode will begin with a smaller on-the-spot challenge where photographers have to use their smartphones to create the winning photo in just one hour, capturing a variety of themes and settings.

Participants will also undertake larger projects, each with a celebrity expert in a specialist area of photography, such as nature and wildlife, documentary, street, and others.

The chosen contestants all have their own unique strengths and signature style, but share a love of photography and passion to learn and advance skills in it.

What sets this show apart is the inclusion of smartphone photography, which is often dismissed by long-time photographers who disregard the handheld devices as legitimate cameras. In an interview published by Amateur Photographer, Rankin explains that the show decided to add smartphone photography because “it’s a great way to strip back a photographer and make them approach as subject differently than they do in their normal day-to-day practice.”

Furthermore, the challenges planned for the show focus on the “gut instinct and concept,” more so than just the technical process which is often the case for other shows. The tasks challenge photographers to think about every stage that working photographers go through: from planning to organizing, executing, working under pressure, and so forth.

When it comes to judging the participants, Rankin says that he doesn’t want to be “the Simon Cowell of photography,” which is why the show focuses more on the educational aspect and giving honest feedback and mentorship rather than eliminating participants or watching them fail.

The program will be shown on BBC Four in the United Kingdom, starting on May 24, 2021.