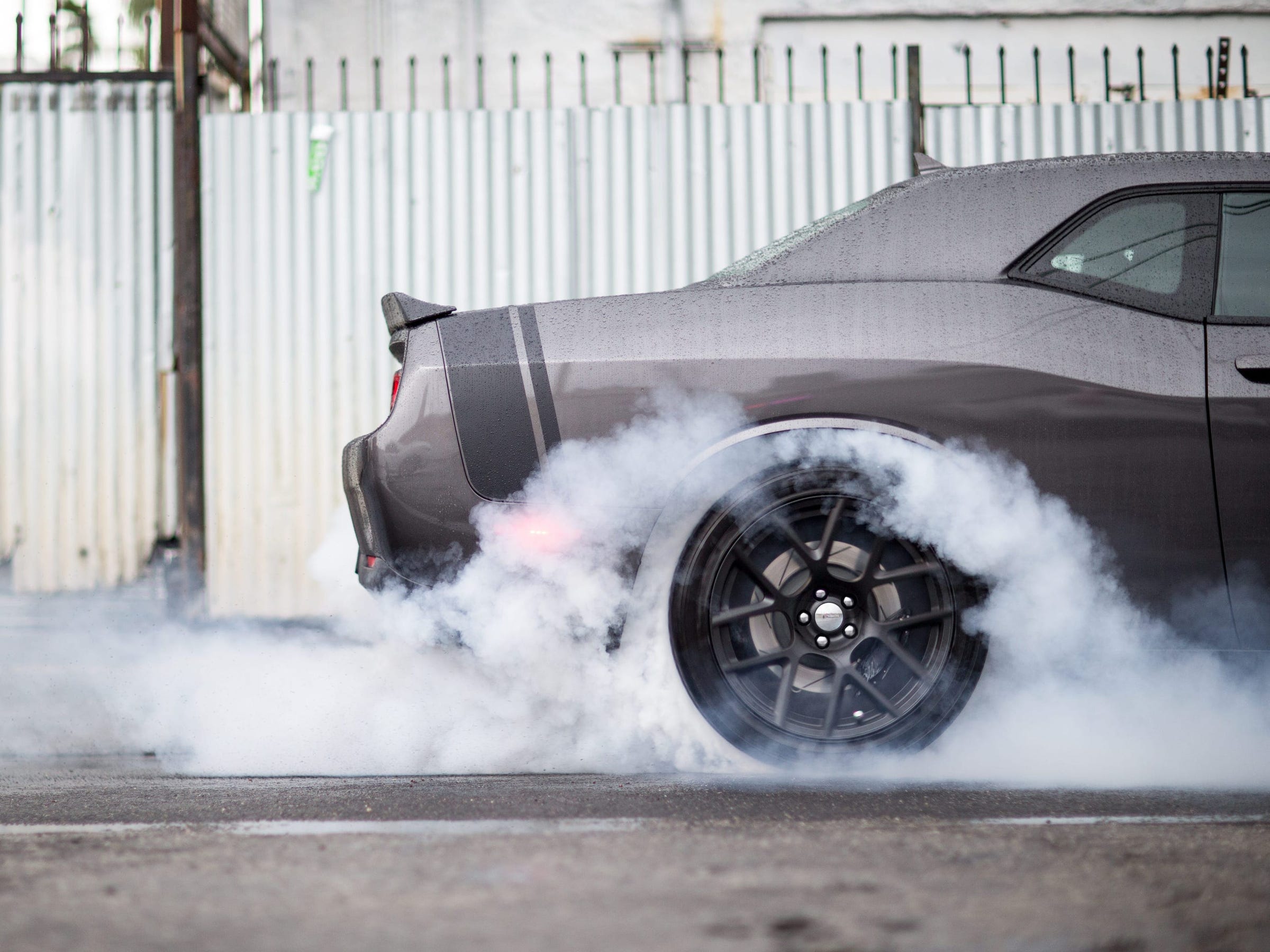 Summer internship recruiting for 2022 at the Big 3 consulting firms — McKinsey, Bain & Co., and the Boston Consulting Group (BCG) — is starting earlier than ever this year.

Industry watchers say the consulting firms could be reacting to investment banks’ accelerated recruiting timelines. In recent years, top banks have been known to kick off their courting of undergraduate candidates as much as 18 months ahead of time.

Landing a consulting or investment-banking internship at a top firm is one of the most coveted ways undergraduate students can spend the summer between their junior and senior years — especially because firms will often select stand-out interns to join full-time after their graduation the following year.

In the past, consulting firms started recruiting later in the year, said Barbara Hewitt, executive director of career services at the University of Pennsylvania.

The Big 3 conventionally waited until students returned in the fall semester to commence their campus recruiting efforts for the following summer’s internships, she told Insider in an interview. This year, application portals opened and interviews kicked off in the summertime.

"The fact that they started doing that before students came back to campus and were doing it over the summer is definitely a shift more in line with what banks have been doing for quite a while," she said, referring to the acceptance of applications earlier than in the past.

The Big 3 consulting firms recognize that they’re often competing for candidates who are also interested in banking.

A spokesperson for SEO Career, a national organization that helps BIPOC students secure opportunities in industries like financial services, tech, and real estate, told Insider that 400 students who participated in the program named consulting as their first choice for summer 2021 internship opportunities. That’s compared to 692 who named investment banking their top choice.

At the University of Pennsylvania, about 30% of the undergrads typically go on to pursue jobs in financial services, Hewitt said, followed closely by about 20% who take job offers at consulting firms.

Within the undergraduate program at Penn’s Wharton School, the numbers tilt more in favor of financial services (50%), but are still notable for consulting (25%).

"Certainly, consulting probably was losing some of those folks if they were waiting till the fall," Hewitt said. Because of the earlier timeline, some students doing summer internships between their sophomore and junior years might be simultaneously juggling recruiting prep for internships next year.

"The application is one piece," said Hewitt. "The whole prep for case interviews is a whole other level of stress that they have to prepare for in a different way than they would a regular interview."

This year, all of the Big 3 firms started advertising open roles in early summer. Two told Insider they had bumped up their timelines compared to previous years.

BCG opened its application for 2022 summer interns about six to eight weeks earlier than in previous years, Brian Myerholtz, a partner who leads North America recruiting for BCG, told Insider in an email.

BCG also posted open internship opportunities for summer 2022 on Handshake, a website that connects college students with prospective employers, on July 1. The early deadline for those roles was in July, followed by two in September, according to screenshots of the posting viewed by Insider.

"The extended timeline allows us to be more flexible and enables us to find diverse talent through different avenues and in different places," Myerholtz said.

In some cases, BCG has already issued offers. Insider reviewed an offer letter for a 2022 summer associate intern position at BCG that was sent to a recipient, who declined to be identified, in late June. The recipient participated in a diversity recruiting initiative that BCG conducted in the springtime. A BCG spokesperson did not specify how the timeline for traditional and diversity recruiting differ.

McKinsey’s first application deadline for summer 2022 interns was also in July, roughly a month earlier than last year’s deadline, a spokesperson told Insider via email. The firm’s second application deadline in September will be in line with previous years’ conventional cutoff.

And in the earliest posting by a Big 3 firm, Bain & Co. started advertising on Handshake for associate consulting internships on June 24, with a deadline of September 23. A spokesperson confirmed that this is the application timeline and deadline for prospective undergraduate interns, but did not respond to multiple requests for comment about how those dates compare to previous years.

KPMG, one of the Big 4 accounting firms that also has a consulting arm, has two recruiting rounds. One ran from January to March of this year, and another begins mid-August and concludes in September, Kathleen Schaum, KPMG’s executive director of university talent acquisition, told Insider in an interview.

The length of KPMG’s recruiting timeline has stayed the same throughout the years, but the summer intern class is now finalized in the fall semester. Previously, those decisions were made later in the school year, Schaum said.

The firm declined to provide details about when its offers will go out, but said that they’ll be disseminated to recipients about a month ahead of previous years.

Many interns are "excited to have an offer locked up" thanks to an earlier timeline, which gives them longer lead time to research summer housing options and prepare for the summer, Schaum said.

On Aug. 11, global consultant Accenture conducted a two-hour virtual internship recruiting event with SEO Career, which was attended by almost 200 students. They quizzed representatives from Accenture and 15 other companies — including banks like Morgan Stanley, UBS, Wells Fargo, and Raymond James — about what it would be like to work there.

Spokespersons for Accenture did not respond to requests for comment from Insider about the firm’s summer internship recruiting plan.

But last year, such info sessions might have taken place in October or November, said Bless Vaidian, assistant director for finance, corporate, and technology at SEO Career.

"This is probably the earliest that we have done these info sessions," Vaidian told Insider. Keeping pace with the same recruiting timeline that Wall Street’s big investment banks use "helps consulting firms to not get left behind," she added.

At Deloitte, recruiting for summer 2022 is also underway. The firm’s application portal is open year-round, a spokesperson told Insider. But representatives at the firm did not respond to additional requests for comment from Insider seeking more details about application deadlines and how they differ from previous years.

Meanwhile, not every firm is tweaking its timelines this year. A spokesperson for EY told Insider that the company’s internship application deadlines are in line with previous years. And a representative for Booz Allen Hamilton told Insider in an email that the firm hasn’t set a timeline for summer 2022 internships yet.

PwC started off its summer 2022 internship search on Aug. 9, which — though still almost a year before the roles get underway — was commensurate with previous years.

At that firm, the choice to hold off until later in the summer is deliberate, said Rod Adams, head of PwC’s talent acquisition and onboarding for the US and Mexico.

He said that the interns PwC wants to recruit for the following summer are rising juniors who are still involved in their current internships, many of which are just now wrapping up.

"I didn’t think there was much opportunity to be gained by opening earlier than the second week in August, and by waiting, you can really see the full population," he told Insider. "The current opportunity starting to wrap up is the sweet spot."

Frank Hong, 19, a Wharton undergrad who sits on the board of the college’s undergraduate finance and consulting clubs, said that bumping up the timeline has generated "a lot of stress for students."

Hong already has a 2022 banking internship lined up and is not pursuing consulting, but he knows plenty of students who are.

"Some of the friends I’ve talked to who are interested in consulting sometimes feel torn between trying to put in time and effort on their internships now, versus focusing more on recruiting for next year," he said. "It creates a dilemma."