China says its Mars rover could land this weekend 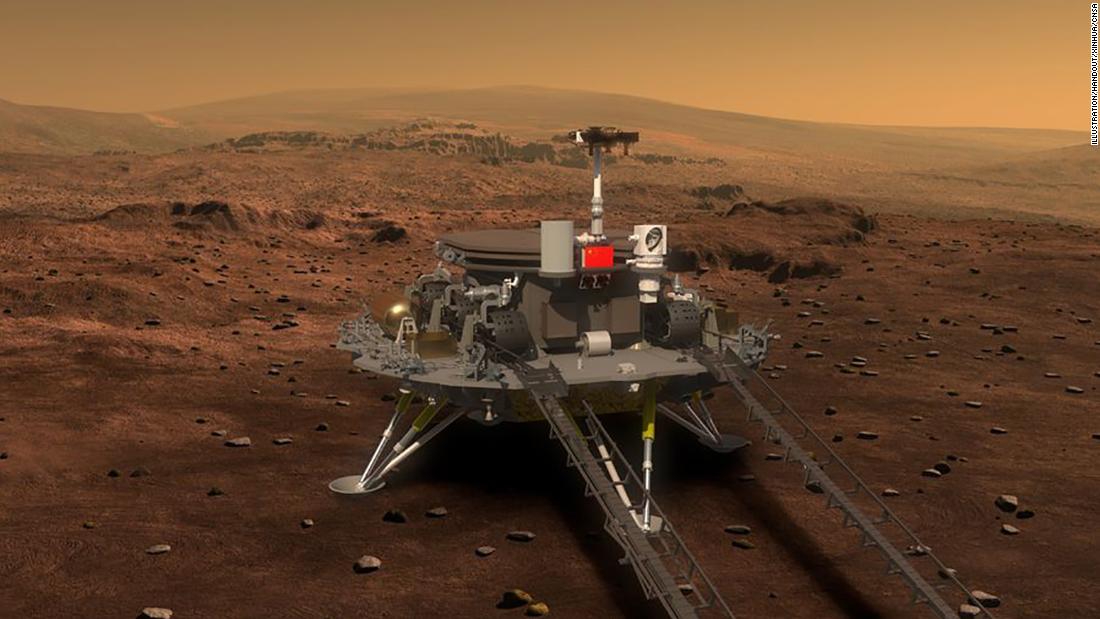 is expected to land on the red planet in the coming days, as early as Saturday morning (Friday night Eastern time),

according to China’s space agency.

The landing window extends until Wednesday.

The unmanned Tianwen-1, China’s first mission to Mars, launched in July 2020 on the 465-million-kilometer journey to reach the planet. The spacecraft entered the Martian orbit in February and

sent back its first photo of the planet

from more than a million kilometers away.

The probe is “going to orbit, land and release a rover all on the very first try, and coordinate observations with an orbiter,” according to the scientific team behind Tianwen-1.

“No planetary missions have ever been implemented in this way,”

Tianwen-1 is one of three international Mars missions that launched last summer, along with

which landed on Mars in February

which entered orbit around Mars

, also in February. Unlike the US and China missions, the UAE probe is not intended to land on Mars — just study the planet from orbit.

All three missions launched around the same time due to an alignment between Mars and the Earth on the same side of the sun, making for a more efficient journey to the red planet.

Tianwen-1, whose name means “Quest for Heavenly Truth,” hopes to gather important information about the Martian soil, geological structure, environment and atmosphere, and to search for signs of water.