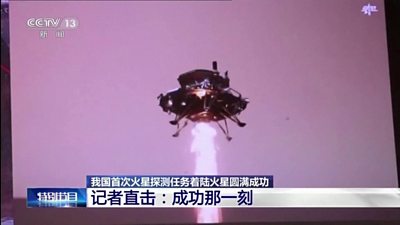 China has landed a spacecraft on Mars, making it the second country to put a rover on the planet.

The six-wheeled Zhurong robot used a protective capsule, a parachute and a rocket platform to make the safe descent.

Before now, the US had been the only ones to master landing on Mars.