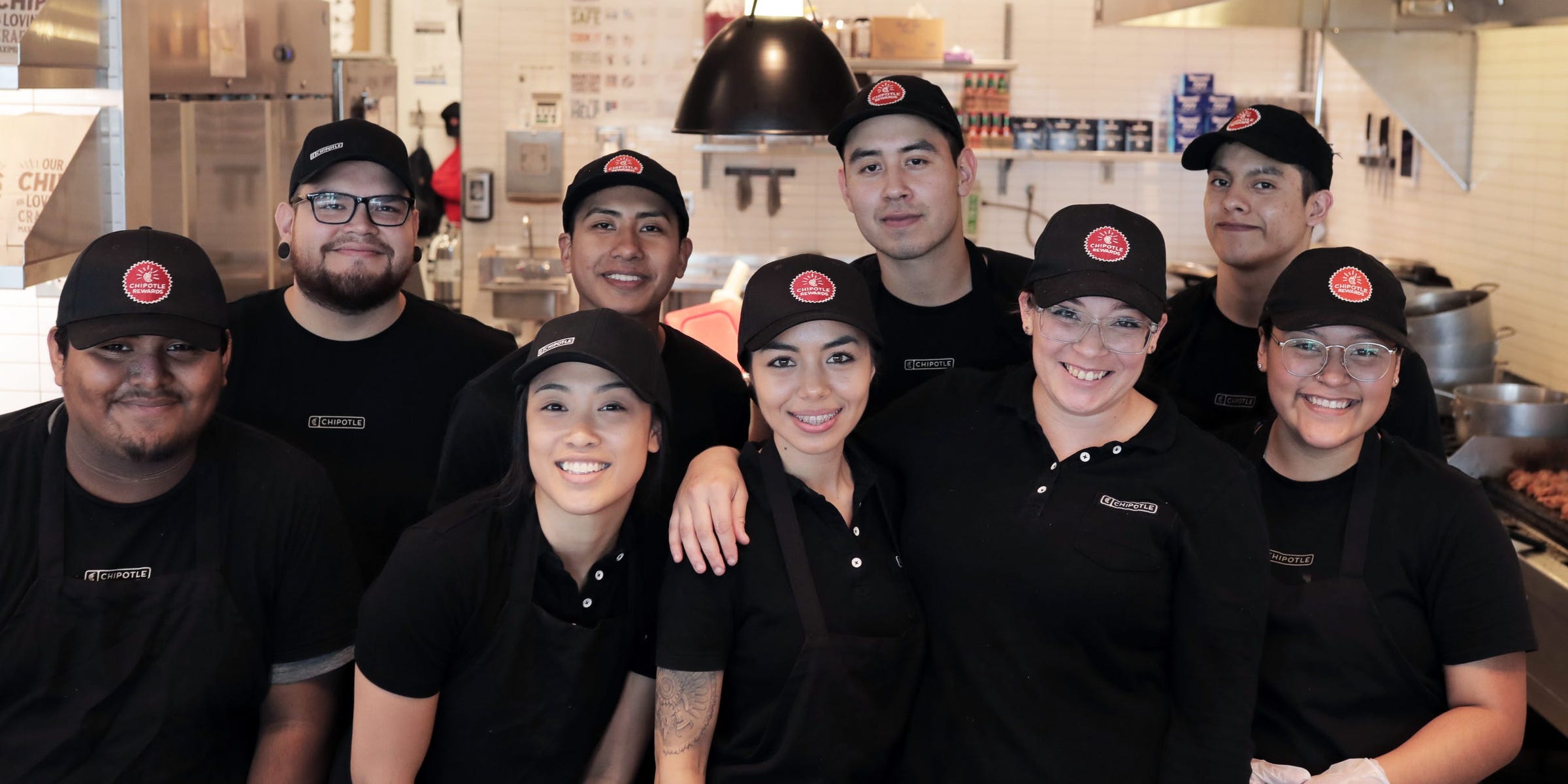 Chipotle has some aggressive expansion plans in the works, with 200 restaurants slated to open in 2021.

In order to staff them all, the company aims to hire 20,000 new employees and is offering a higher minimum wage, along with an accelerated path to a six-figure career.

The burrito chain needs a small army of managers for all those new (and existing) restaurants to run smoothly, so it is shortening the timeline to less than 4 years for employees to rise through the ranks to become "Restaurateurs" who have an average compensation of $100,000.

"Chipotle is committed to providing industry-leading benefits and accelerated growth opportunities, and we hope to attract even more talent by showcasing the potential income that can be achieved in a few short years," said Chipotle’s chief diversity, inclusion and people officer, Marissa Andrada, in a statement.

The company’s latest sustainability report outlines the career path as starting with Crew Member, advancing through Kitchen and Service Managers, up to Apprentice, then General Manager, followed by Restaurateur.

An earlier release said that Chipotle’s general managers "often" started out with the company as line-level crew members.

There are currently more than 250 open managerial positions across the US listed on Chipotle’s jobs website, and the company says it would like to fill at least 70% of those positions with internally promoted candidates. Last year, nearly eight in ten apprentice managers were promoted from within the company.

Employees who refer a successful applicant for apprentice or general manager positions are eligible for a $750 bonus, compared with the $200 bonus for crew-member hires.

In addition to prior restaurant experience, a job listing for a general manager position in Baltimore says applicants should have financial and staffing management knowledge, as well as a creative approach to marketing in the local community.

"They understand what it takes to run a strong business, hire and train great people, and grow our company," the listing says.

Benefits include financial bonuses and up to $5,250 in annual tuition assistance for select educational credentials.