Companies are jumping aboard the federal packaging and recycling policy train 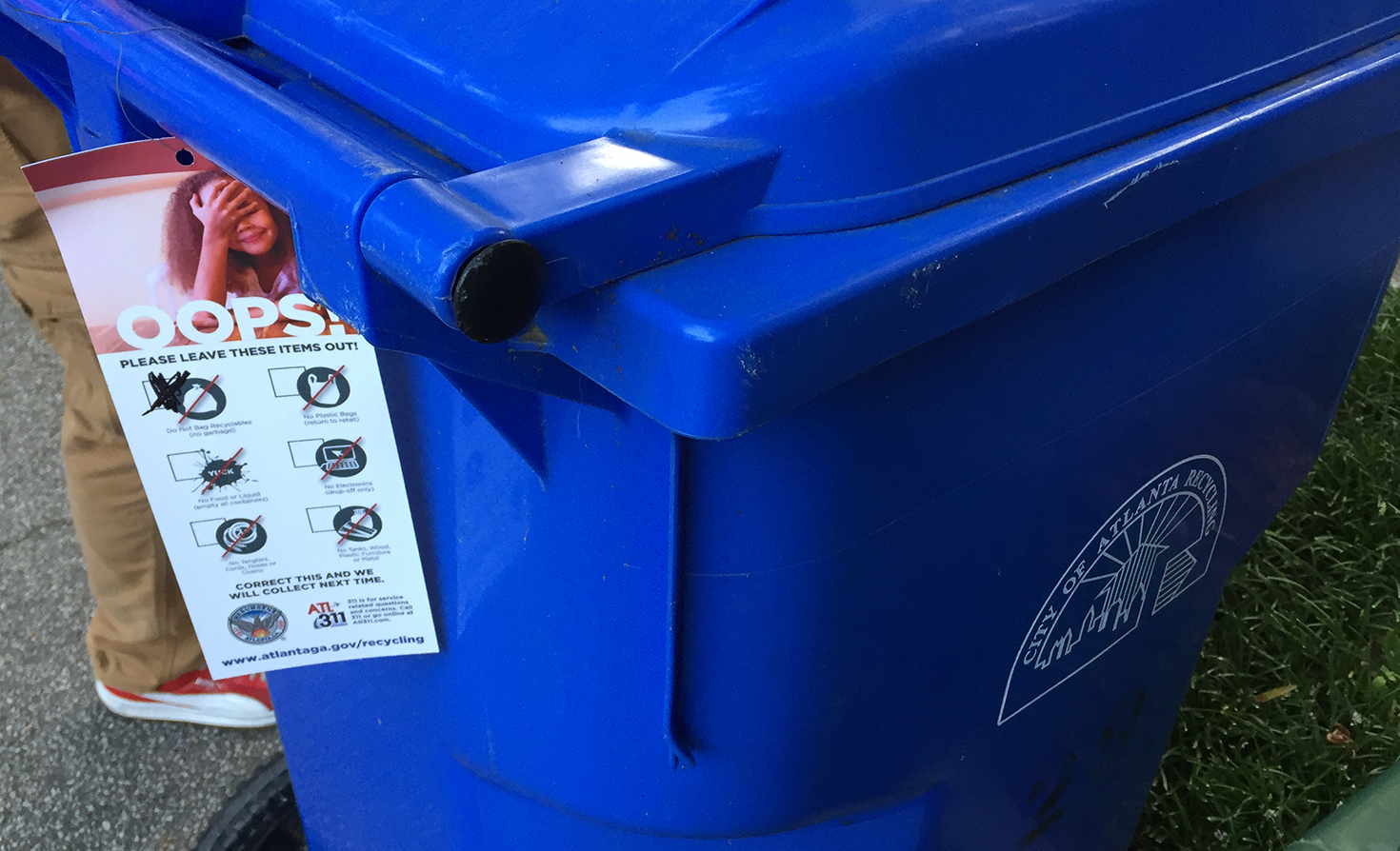 With an aggressive national recycling target (50 percent by 2030); a renewed White House focus on climate change; and clamor for consistent state rules around cutting trash, the federal sustainability policy train is leaving the station. And increasingly, manufacturers and other companies are jumping on board. They are talking to decision makers about a subject that few had on their radar even a few years ago: product stewardship, which calls on producers to take responsibility for what they make at the end of life. Now they want to be in on shaping whatever rules lie ahead to set a level playing field.

With new federal bills up for review and debate, and packaging being a bull’s eye, the status of packaging and recycling policy is in flux. With no cohesive approach in plain sight for now, there’s plenty to think about.

"Our role today is to answer the questions: What is the current landscape for proposed packaging and recycling legislation, and what are the roles of business to advance recycling?" Dylan de Thomas, vice president of external affairs for The Recycling Partnership, told a virtual crowd Tuesday at Greenbiz Group’s Circularity 21.

Businesses’ role, whatever it may become, matters as many of them already have made commitments at some level.

"We talk about companies’ goals, and companies have big goals for recycled content. But all the work must be underpinned by strong, smart policy," de Thomas said.

Mars, maker of candies and food, has diverse packaging needs.

"We have glass, paper, plastics, rigid and flexible formats. We do not want to see this packaging released into nature. We want to get it back in the market," said Rachel Goldstein, North America policy director for Mars.

The corporation is aiming for 100 percent reusable, recyclable and/or compostable packaging by 2025.

[Missed Circularity 21? Catch up with our coverage. ]

"We look to redesign for circularity and are looking at extended producer responsibility (EPR)," Goldstein said.

EPR is product stewardship legislation charging producers with managing and paying for end-of-life consumer products. The topic, which often goes hand-in-hand with the concept of a circular economy, weighed heavy throughout the discussion.

"We support EPR to level the playing field rather than have just a few good companies trying to pull the weight for everyone. We want to make sure everyone is pitching in," Harris said.

PSI advocates for a national approach to EPR. While there are such bills in 33 states and Washington, D.C., none exist at the federal level in the United States. That could change, stakeholders figure, as new policies and regulations evolve; one getting a lot of play is the Break Free From Plastic Pollution Act, which builds on state laws and calls for EPR programs and product stewardship for packaging, among waste reduction efforts.

Companies have set aggressive recycled content goals, but some see the only way to get there is to invest in recycling infrastructure — better collection and sortation.

We support EPR to level the playing field rather than have just a few good companies trying to pull the weight for everyone. We want to make sure everyone is pitching in.

"This [infrastructure] enables markets to create a more circular economy. And we see producer responsibility as a lever to make it happen," Goldstein said.

John Campbell, vice president of government relations for beverage can manufacturer Ball Corporation, echoed that thought, and paused for a moment on the collection piece of the puzzle. He sees this as important but made clear that collection is not synonymous with recycling because what is picked up is not necessarily recycled. This reality prompted Ball to release a report on recycling with environmental consultancy Eunomia.

"We did it because we saw a gap in information that’s available. Before we can figure out how to go forward, we had to figure out where we are. The Eunomia report looks at what is incorporated into new materials, and we consider that the real recycling rate [versus what is collected]," Campbell told Circularity 21 attendees. "There is a need for reporting. We hope this [study] becomes a tool to inform policy and serves as a baseline to build on what recycling rates are and how we can affect them."

It’s complicated because there is no one efficient way to measure recycling. The system is too disaggregated, which is a problem that affects access as well.

"You see in homes, hotels, and businesses the different level of access and of support for recovering materials," de Thomas said.

For a cohesive, working system, he added, "You have to have bins and trucks to pick up in the first place. You need transfer stations and the right MRFs [materials recovery facilities]. There are MRF deserts where there is not enough processing capacity," de Thomas said, and brought the issues back to lacking policy.

Harris mentioned the newly released U.S. Plastics Pact Roadmap to 2025 whose signatories — stakeholders across the plastics value chain — have committed to reaching defined targets through specific actions, to advance a circular economy for plastic packaging.

"What I appreciate about the Pact Roadmap is it includes not just goals but detailed strategy on how we get there, and that includes EPR but also deposit return systems and recycled content mandates that I think will drive investments in infrastructure. We need those policy motivators," she said.

Consumers are moving in the direction of wanting more investment in recycling and a circular economy.

There has to be a tie in between goals and policy, agreed some panelists.

Injecting performance goals in policy adds accountability. But policy must be thought out in relation to goals to avoid unintended consequences, or to not advance one material over another, de Thomas said, commenting that the idea is to get all materials back into a circular economy.

For Ball, all the attention around packaging is an opportunity to join new conversations, and timing is everything.

"Consumers are moving in the direction of wanting more investment in recycling and a circular economy. Engaging and participating in those conversations early is important. It’s harder to fix [policy problems] later," Campbell said.

Harris added that the current state of affairs is an invitation to chime in and to get it right: "There are places where programs are in place and succeeding. And where they are not succeeding, we have the opportunity to improve in the U.S. It really comes down to conversation."

Pull Quote
Consumers are moving in the direction of wanting more investment in recycling and a circular economy.
We support EPR to level the playing field rather than have just a few good companies trying to pull the weight for everyone. We want to make sure everyone is pitching in.
Topics
Policy & Politics