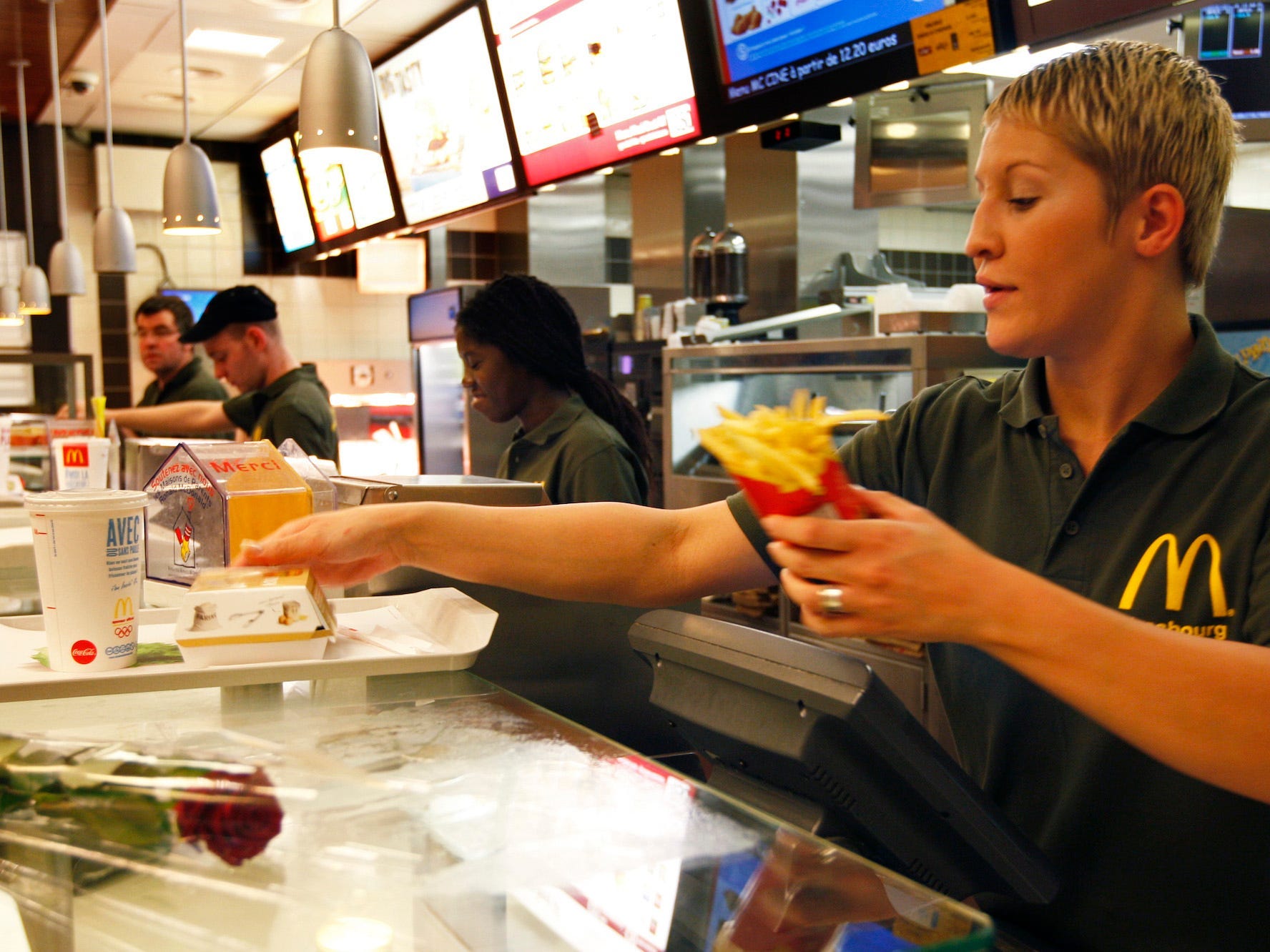 A discounted meal every shift is not enough to keep fast-food employees satisfied.

The restaurant industry had the third-highest resignation level of any industry, with 706,000 workers across food services leaving their jobs in May. The resulting mismatch between what workers want and what employers need is making it impossible to fill open positions.

To address this problem, chains have begun offering cash incentives to attract new talent. One McDonald’s franchise in Florida offered candidates $50 to come in for interviews. Shake Shack announced that it’s extending its $500-$1000 hiring bonuses through August.

"The theory behind a lot of these $500 incentives is, if we can get people in and trained and comfortable, and this becomes their routine or their rhythm, they’ll stay longer," said Brooks Holtom, a professor at the Georgetown University McDonough School of Business.

But workplace experts like Holtom said these short-term monetary improvements won’t sell job seekers. Instead the fast-food industry needs to transform the culture inside its restaurants both to retain workers for a longer time and recognize workers are reevaluating what they want out of their careers, experts said.

"I’ve been studying the labor market globally for the last 15 years," said Andrew Hunter, a cofounder of the job-search engine Adzuna. "And I’ve never seen anything like this. It’s really a bit of a cardiac-arrest moment for the job market."

Many of the perks that fast-food restaurants have invested in, such as the retention bonuses that are offered to talent who stay for a designated period of time, are unlikely to keep workers for the long term.

Rather than investing money in signing bonuses, restaurants need to be redirected to building company culture. McDonald’s Corporation did not immediately respond to a request for comment.

"The good employers are a bit more thoughtful about how to attract talent, and it’s not only about cash," Hunter said.

Even white-collar jobs that include office ping pong tables and bean bag chairs as perks are no longer landing applicants, Hunter said. Instead, workers in all types of jobs want substantive benefits such as free childcare and flexible schedules.

Restaurants also need to raise wages. Unemployment benefits pay more than many minimum-wage fast-food jobs in most states. The average hourly wage of a fast-food worker is $11, according to Salary.com.

Some changes are already happening in the fast-food industry. For example, Starbucks and Chipotle are investing in flexible work schedules, said Hunter. Shake Shack is training workers on the skills needed to get promoted to a higher role at the company.

"It’s nice to see the evolution of perks and addressing what individuals need," Hunter said.

Retention issues aren’t a new challenge for the fast-food industry. In 2018, the average turnover rate at a fast-food restaurant was at a high of 150%. However, attrition may only get worse as employees demand better pay and working conditions.

Understanding the "social dynamics" of the workplace is key to attracting loyal employees, Holtom said. This means employers need to understand their workers’ personalities to better staff their restuarants and create a professional community.

For example, companies can rely on peer referrals and hiring tools to help determine which applicants can work well with existing team members. One digital hiring platform is HireVue, which uses information on existing employees’ personalities to identify which new applicants would be compatible with the people who already work at the business.

According to Holtom, these tools allow employers to be more intentional in meeting candidates’ needs, rather than asking them to fit a standard mold.