Elon Musk received $6.7 billion in compensation in 2020, eleven times more than the second highest-paid US CEO 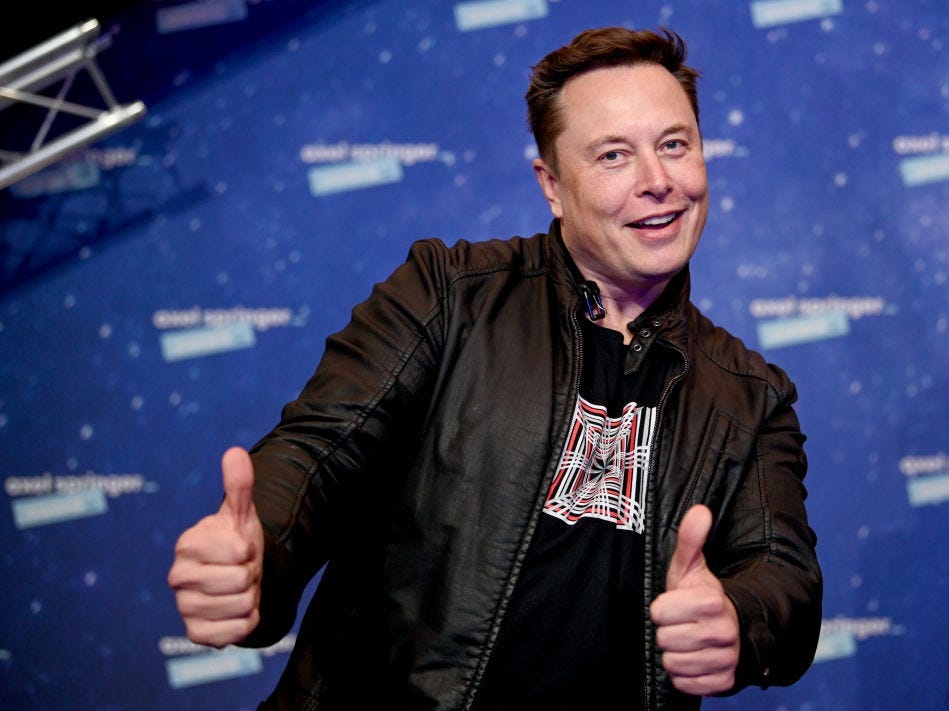 Musk hasn’t received his billions in cash. His compensation was comprised of option awards, giving him the right to acquire Tesla shares at a set price.

The EV maker’s surging stock price through 2020 puts Musk at the top of Bloomberg’s list for the third year in a row and is an increase his estimated 2019 compensation of $595 million. Pykosz’s compensation comprised a salary, bonus, stock awards, option awards, and perks.

The Bloomberg Pay Index is a yearly tally of the highest paid executives leading publicly traded US companies. It is compiled using regulatory filings submitted to the US Securities and Exchange Commission.

It includes salary, performance, and discretionary bonuses, pension as well as the value of any stock options or grants received within the year. Deferred compensation is also included.

Pykosz is one of three Oak Street Health executives on the list, alongside COO Geoffrey Price in 7th ($356 million) and CMO Griffin Myers in 9th ($221 million).

All, other than Musk and Karp, received the majority of their remuneration through stock awards.

A separate study, conducted by the New York Times and Equilar, listed Palantir boss Karp as the highest paid executive on the basis of how his pay compared to the average pay of his employees.

According to Bloomberg, the typical CEO among America’s 1,000 biggest listed companies receives 144 times the pay of their median employees.

Senators Bernie Sanders and Elizabeth Warren tabled a bill in March aimed at punishing firms who pay their executives excessively more than workers.

In February, Musk temporarily overtook Amazon’s Jeff Bezos as the world’s richest man, with an estimated net worth of $200 billion.