Employees at a Chinese office have to smile for an AI camera to get through the front doors, change the temperature, or print documents 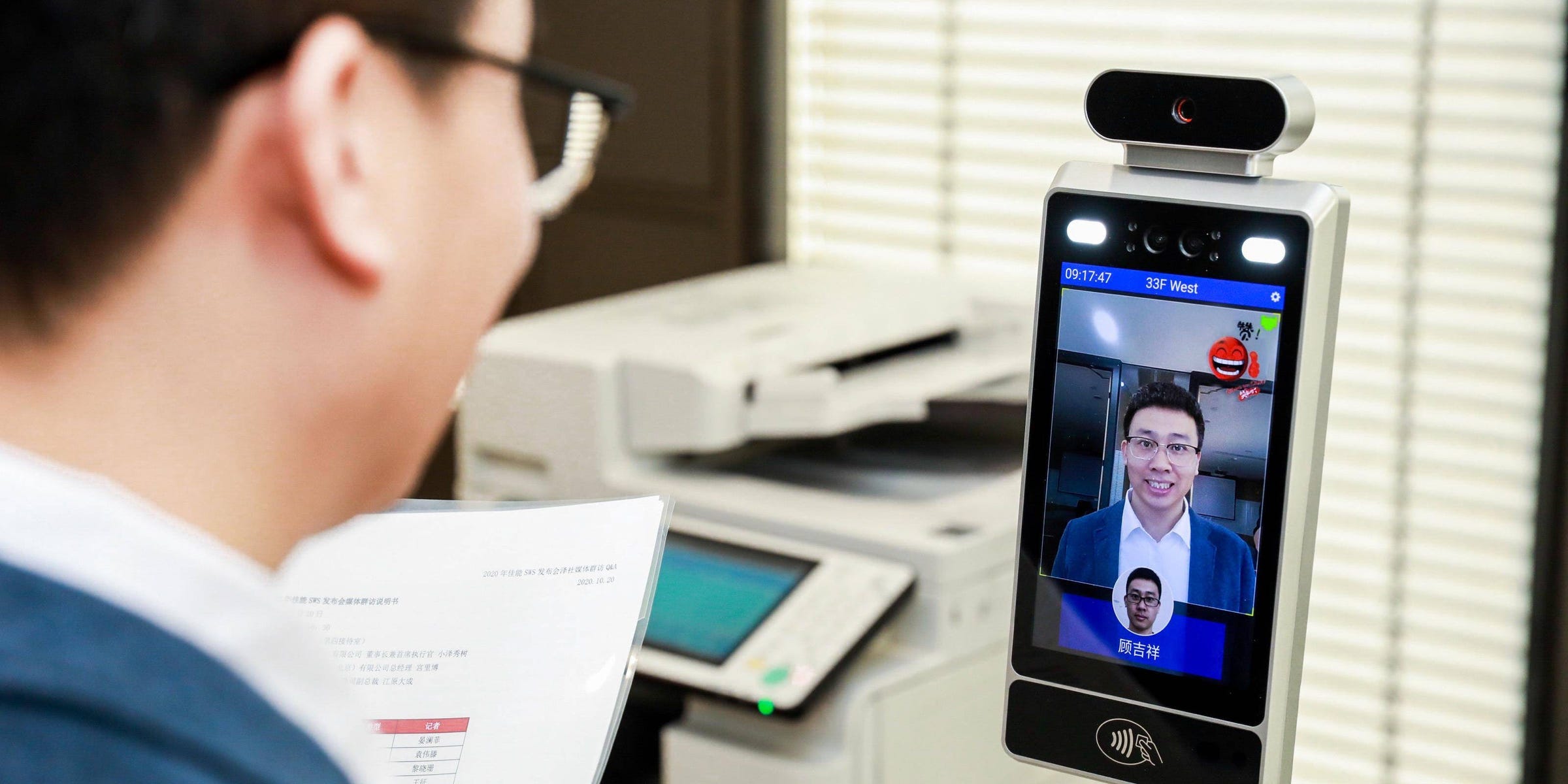 For employees at Canon Information Technology’s Beijing office, it’s not enough to show up for work — they have to smile, too.

The subsidiary of the Japanese imaging conglomerate introduced a "smiling face recognition" technology last year into its AI-powered workplace management system that uses facial scans instead of key cards.

Now workers must flash a smile before they are able to enter the office or reserve a conference room.

"We have been wanting to encourage employees to create a positive atmosphere by utilizing this system with the smile detection setting ‘on’,"a spokesperson for Canon China told Nikkei.

"Mostly, people are just too shy to smile, but once they get used to smiles in the office, they just keep their smiles without the system which created a positive and lively atmosphere," the spokesperson added.

The smiling face tech is the cornerstone of Canon’s "Jiachuang Space" system that also measures workers’ temperatures, registers guests, and — naturally, for Canon — allows them to print documents.

In its announcement in October last year, Canon said it is marketing the tools to businesses ranging from restaurants to hospitals to banks, and that it "hopes to bring joy and health to everyone in the post-epidemic era." The smile-detection function can be switched off, but Canon encourages its use to "make everyone relax and get healthy with a smile, so as to create a happier working atmosphere and improve efficiency."

Meanwhile, some workers told Nikkei the happy face requirement was unwelcome and intrusive.

"So now the companies are not only manipulating our time, but also our emotions," one Weibo user said.

The move is part of a larger trend of worker management that is branching out beyond monitoring the movements of blue-collar workers and seeking to influence the psychological state of white-collar professionals.

In April 2019, Insider reported Amazon was instituting a system to track warehouse workers’ "time off task," and in 2020 it was revealed the company used a "Relations Heatmap" to track Whole Foods employees’ likelihood of forming a union.

Reuters reported on several available software products that allow employers to monitor workers’ keyboard and mouse activity, GPS locations, emails and web-browsing activity. One developer told the wire service that requests for trials of his software tripled in the first months of the pandemic pushing many professionals into remote work.

As offices begin to reopen around the world, employers will have one more way to influence how workers go about their days.