Following my dad’s simple money advice helped me lock in a $25,000 annual raise 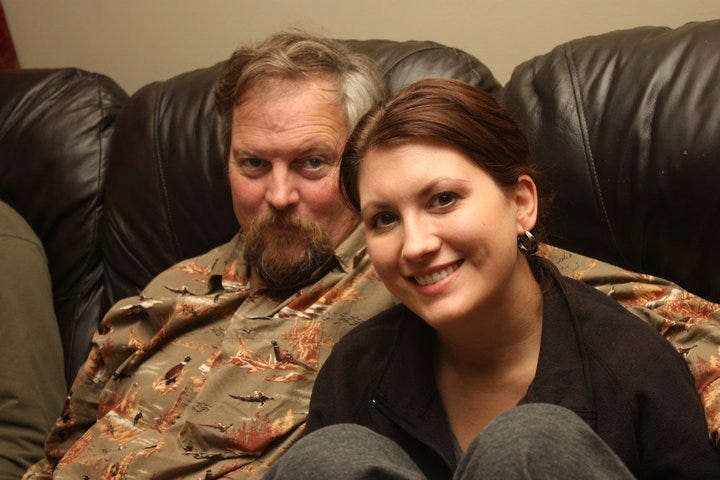 My dad, a fourth-generation Kansas rancher, shared a lot of financial advice with me as a kid. One thing he taught me was to always provide tangible value in whatever job I’m in — and to look for ways to provide even more value. In short, my dad’s advice was to make myself indispensable to an employer, and then I could name my terms.

"Naming my terms" could take many forms, but could include asking for a raise, creating my own opportunities, such as working on specific projects I wanted, or it could even mean a custom setup with a flexible schedule.

First, I made myself indispensable

Right after completing graduate school, I took an entry-level position at a growing company, hoping there would be an opportunity for me to grow with the company.

Since it was an entry-level position, and a multifaceted one at that, there were lots of needs, including answering phones. Someone else might have found that demeaning, especially since I had a Master’s degree and years of experience prior to attending graduate school. I didn’t look at it that way, though. I saw it as an opportunity to know everything that was going on.

By answering the phones, I quickly learned what was happening at every level of the organization. I learned who regularly called for the CEO and why (because I also took messages when people didn’t want to leave voicemails). I also learned what kind of regular inquiries we got and what questions people called in with.

I asked to sit in on meetings in my first few months of employment, saying I wanted to learn as much as possible. My superiors said sure, and, in the meetings, I offered to take notes. Again, someone else might have thought this demeaning, but I saw it as another opportunity to be "in the know." In meetings, when a document was proposed to be drafted, I volunteered to draft it.

This additional work I was doing meant that I quickly learned much about the organization, which allowed me to see the specific challenges the organization was facing. This gave me the opportunity to offer solutions.

I looked for problems so I could offer a solution

When I saw something that could be improved upon, I took it upon myself to brainstorm a couple of solutions, present them to my boss, and ask if I could help implement them. She was usually pretty happy to oblige because it solved a real problem for her. It also showed my initiative, which positioned me well when new responsibilities came up and she was looking for someone to take them on.

In performance reviews, I’d define goals for myself that helped the company. I aligned my own goals with what would help the company achieve monthly or quarterly goals. This easy alignment felt like a no-brainer to me, but positioned my success with tangible results for the company.

I quantified my value

I kept track of what I was bringing to the table. Sometimes it was ideas and solutions, sometimes it was specific contracts that brought in revenue. I kept track of these as bullet points and assigned value where it made sense. If I proposed a solution that saved the company $5,000 annually, I counted it. If I created a service package and sold it to five clients at $5,000 each, I counted it.

After about six months at the company, I asked my boss for a meeting, hinting that I had some ideas to help move some projects forward.

I opened with how much I enjoyed working for her in the role in which I’d been hired. I mentioned that I thought I could add more value, then I listed what I’d already accomplished. I proposed a few projects that I could deliver, and suggested that when I did, I’d receive an incremental raise, increasing my salary by $25,000 in the course of the year.

I positioned it this way for a couple of reasons. First, I wanted my pay to reflect the value I was bringing, and I also wanted to lower the barrier for her to say yes. If I didn’t meet the goals, I wasn’t entitled to the incremental raise. If I did accomplish it, the money was there to pay me more.

Asking for what I wanted didn’t stop with the raise. When I had a baby about a year later, my value was pretty cemented, so I asked for what I wanted. I wanted to work from home several days every week as part of my transition from maternity leave back into the office. I drafted a proposal of what that schedule could look like and how it would help me keep delivering at the level I had been. My boss was happy to make that allowance because she knew my value and wanted me to keep contributing.