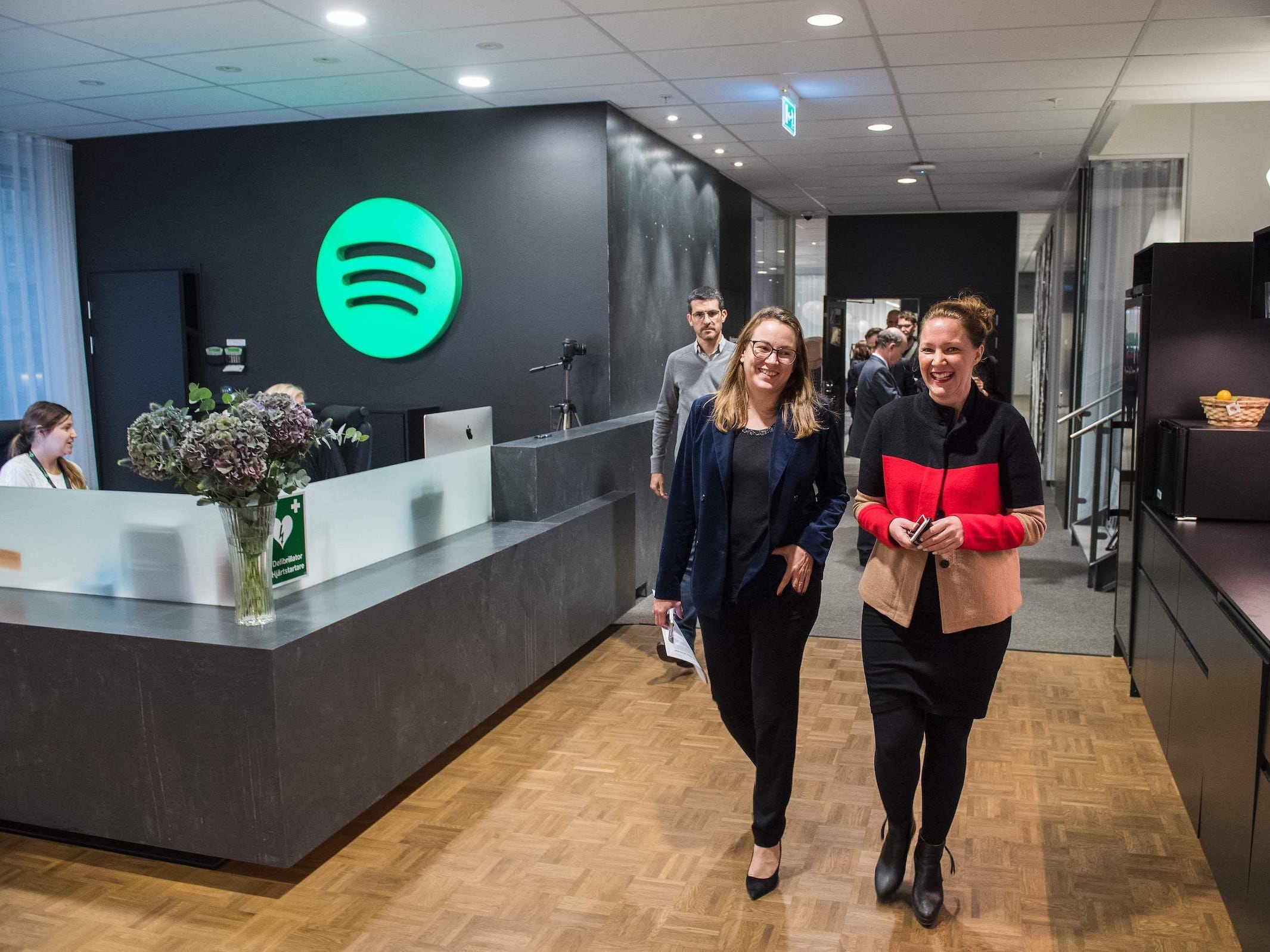 The remote-work model was a success for many companies during the pandemic but not all large organisations unanimously embraced it. However, in a survey conducted by Growmotely earlier this year, 61% of respondents said they prefer a fully remote environment. More recently, in a Limeade Institute poll of 4,500 adults across five countries, 100% of respondents who worked in an office before the pandemic said they were anxious about returning to the workplace.

Large organizations, including Amazon, Twitter, and Goldman Sachs are taking different approaches to their future workforce arrangements. Some are embracing an all-remote workforce, while others are encouraging employees to return to their office desks.

Earlier this year, Spotify announced its transition to a permanent flexible-work model with its Work From Anywhere policy. The new occupational strategy lets its 6,550 global employees choose how they want to work at the company — in an office, remotely, or at a coworking space that the company will pay a subscription for, as Insider previously reported.

Employees will be given more choice over the town, city, or country they want to work from.

"This is an opportunity to scrap the idea that big cities are the only places where meaningful work can happen because we know firsthand that isn’t true," Travis Robinson, the head of diversity, inclusion and belonging at Spotify, told Insider previously. The company’s CEO, Jack Dorsey, sent an email to his employees informing staff they can work from home "forever" if they so wish, The Washington Post reported. The firm made its announcement in May last year.

According to the report, Twitter’s shift to a permanent remote-work policy was a two-year project, accelerated by the pandemic amid lockdowns.

In 2018, Dorsey sent an email to his employees encouraging them to work from home after experiencing a lift in productivity by doing so himself.

"We’ve already been on this path, and the crisis just catapulted us into a future state," said Jennifer Christie, Twitter’s chief HR officer, in a blog post, as reported by The Washington Post.

The software and cloud computing company adopted similar work-from-home policies after recently unveiling its Work From Anywhere plans. The new guidelines offer employees three options for how they’ll work going forward: flex, fully remote, and office-based. The flex option will allow workers to come into the office up to three times a week for tasks that cannot be conducted virtually. Not everyone is welcoming the remote-work model with open arms. Speaking at the Credit Suisse Group AG conference earlier this year, the CEO of the investment bank, David Solomon, rejected the work-from-home policy, stating that it "is not ideal for us and it’s not a new normal," CNBC reported.

Solomon said the nature of business within the financial sector clashes with the work-from-home model. "I do think for a business like ours which is an innovative, collaborative apprenticeship culture, this is not ideal for us," he said.

The company said it expected US employees to return back into the office by June 14, according to an internal memo reviewed by Insider. Although UK staff were also expected to return in June, this decision has been delayed after the government extended COVID restrictions to July 19.

Solomon is not alone in his views. Last October, Jamie Dimon, the chief executive officer of J.P. Morgan was very vocal about what he viewed as the implausibility of remote working.

"How do you build a culture and character? How are you going to learn properly?" he said, similarly referring to junior workers as Solomon did, per Financial News London.

According to Dimon, "a lot of work takes place not at the meeting, but before or after the meeting, when people share ideas."

It was reported by Reuters in May that the company would step up the return of all of its employees in England to working at least part of their week in its offices from June 21st. As for the streaming company, co-chief executive, Reed Hastings, told The Wall Street Journal last year that he doesn’t see any positives in a remote-working environment. "Not being able to get together in person, particularly internationally, is a pure negative." Amazon corporate and tech employees worldwide won’t have to return to the office full-time.

Employees will be able to work remotely two days per week, the company said in a memo, viewed by Insider.

Staffers will also be allowed to clock in from another location within their home countries for up to four weeks each year. Workers who prefer to work remotely for three days or more can apply for an exemption, but will be considered primarily remote workers and will not have a designated workspace at the office, the company added.

Prithwiraj (Raj) Choudhury, a professor at the Harvard Business School and remote work expert, highlighted the key benefits of working away from the office, in an interview with Insider.

He said: "For individuals, the benefit of remote work is that it offers flexibility. Individuals can save on time and live in their preferred location under different remote work models. Remote work also creates a lot of value for companies. As an example, when companies allow workers to work-from-anywhere, talent can be hired globally, even at locations where the company doesn’t have an office."

Choudhury respectfully disagreed with Soloman’s views on remote working. "Remote work has been around for a long time and organizations such as the US Patent Office and Dell have successfully embraced remote work much before the pandemic," he said.

He added: "One of the models I really like is the TCS 25-25 hybrid remote work model, which I have studied in detail."

In this model, all employees spend 25% of their time in the office and the entire team comes in on those "in-office" days. "The other model I like is ‘remote-first’, where employees act as remote workers even on days that they are in the office," Choudhury said.

According to Krystal, virtual work meetings leave little time for "schmoozing" — the informal social interactions that build connection and trust.

The sharp divide between companies’ stances on remote working is clear but only time will tell whether the gulf will widen further.