From ‘vanilla’ skirt suits to ‘too-tight’ shirts: Female lawyers describe how it’s impossible to win when it comes to professional dress codes 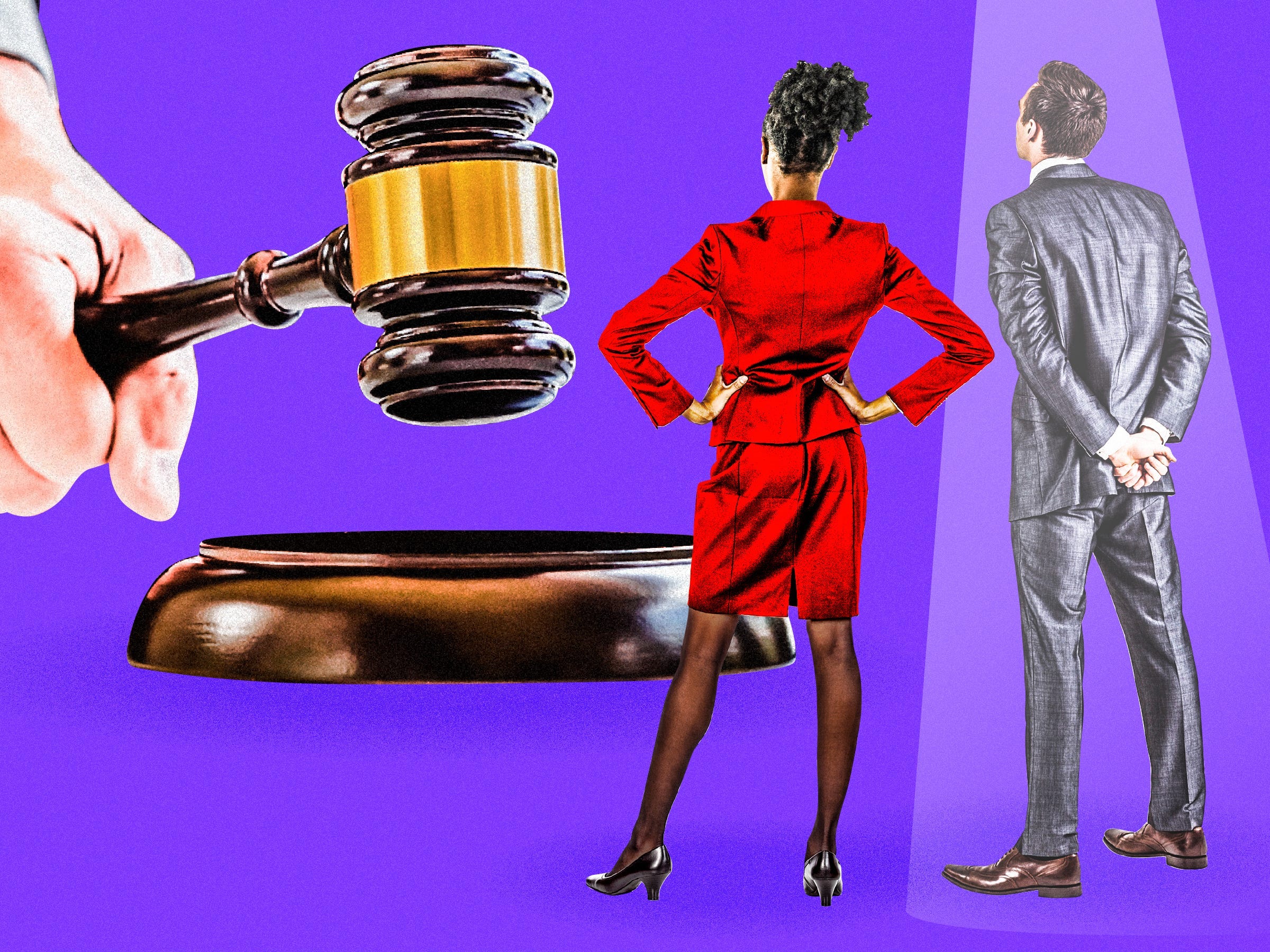 In 2009, Emily Galvin-Almanza, a public defender, drove five hours to a California state prison to visit a client. As she approached the metal detectors, a male officer turned her away.

The reason? Her bra.

Lawyers and loved ones who visit correctional facilities are subject to strict dress codes: no skirts shorter than 2 to 3 inches above the knee, no sleeveless tops, no open-toed shoes — and no underwire bras.

So Galvin-Almanza marched back to her car, tore up the stitching of her plain, beige Victoria’s Secret bra, and pulled out two C-shaped bands of wire from it. She sure as hell wasn’t going to drive home without doing her job, she told herself.

"These are 19th-century modesty rules," Galvin-Almanza said. "There’s no rational basis for them."

The rules in that prison weren’t an anomaly. In prisons and courtrooms across the US, strict dress codes disproportionately affect female-presenting lawyers. As in-person prison visits and courtroom trials begin to reopen, women are contending with renewed concerns over how their wardrobes influence their work.

A persistent history of harsh dress codes for women

Professional dress codes for women have been relaxed since several decades back, when drab skirt suits with hems below the kneecaps were the fashion du jour and women in pants were taboo in office settings.

But even as recently as a handful of years ago, law firms, law schools, and bar associations instructed female lawyers on what they should and shouldn’t wear. In 2010, the Chicago Bar Association held a "What Not to Wear Fashion Show," where a panel of judges commented on legal-fashion faux pas, from tightly fitted suits to dark nail polish and hair in a ponytail.

According to a blogger who attended the show, one professor said, "Maybe you bought your suit at Express or somewhere … and you bent over to get a Danish and I can see your tramp stamp."

While dress-code guidance has been made in the name of professionalism, female lawyers told Insider that the rules sought to hold women responsible for men’s reactions.

"These justifications are a vestige of white-male privilege that dominates our culture," Jennifer Sellitti, a training director at the New Jersey Office of the Public Defender, said. "It’s demeaning to see others think you can’t handle yourself as a professional."

Sellitti said she had wasted countless hours changing her outfits before visiting clients in prison to make sure they wouldn’t be deemed inappropriate.

"I once wore a flowy shirt that didn’t show any cleavage. But a former professor looked at me and said it looked like I was trying to show off my breasts, and my opposing counsel would think that’s what I was trying to do," Ashley Kincaid Eve, a civil-rights attorney, said. "It floored me, and the worst thing is, it made me question myself."

Courts are traditionally conservative, and most US courts expect lawyers of all genders to adhere to specific dress codes as a sign of respect. But the rules often place a greater burden on female-presenting lawyers.

Corporette, a fashion and lifestyle blog for professional women, advises that women dress "vanilla" when appearing in court and "absolutely" recommends "wearing a skirt for the first few days, if only until you get a feel for the judge and the lay of the land."

Female lawyers often share judges’ sartorial preferences — and attitudes toward nonmale attorneys — via whisper networks across the legal profession. There are some judges, for example, for whom "a skirt suit with pantyhose is pretty much mandatory," Galvin-Almanza said. "All of these gendered norms are completely, overtly reinforced in the courthouse."

While judges won’t explicitly issue such dicta, attorneys have been pulled aside by court marshals and told they should use all the buttons on their blouse or refrain from wearing too-tight suits, according to women who spoke with Insider. Other aspects of appearance, like makeup, hairstyles, and shoes, are scrutinized as well.

Things can be doubly difficult for women of color, who often have to contend with implicit biases based on their race.

"I practice in a jurisdiction where a lot of clients fortunately look like me, but I need to make sure I look different to make sure people take me seriously as a lawyer," Heather Pinckney, a managing partner at the DC firm Harden & Pinckney, said.

Pinckney, who often has her hair in braids or "anything somebody’s rocking on the street," said that she’d been stopped by marshals and court officials who assumed she wasn’t an attorney — and that her white colleagues, dressed in similar fashion, hadn’t been confronted in this way.

"What about me doesn’t look like a lawyer? Is it because I’m a short Black woman?" she said.

A few years ago, the human-rights attorney Jessica Jackson was denied a visit with an incarcerated client because her shirt was too stretchy. Jackson was eight months pregnant at the time. She drove up the road to the nearest Target and bought the biggest T-shirt she could find. By the time Jackson changed and returned to the correctional facility, half her allotted time with her client was over.

"It’s not just the delays," Jackson said on the effect dress codes can have on her work. "You’re basically told you’re too young, too pretty — you’re totally discredited."

Jackson hasn’t forgotten the incident. She’s pregnant again and worried about a repeat incident, she said.

In early June, Jackson was preparing for her first in-person visit to a correctional facility since the start of the pandemic. Jackson, nearly five months pregnant, was stressed about what to wear and ultimately landed on a conservative all-black outfit — plus an extra pair of pants, in case the first pair was too tight.

"I shouldn’t need to think about all that stuff," Jackson said. "I should’ve been able to relax and use that time I spent finding a sports bra to focus on my client’s case instead."