Goldman Sachs, Wells Fargo, and Credit Suisse are asking employees whether they’ve received a COVID-19 vaccine. Here’s the latest on the details that they’re after. 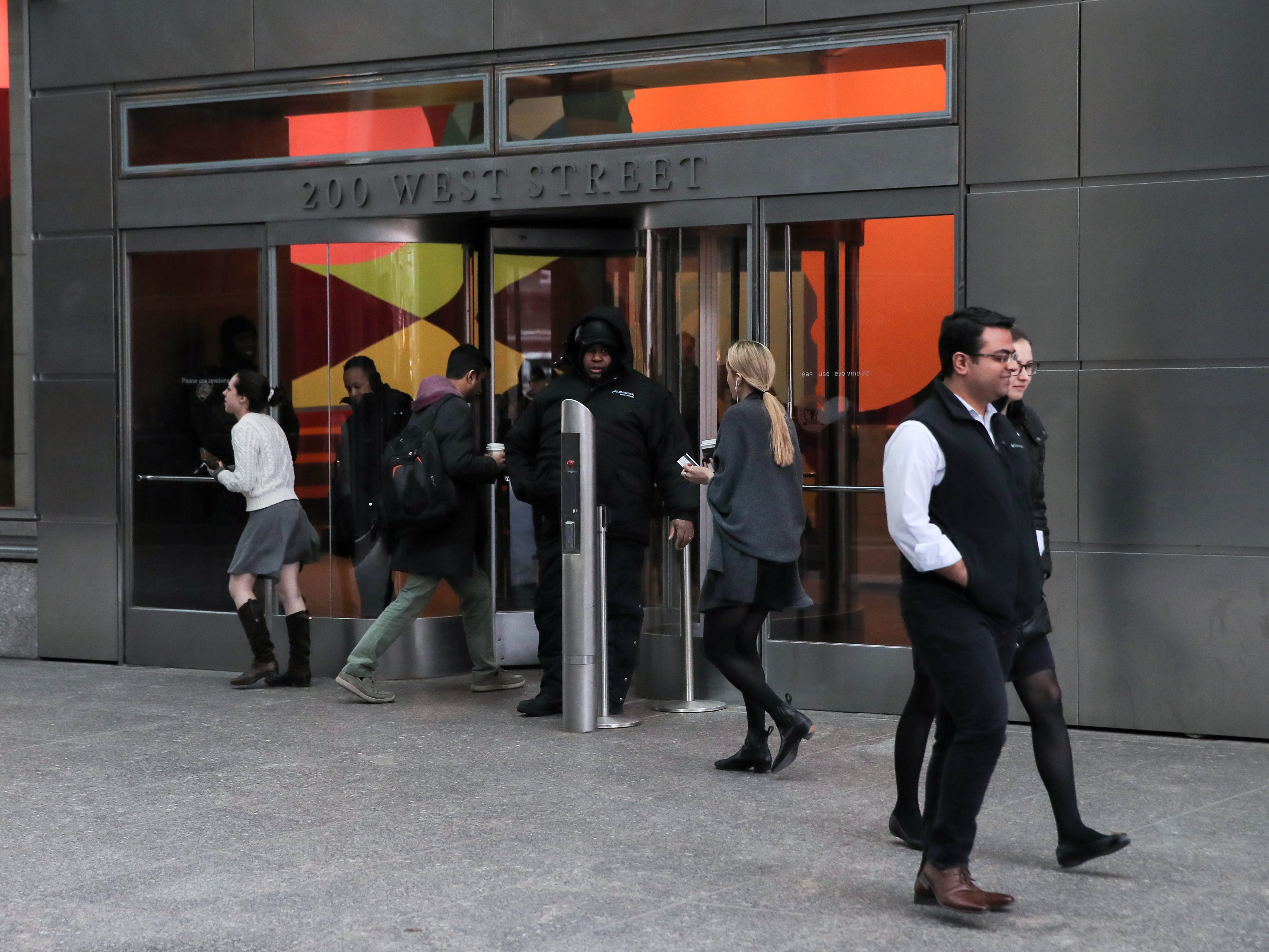 Wall Street has its eyes on a return to the office — and now its curiosity is coalescing around whether or not employees have been vaccinated against the coronavirus.

In recent days, several financial-services firms have issued surveys or attestation forms to their employees, requesting that they voluntarily disclose whether or not they have received the COVID-19 jab.

US employers are legally within their rights to require workers to get a COVID-19 vaccine or restrict their access to the office, according to recent guidance from the Equal Employment Opportunity Commission (EEOC).

Nevertheless, Wall Street banks so far have stopped short of compelling their workers to roll up their sleeves and receive the injection in order to return to the office.

But that hasn’t stopped some of these banks from asking the question — and expecting an answer, whether affirmative or negative, in return.

The documents come on the heels of the banks spelling out their plans to start migrating workers back to their workplaces as of mid-June.

Insider is tracking Wall Street’s return to work, and which banks are screening for COVID-19 injections. Here’s the latest.

Are you an employee of a financial-services firm who has been advised about returning to the office, or been asked to disclose your vaccination status? Contact this reporter. Reed Alexander can be reached on email at ralexander@insider.com, or via the encrypted app Signal at (561) 247-5758.

Goldman Sachs asked employees to disclose whether or not they had received the COVID-19 shot by 12 p.m. ET on Thursday, June 10, according to an internal memo reviewed by Insider.

"Registering your vaccination status allows us to plan for a safer return to the office for all of our people as we continue to abide by local public health measures," the memo said, adding that employees would upload their vaccination status on an app called Canopy.

"While we strongly encourage you to receive a COVID-19 vaccine, we understand that the choice to get vaccinated is a personal one," the document added. It was first reported by the New York Times’ DealBook newsletter.

Previously, Insider reported that Goldman Sachs informed its US staffers that they would be expected back at the office beginning on June 14. UK employees are required to return by June 21.

Insider reviewed two separate memos sent by senior Credit Suisse executives on the bank’s US leadership team, in which the firm told employees that they were required to fill out a mandatory health attestation form pertaining to the COVID-19 vaccine.

Employees may also voluntarily disclose whether or not they had received the vaccine, but filling out the attestation form itself was required, not optional.

That was according to the first of the two memos, which was sent on May 24. Employees had until May 28 to fill out the form.

Sources previously told Insider that the health attestation form operates as a waiver of sorts, protecting the firm if any of its staff members were to fall ill with the disease.

The May 24 memo added that returning workers will "also attest to their vaccination status" and compliance with the company’s protocols on an "ongoing basis," upon arrival at the office.

A second document reviewed by Insider, which was sent in early June by the US leadership team, reminded employees that responding to the attestation form was mandatory, and if they had not done so, that they were past due. In it, managers were asked to check with their teams to ensure a 100% compliance rate in filling out the form.

Previously, Insider reported that Credit Suisse employees who had received the COVID-19 vaccine would voluntarily be able to return to the office beginning on June 14.

After the Labor Day holiday on September 6, the firm will implement the second phase of its return, in which all employees will be expected back at the company’s US workplaces, under the auspices of a regular, full-time schedule.

A representative for Credit Suisse declined to comment beyond the contents of the memos.

Wells Fargo alerted all US employees on June 10 that it will confidentially survey them in regards to their vaccination status.

In a memo reviewed by Insider which was sent to US-based employees by Wells Fargo’s Chief Operating Officer Scott Powell, the firm said that it would request that employees respond to survey by June 16, denoting their vaccination status.

While survey answers are confidential, Powell said that the goal is to harness the data to inform the bank’s plans to "maintain a safe workplace" as it begins the migration back to the office.

Wells Fargo previously told employees — even if they had already been vaccinated — to expect to continue working from home until Labor Day.

"To better inform our planning for returning to the workplace, we are asking U.S. employees to voluntarily take a brief survey regarding COVID-19 vaccination status and plans," a company representative told Insider in an emailed statement on June 10.

"The data collected will be used as an aggregate only, not on a person-by-person level, and responses will be confidential," the spokesperson added.