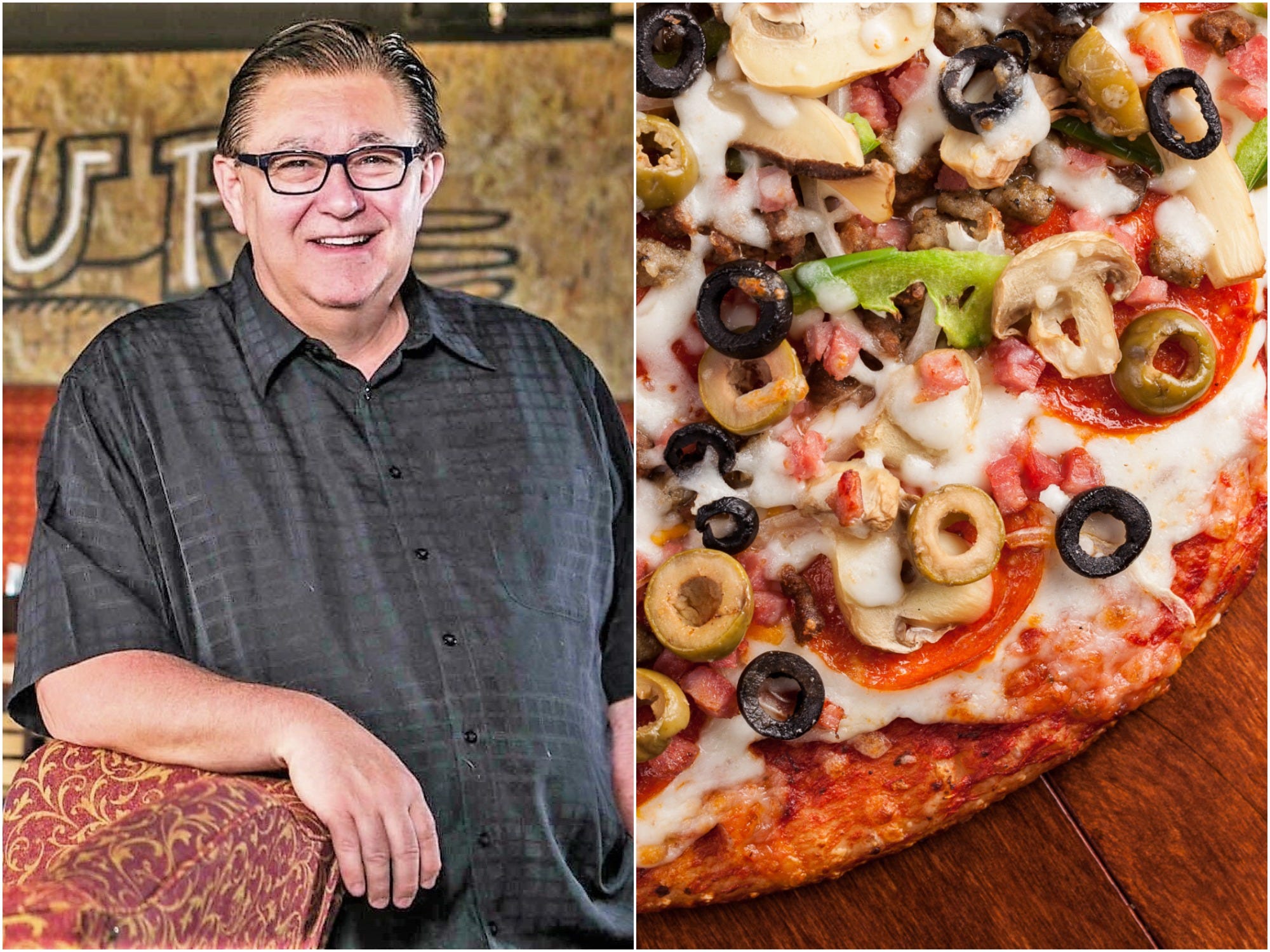 Happy Joe’s pizza and ice cream restaurant has suffered highs and lows in recent years — and so has its chief happiness officer.

Its founder and CEO, Joseph "Happy Joe" Whitty, passed away in 2019 and not long afterwards, the pandemic struck.

Like most of the hospitality sector, store sales were down, restaurants were closing, and worst of all, there were staff layoffs, Tom Sacco, the company’s CEO and chief happiness officer, told Insider.

Sacco, based in Iowa, became CEO in 2019 when the company was looking for someone to inject life back into Happy Joe’s. A week into the job, he asked for a non-traditional job title as chief happiness officer.

The pandemic was the most challenging business climate that he’s ever worked in.

Day to day, Sacco’s role involves encouraging Happy Joe’s managers to talk about positive experiences at work to pass onto their teams. He also dishes out random acts of kindness, such as sending gifts to employees’ families, and walking elderly customers to the car when it’s snowing.

Despite being in charge of creating a positive culture at Happy Joe’s, Sacco was also responsible for laying off employees due to the pressures of the COVID-19 pandemic.

"Other than the loss of my parents, I can’t tell you when I felt sadder and more helpless in my entire life as I did laying those people off," said 68-year-old Sacco, who has worked in the restaurant industry for 30 years.

Happy Joe’s never shut during the pandemic. All of its 70 restaurants across America remained open only for food deliveries and drive-thrus, Sacco said. But it wasn’t enough to keep hold of its entire workforce.

"I cried more in that month of March in 2020 than I have cried in my entire life combined," he said. "It’s very hard to tell people that have given you their heart and soul that you no longer can afford to have them work for you."

Government financial aid helped the company to bring back employees, but some of those that had left the company had already changed industries, Sacco said. Some of the chefs went on to work in Amazon warehouses, he added.

For the Happy Joe’s employees who were laid off, Sacco provided them with references and letters of recommendation to help them move onto another job, he said.

"If they did get a call from another job, then it made me feel like at least I was helping them move forward," he said. "I’m a firm believer in positive thoughts and overcoming lots of challenges, hence the chief happiness officer role."