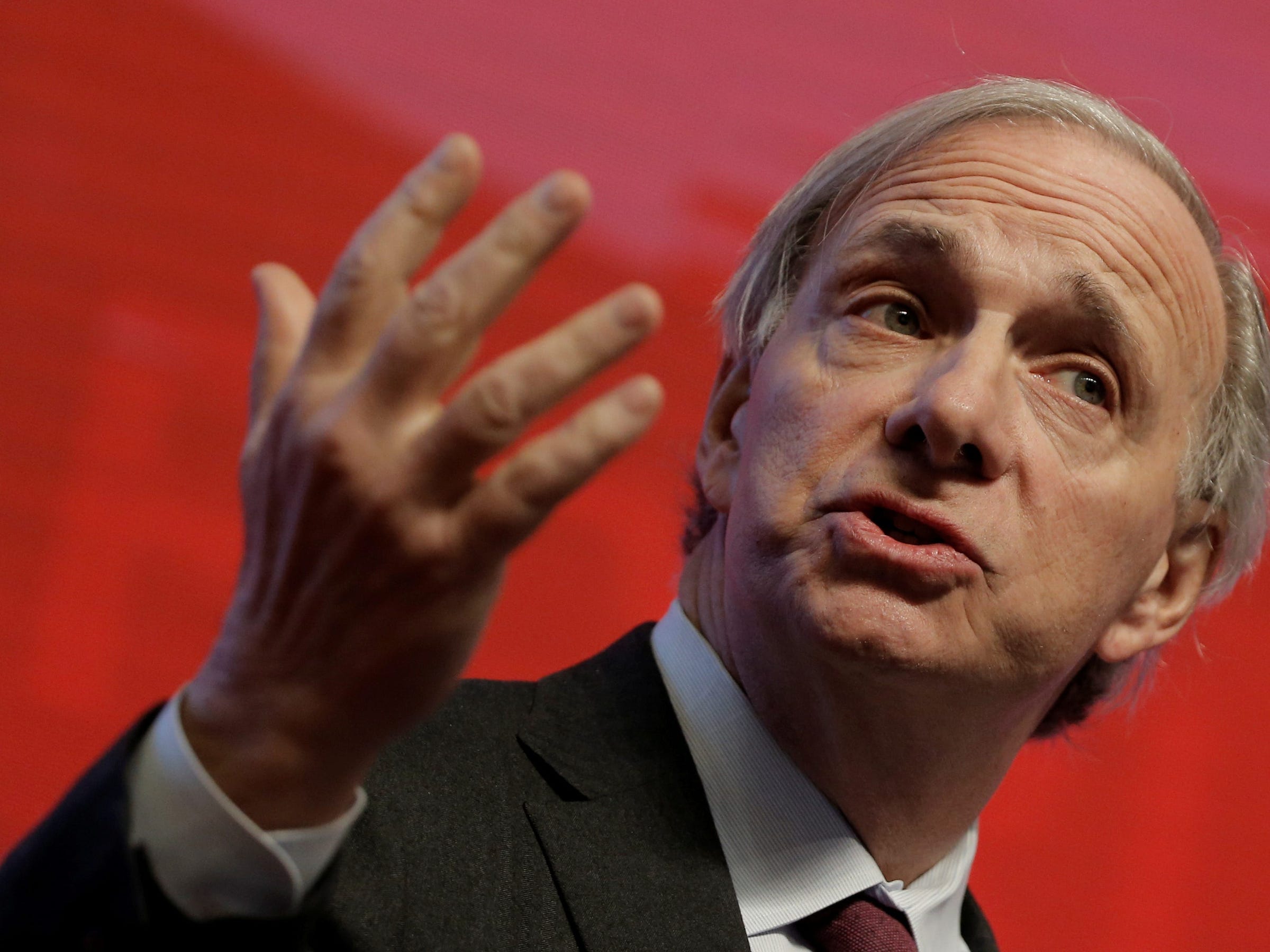 One of the factors that tends to unite those that have reached the very top of their game is how they approach making decisions — both in the short and long term.

There is a limited number of decisions that anyone can make in a day, something psychologists term "decision fatigue".

And Amazon’s founder and now space chief Jeff Bezos once said that he only expects himself to make three good decisions a day — and also to get them all done before lunch time.

Ray Dalio, the one of the world’s most successful investors, has his own insights into decision making.

Hailed by many as one of the most innovative investors of the modern age, Dalio founded Bridgewater Associates in 1975. Bridgewater has grown to manage $150 billion worth of assets, giving Dalio a personal fortune of an estimated $20.3 billion, according to Forbes.

His 2017 book "Principles: Life and Work" — in which Dalio offers his perspective on success, leadership and growing a business —  is a New York Times bestseller.

He reposts daily nuggets of wisdom, many from the book, to his 714,400 Twitter and 2 million LinkedIn followers under the hashtag #Principleoftheday.

His recent tweets focus on making decisions, some specifically in relation to careers.

All of the principles have been posted on his social media before, but remain helpful reminders nonetheless. Dalio’s latest thread, posted August 10, urges followers to simplify how they think about their life and career.

"Get rid of irrelevant details so that the essential things and the relationships between them stand out," wrote Dalio who goes on to quote a popular proverb, commonly and perhaps mistakenly attributed to both Albert Einstein and the singer Peter Seeger.

Pointing to Picasso, Dalio added: "He could paint beautiful representational paintings from an early age, but he continually pared down and simplified as his career progressed."

Not everyone can think this way, but that shouldn’t stop people from trying:

"Just because you can’t do something naturally doesn’t mean you can’t do it — you just have to have creativity and determination. If necessary, you can seek the help of others."

Get rid of irrelevant details so that the essential things and the relationships between them stand out. As the saying goes, “Any damn fool can make it complex. It takes a genius to make it simple.” (1/3) pic.twitter.com/Wb1CWBYddv

2. Choose the great over the new

Dalio also looked at the lens through which you should view a decision, like a short-term call.

"New is overvalued relative to great," he wrote. Dalio said when making a simple decision, like which movie to watch or book to read, to consider whether you’re drawn to proven classics or the newest thing.

"In my opinion, it is smarter to choose the great over the new," he said.

For example, when choosing which movie to watch or what book to read, are you drawn to proven classics or the newest big thing? In my opinion, it is smarter to choose the great over the new. #principleoftheday pic.twitter.com/D7G4AhZbnr

Dalio’s third principle, posted on August 8, refers to habits. They define your success — so choose them wisely.

"If you do just about anything frequently enough over time, you will form a habit that will control you," he wrote.

If you understand how this part of your brain works, you can form better habits, Dalio added.

Among Dalio’s many management principles is the concept of radical transparency which encourages open and honest dialogue between colleagues and managers.

Dalio recently developed a Zoom app based on the concept, designed to enable people to give their colleagues instant feedback — several members of Insider’s careers desk gave "Dots Collector" a go, and found that it was not for the faint of heart.

While not everyone is convinced by their efficacy, Dalio is also a proponent of personality assessments, believing they can be useful in helping a person identify and shape for their strengths and weaknesses.

He launched his own free-to-use assessment in April, after two years of development.