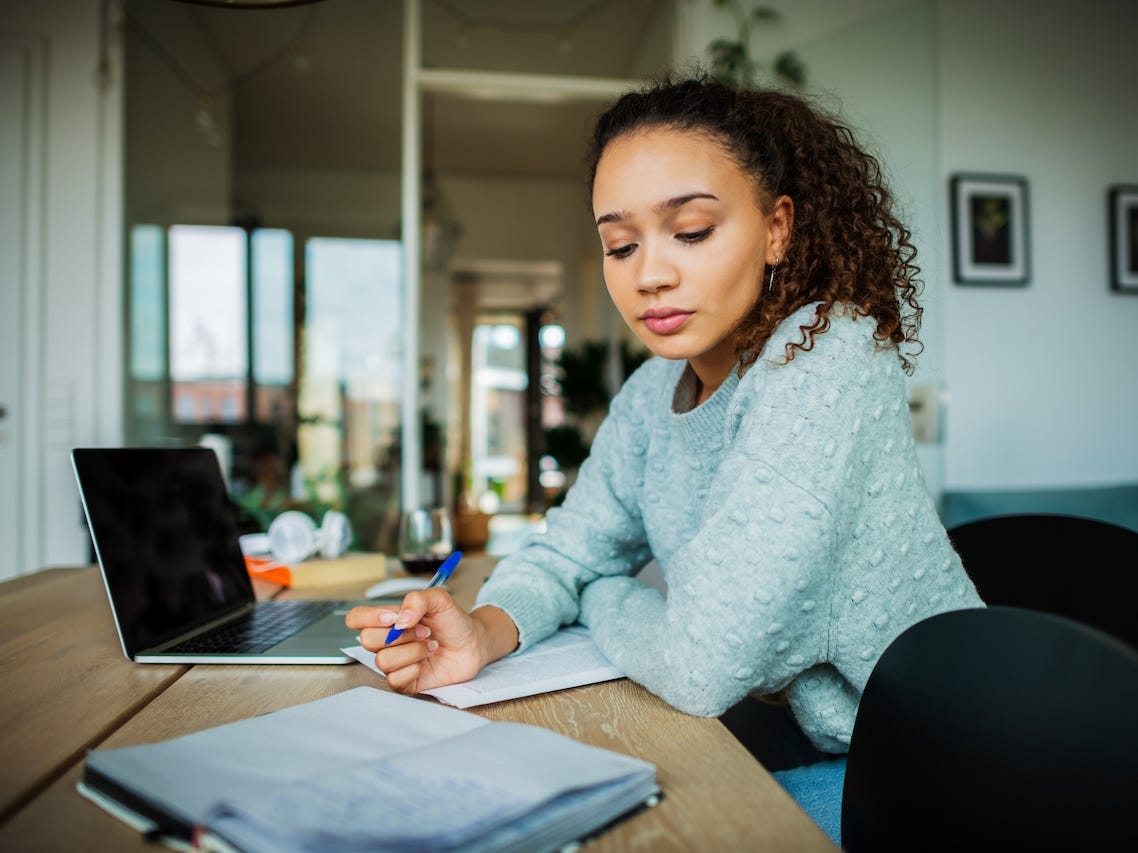 Jenni Gritters didn’t become a freelance writer by choice. Like so many, she was laid off unexpectedly from a staff job three years ago.

"It’s a common story for a lot of folks in journalism because the industry is so volatile," she told Insider.

To make ends meet, Gritters cobbled together ad hoc writing gigs and learned firsthand how to manage a freelance career. She looked for guidance along the way and found some — mostly advice on pitching and working with editors.

"But the things that make your business tick? The structure, taxes, things like that? There wasn’t much out there," she said.

In 2019, she wrote about her experience. The story took off, sparking her to consider there might be a second income stream available for her in teaching others how to break into freelance writing.

So Gritters repackaged her own experience as a service, which she described as "sorta failing upwards, making mistakes, learning from them, and keeping on going."

The result: "The Writers’ Co-op," which she started in 2020 and runs with friend and colleague Wudan Yan in Seattle. Together, they host a namesake advice podcast, run coaching sessions, online courses, and seminars, and sell workbooks on things like how to hire an assistant.

Her efforts are timely, as the market for her kind of business is booming.

Self-employment is increasingly dominating the American workscape. At current growth levels, a 2017 study estimated that the majority of American workers would be freelance in just six years’ time.

Professionals in a wide array of industries are entering the field much as Jenni Gritters did — involuntarily due to mass layoffs and furloughs in response to the initial shock of the pandemic.

Here’s a look at some of the freelancers monetizing their expertise in an effort to boost their income and capitalize on a growing job market.

Gritters hopes to help those who’ve been let go like her thrive quickly in new circumstances. One ecourse she’s developed with Yan, for example, is a $97 program on "Business Basics" and "Freelancing 101."

"Some of my coaching clients have climbed into the lifeboat that is freelancing, and they’re just trying to make it work — what they need is direction and tools," she said. "So this meant for them: business basics for freelance writers. It can be scary for folks, but you are a business owner, so you need to approach it from a business mindset."

She and Yan also blend free advice through platforms like their podcast, which culls advice from successful freelancers in each episode, with paid-for services to draw customers in. Individual episodes are free, but the duo encourages listeners to become Patreon supporters, who are given access to additional materials related to each week’s episode.

For example, they offered a bundle of materials that helped a freelancer find, interview, and hire an assistant, including a sample contract. At the end of a season, those materials are archived and instead offered on a paid-for basis.

Gritters told Insider that the pair made around $30,000 in revenue from "The Writers’ Co-op" platform last year and expect to double that this year. This includes revenue from the online store, Patreon, some virtual events, and sponsorships.

The ecourses they’ve developed currently bank them around $1,000 in revenue each month, Gritters added. Much of their revenue is ploughed back into the business, of course, to pay for things like high-quality podcast production. "We’re not afraid to spend money to hire video and audio editors, which helps lend an air of professionalism to our work," she said.

She credits their success to a combination of factors. Lucky timing, for sure, as they launched just as the pandemic began and many people were forcibly rebooted as freelancers.

Spotting a gap in the market was crucial, too. "We built this resource because we needed it ourselves but couldn’t find it," Gritters said, "At the moment, there’s a lot of content and education out there about how to write. But Wudan and I found that there was very little about business-related issues like taxes and contracts and negotiation."

Wisconsin-based freelancer Kat Boogaard operates a similar small business, built on her own experience as a writer. Aptly, her writing specializes in work, career, and personal development.

A craving for variety drove her to ditch a full-time job and turn to freelance writing. She trialed the switch by writing an article each month in her free time and was quickly smitten enough to go freelance in the summer of 2014.

The 30-year-old’s professional portfolio focuses more on content marketing than conventional journalism, and she’s deft at helping others juggle and repurpose their writing know-how for different silos. "I pictured regular columns in glossy magazines. It was a very idealized, movie-worthy perception of what my career had in store," she said. "But, in reality, I found a real opportunity — and, cough, money — in content marketing for software companies."

Boogaard also cannily juggles writing of all kinds with coaching others on how to follow her path. Her website offers basic advice gratis — six key lessons she learned firsthand, the hard way, for example — but also has bundled specific lessons into paid-for packages. There’s everything from a pitch pack, with tested templates to help land assignments that costs $39, to an 80-minute self-paced online course for $269 that’s a primer for anyone starting out.

Melanie Padgett-Powers, who lives in Silver Spring, Maryland, has been self-employed since fall 2013. Her writing focuses mostly in the healthcare field, spanning both journalism and content marketing.

But whenever she met people at conferences or events, she was startled by their mindset. "So many of them weren’t confident at all — they thought of themselves as ‘just’ a freelancer, and I felt like they needed a cheerleader or a big sister," she told Insider, noting that many who were forced into self-employment rather than choosing it often begin burdened by insecurities. "Coming out of a bad job, or getting laid off — it’s quite a shock, and people go through a little PTSD, which can be very difficult."

In March 2019, she created the "Deliberate Freelancer" advice podcast, which is about to hit 100 episodes. It typically receives 350 unique downloads within the first 30 days.

It’s impacted her own career both directly and indirectly. "My podcast has expanded my network of freelancers, which has led to numerous opportunities, such as being asked to be on webinar panels, guesting on other podcasts, and partnering with previous guests on client projects," Padgett-Powers said, adding that she’s partnered with several past guests to bid on or carry out freelance projects.

Consider packaging what you’re already doing as a service

Two other writers have cleverly turned their own search for freelance opportunities into a paid gig: If you’re looking for work, they reasoned, why not share what you’ve found, for a small fee?

He told Insider he started it as a side project during the pandemic. "Finding new leads is essential when freelancing because you never know when an editor’s priorities might change or if a publication might simply stop commissioning," he said. "You can’t ever be reliant on one or even a couple of avenues for your work — you need dozens."

Sonia Weiser’s "Opportunities of the Week" newsletter, which she launched in summer 2018, is very similar. It levies a voluntary Patreon payment of $3 per month. Those who can’t afford to pay will receive it gratis or can be sponsored by other subscribers.

The 29-year-old, NYC-based journalist notes that kindness and availability are the two weapons any freelancer can deploy easily. "Often employers will hire someone who’s ‘good enough’ because they’re available and easy to work with," she said. "Few jobs really require the industry’s all-time greats, so speak up if an opportunity interests you."

Weiser’s words of encouragement were echoed by all the other freelance entrepreneurs. Of course, they’re capitalizing on their expertise, upcycling knowledge, and repackaging it to resell to others in the field. But there’s a shared sense of mission, too, that goes beyond anything monetary.

All of them hope that their services will help the freelance writing world expand and thrive as a whole. "People might think other freelancers are competitors, but more work comes my way from referrals than anything else — people might not have the time for an assignment, or it isn’t the right fit," Melanie Padgett Powers said.

"We’re so happy people find us inspiring, but we don’t feel we can take a lot of credit for it. A lot of the courage is within," Wudan Yan added. "Even if it’s just me and Jenni yelling at someone to ask for money or take vacation, I’m glad people are listening."