How to find a stable, high-paying job without a college degree, according to 3 people who have done it 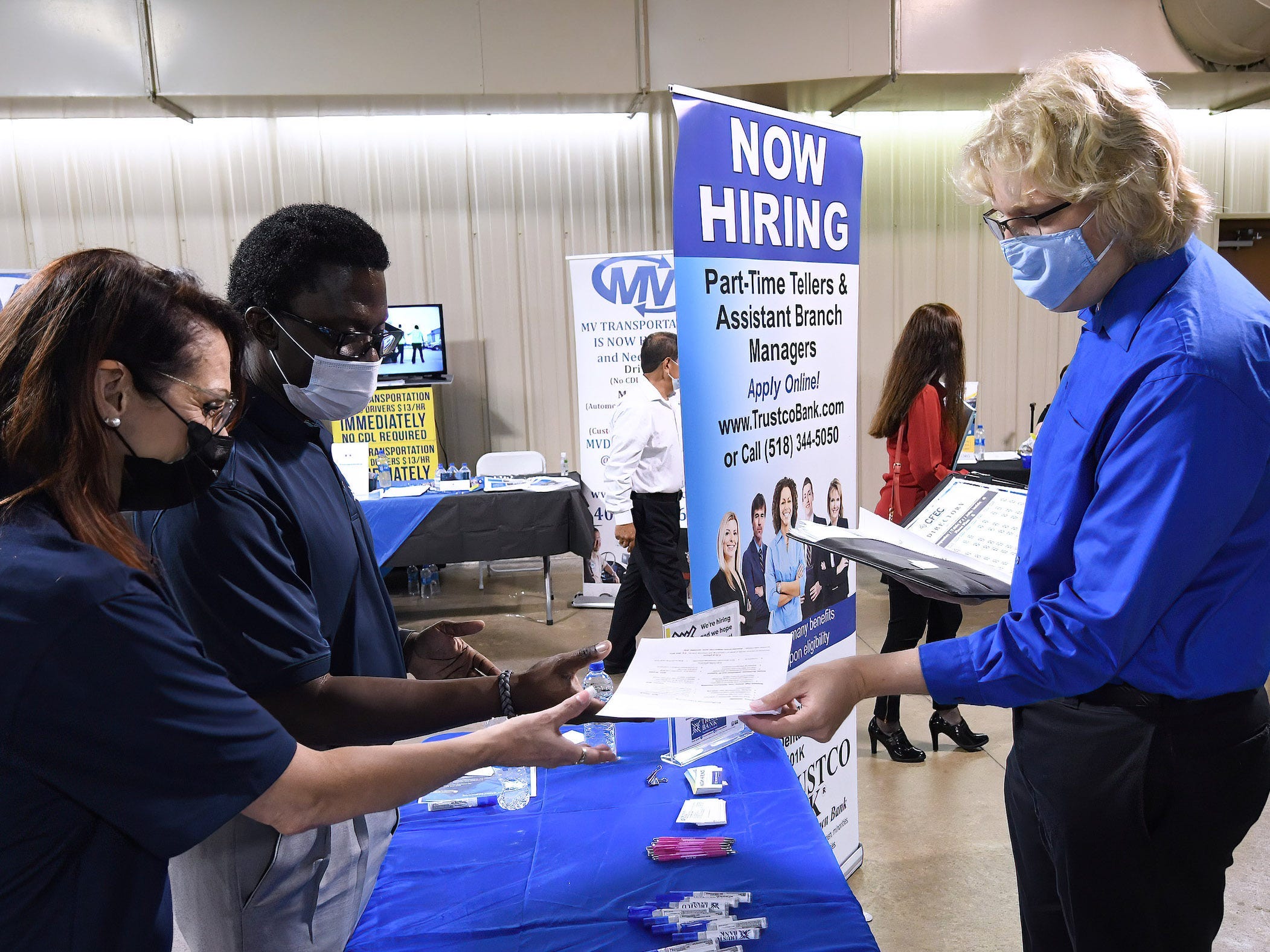 Juan Medina immigrated to Clarksville, Indiana, from Colombia in 2013. One of the first jobs he had was as an auto salesman, in which he worked on commission. He toiled for long hours to make sure he and his wife could make ends meet after the birth of their first child.

"I had to sell cars, no matter what, to make a living," Medina said. "I learned a lot, but it was rough."

He started taking classes at a local community college to earn a degree. But when he realized it would take him seven or eight years, he opted for a different path.

Medina signed up for an online course on web development on Udacity before taking an immersive full-stack JavaScript and software-development program at Eleven Fifty Academy, a coding boot camp in Indianapolis.

He started working as a web developer before completing the Salesforce Pathfinder training program, a free training from the software company. Now Medina works at a telecommunications company as a Salesforce administrator, a job that has an average salary of $95,639 in the US, according to Glassdoor.

The value of a degree is increasingly a source of skepticism for Generation Z and millennials. A recent survey of high schoolers aged 14 to 18 found that half are open to pursuing educational opportunities outside of the four-year degree and only a quarter believe a college degree is the only path to a high-paying job. The cost of a bachelor’s degree has also been skyrocketing. EducationData.Org estimates that, accounting for inflation, average tuition costs have tripled over the past 20 years, to $35,720 annually.

As a result, many online-learning providers such as Udemy and LinkedIn are seeing a boost in usage and interest. These educational tools are viable alternatives to four-year degree programs.

Programs that partner with universities

Today, Beau Batchelor is a business analyst at TravisMathew, a men’s golf apparel company. But his path was not a direct one.

Batchelor dropped out of community college in California to join a company that cleans up oil spills in the Midwest, became a manager at the company, drove for Uber, and worked as a bartender before getting into accounting.

After taking an accounting class, he got an internship at TravisMathew. He worked his way up to a staff-accountant role before signing up for a coding bootcamp program at the University of California, Irvine’s Division of Continuing Education.

"I know a lot of people say follow your passions, and that can sometimes be dangerous, but I think as a career aspect, that is what companies look for, people with follow-through and excitement for what they’re working on," Batchelor said.

Batchelor said that many of his colleagues in accounting and business analysis have four-year degrees. He added that even though that door is likely closed for him, people in his life are still encouraging him to pursue a traditional degree.

"It’s a signal of safety to a lot of a different generation," he said, "I think product and provability is going to be a much better currency for jobs than just education on its own."

An option for career changers These types of programs are also a good option for those pursuing a career shift.

Stephanie Brown, for example, has a bachelor’s degree, a master’s, and a law degree, in addition to more than 10 years of experience in the US Air Force. She’s worked as an Apple Genius and a video producer, and she attended culinary school. When the pandemic hit, she was working as a hotel chef, with the goal of starting her own food truck. Then she lost her job.

Contemplating her next move, Brown knew she wanted to be in technology, and she signed up for a Salesforce Trailhead certification. She worked more than 50 hours per week on the program, taking advantage of additional benefits for military veterans.

Brown said it "takes a lot of self-motivation" to pursue an alternative path to career readiness. She moved in with her mother shortly after getting laid off and acknowledged that having a place to live helped her dedicate time to her training. Now she works at a cybersecurity company as a Salesforce administrator.

The rigor and self-directed nature of these technical training programs are not for everyone, she added, but the same could be said for college degrees.