How whitewater rescuers are trained 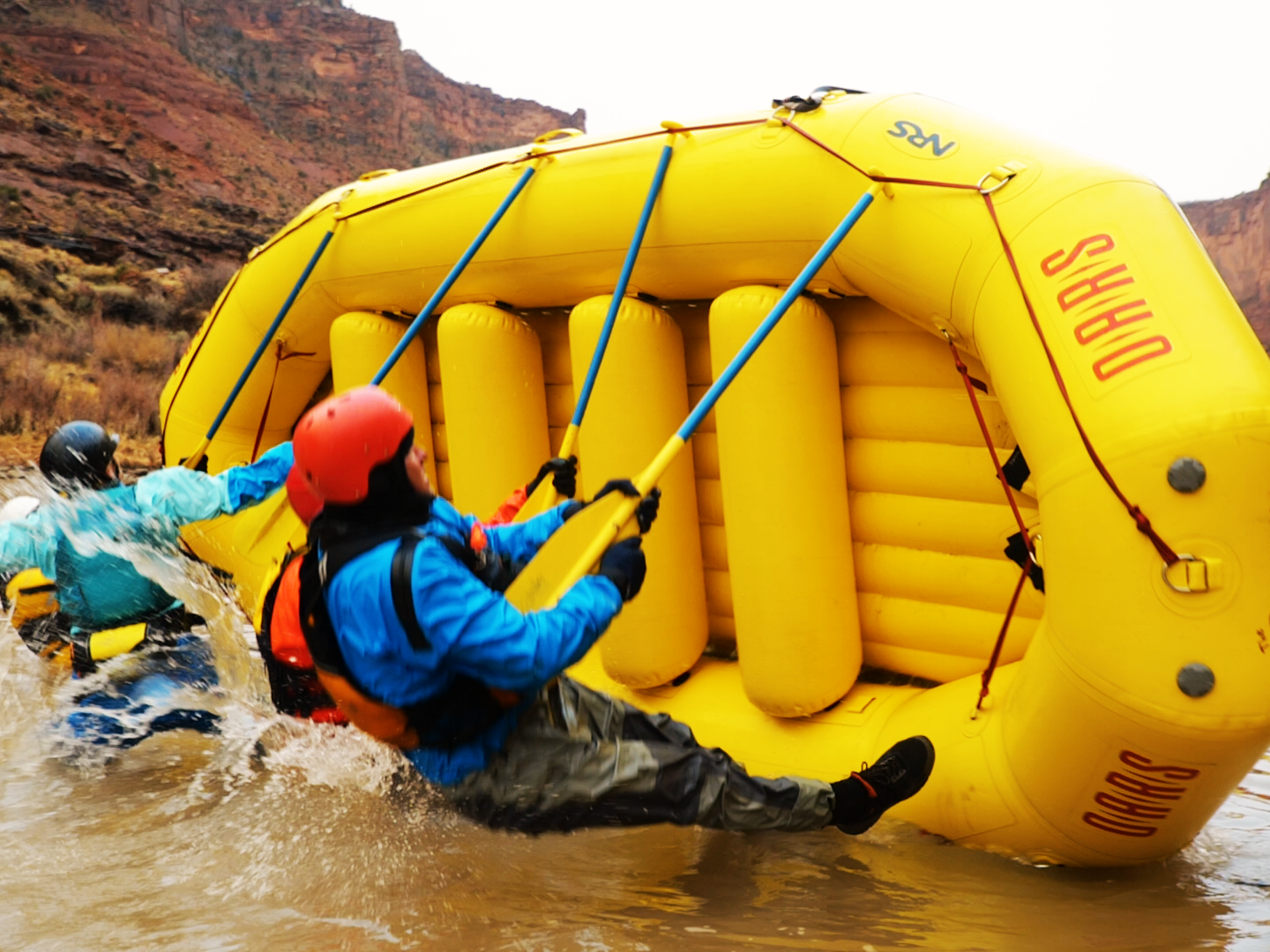 Following is a transcript of the video.

Eric: If you find yourself taking a swim that you didn’t necessarily want to take, a lot of things can happen.

Alex: The spectrum runs from you might just slow yourself down and ruin your day all the way to, you know, death.

Eric: Swiftwater Safety Institute is a professional training organization. Swiftwater is defined by the National Fire Protection Association as water that’s actually moving at a rate greater than 1.15 miles per hour.

Hang on! Hang on, guys! Almost there!

My name’s Rich Nicholes, and I’m from western Utah. In 2020, I found myself unemployed. I’m at a point in my life where to restart something over is a little challenging. If there’s one positive thing that happened to me out of this, it gave me some new direction. I decided I wanted to get into some guiding.

Scott: This morning, we’re at Big Bend Campground here on the Colorado River. It’s just about seven miles upstream from Moab. Today’s training is mainly focused on being in the water. So, self-rescue and buddy rescue.

Alex: We’re going to do what we call an adventure swim. So, work on our body positioning while we’re in the water, work on what’s safe, what’s acceptable and what’s not. So, the ideal way for a swiftwater entry move or, you know, the way that you’re going to jump into the water, you want your PFD, which is the life jacket, to hit the water first, kind of keep your arms crossed up in front of your face as you’re jumping into the water, and trying to kind of skip out into the rapid a little bit. Rope!

Eric: We’re going to introduce some ropes in the form of throw bags. I would consider the throw bag to be the most basic rescue device. A throw bag is simply a bag, and inside of it is a length of floating rope. You would throw that bag of rope to somebody, hopefully landing, really, on them or very near to them. They would grab that, and now we have a connection between ourselves and that person in the water where we can swing them into shore. Rope! Thank you! You know, if you go out there, you have your throw bag but you haven’t been practicing, and you throw and you miss, you haven’t helped the situation at all. You might’ve made it more dangerous. Secondary! Secondary! OK, I got it. You have an opportunity to fail and people to support you to fail. I definitely failed a couple times throwing the throw bag, but then I also got it. We’re going to be working on how to extricate someone who may have caught a foot in the river and become entrapped. It was a little bit too aggressive water for him, and so we decided that what we’d do is we’d set a human wedge up in front of that particular person to give a water break.

Eric: We got our six-person wedge. We may add two people in the back. They’re going to act as rescuers.

Rich: I had no idea just the amount of physical exertion it was going to take just on that front person to be at the front of that wedge.

Rich: Definitely want a bigger person, but you also want a physically fit person that’s going to be able to kind of muscle against that current. I was getting tired!

Alex: We’re going to have a river trip, about a eight-mile river trip. What that allows us to do is to get out there and flip some of these big rafts over and practice riding those and the techniques involved with that. So we had, you know, kind of mayhem in the water. We had eight different people in the water, eight different paddles, but we took our paddles and stuck them under the gig line, and then pulled back to reset the raft upright in the water. And then a couple of people were able to get in. Other people were attempting to get in as well. The people that were already in the raft were helping those people get in. It’s a pretty chaotic situation, so we want to just kind of make that a little bit more static and make some of those decisions easier and get them somewhat of a format to follow while they’re flipping this boat.

Scott: We’re going to build a tension diagonal, and that’s going to be used to move gear or people across the river. There you go.

Scott: We’re going to be working on some knots. So we’re going to set up our 3:1 mechanical advantage just to gain a little bit of force.

Eric: One of the specific knots we’ll be teaching them is this double fisherman’s on a bend, and then you pull it together.

Scott: It’s used to join two ropes, but mainly to create a Prusik loop. You kind of drape that cord over a line, and it wraps, like, three times and then pulls tight. It’s a friction hitch, so that when it’s under tension, it bites down on another line, and we can pull it in a couple of different directions. When we don’t have tension on it, we can loosen it and slide it either direction, up or down that line that we’re connecting to. Say I were alone, and I can pull on a rope with 100 pounds of force. Through a mechanical advantage system, I can generate a larger force.

Students: 1, 2, 3. 1, 2, 3. Set the break. We’re going to clip that Prusik loop with a carabiner onto that rope. You know, we’re going to walk out as far as we can. We’re not even going to be clipping in until, like, down by that wave down there. And then it’s going to be left shoulder, just like this. It’s going to set your body a little weird. You’re going to feel sideways to the current, and it’s going to help push you across. Try to keep your whole body on the downstream side of this rope. We’re going to teach students how to deploy with what’s called a live bait tether, so they can be tethered onto their life jacket with the rope and actually go swimming after somebody. It’s all patience. All patience. Yeah, wait, wait for it, wait for it, wait for it. Sneak out there, wait, and now keep going. Doing the live bait recoveries, it was challenging. You had a swimmer that was out in some swiftwater moving past you, and you needed to get to them and drag them back in as quickly as possible.

Instructor: After you make contact, give him a little bit there, Frenchy. Probably good when you are, bud. That’s the real deal right there. When you come into this class as any level of user, you’re going to walk away with a more developed skill set than you showed up with. And we see that from a lot of folks. They just go, "I had no idea I didn’t know that." Quite a few people, probably 5,000 to 6,000 students, have gone through our training program. And those are the same students that work as river rangers, that get jobs working for search and rescue units, that end up going to the military, that work for the Coast Guard.

Instructor: Rich, and now you’re just starting off on a new little adventure here, so I hope this was a great way to kick it.

So, I found a guiding job here in Moab. I’m doing a solid for a full year, and this training is going to be able to help me in making proper decisions when I’m out on the water and keep myself and my guests safe at the same time.