I announce gold medals at the Tokyo Olympics. It’s a lot of pressure. 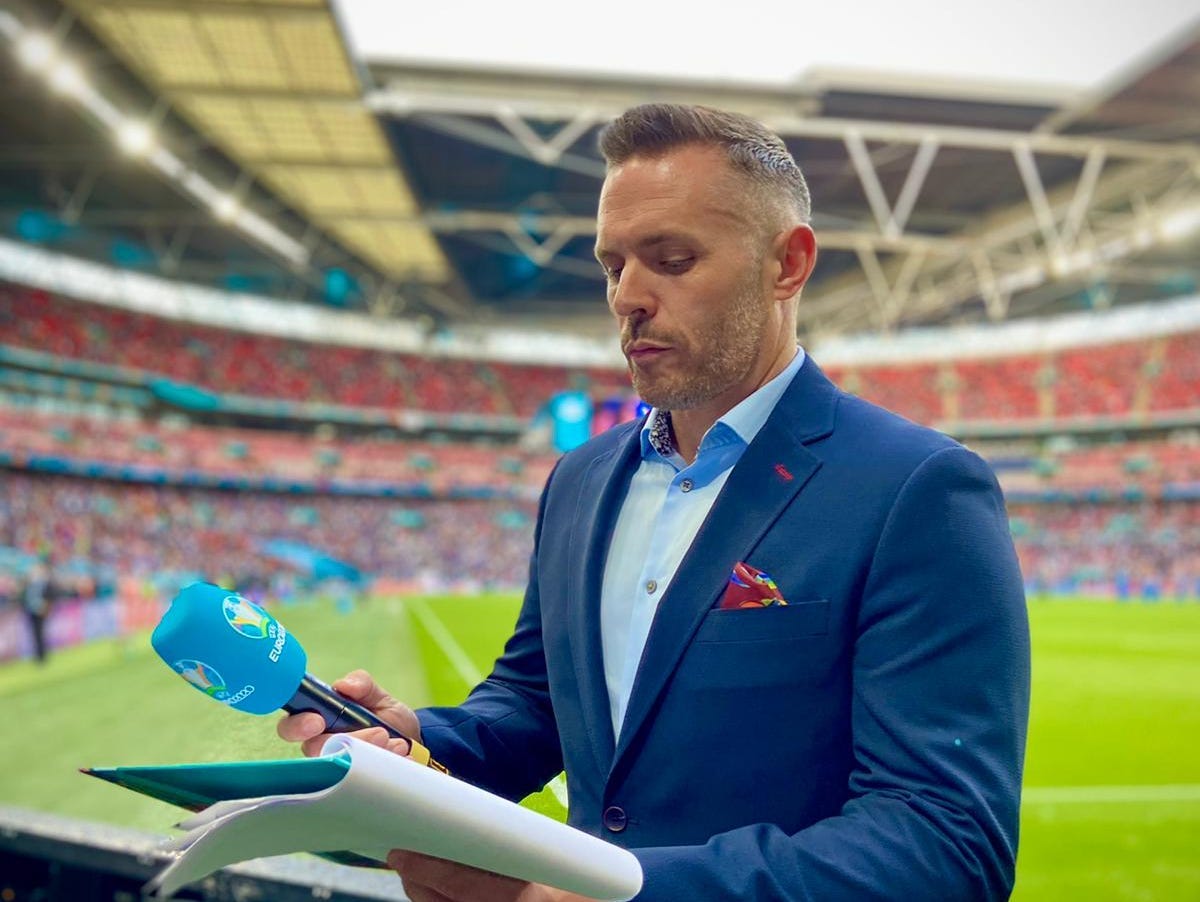 My first experience of event announcing was 20 years ago. The usual announcer dropped out at the last minute, and the organizer asked me to step in because they knew I was a sports broadcaster who lived locally.

After that, I worked as a stadium announcer for Hampshire Cricket, and everything grew from there.

My highlights have been announcing at the Euro 2020 final; the football, rugby, and cricket World Cups; and the Rio Olympics.

I’m commentating for the marathon and race-walking events at the Tokyo Olympics and for athletics at the Paralympics.

I’ll be one of the English announcers, working alongside a Japanese announcer and a French announcer for medal ceremonies.

I announce things such as the athlete lineups, ceremonial aspects, results, and any important safety messages for the stadium. It’s a mix of factual information, commentary, entertainment, and hopefully, accuracy.

A lot of the job is about minute details, especially in ceremonies where you’re part of the biggest moment of people’s lives — when they’re getting a gold medal. The last thing you want to do is mess up.

I was nervous before my first ceremony at the 2016 Olympics. There were 36 rugby players in front of the podium, and I had to name each one.

That’s where preparation comes in. The main focus is on pronunciation. Sometimes events will provide a guide, but in other situations, it’s a case of YouTubing to find interviews where someone says the athletes’ name in their native language.

Athletics is the most challenging. There are six different things happening at once, and you have to be the person holding it all together, providing context for the crowd and pointing people’s attention to various things.

I have a producer in my ear telling me exactly which events are coming up at what time.

Then, I’ve got to introduce all the athletes for the next race while the javelin is going on, and things are happening all over the stadium at the same time.

I have monitors in front of me showing the pictures that people are seeing at home, and also a computer that gives the results.

If the producer says we’re going to the long jump, I have to quickly find the long jump on my computer and get myself some context as to what’s happening. It’s a lot of pressure, and you come out with your brain feeling like it’s going to explode.

With so many athletes, it’s hard to memorize who’s who, especially when they’re wearing the same kit. I research in advance their recent performances and how they move.

I find out things such as what color boots or spikes different athletes wear, who wears long sleeves or a headband.

For the Olympics, this takes weeks. Even just for the marathons, there are 80 competitors in each event.

Doing morning and evening sessions back-to-back, my voice starts to creak sometimes. You have to read the atmosphere and the crowd and find subtle uses of your voice to capture the occasion.

People have asked me why there are stadium announcers when there are no spectators. A big reason is making the athlete’s experience as normal as it can be.

But it has been pretty soulless announcing in empty stadiums this year. Even getting a fraction of supporters back made such a difference.

I’m quite a private person and quite shy at times. I feel like I can show my personality by being out of vision, but I can still be a massive part of the occasion.