I charge $30,000 to take underwater photographs. This is how I built my career so I could do 2 of those shoots a year. 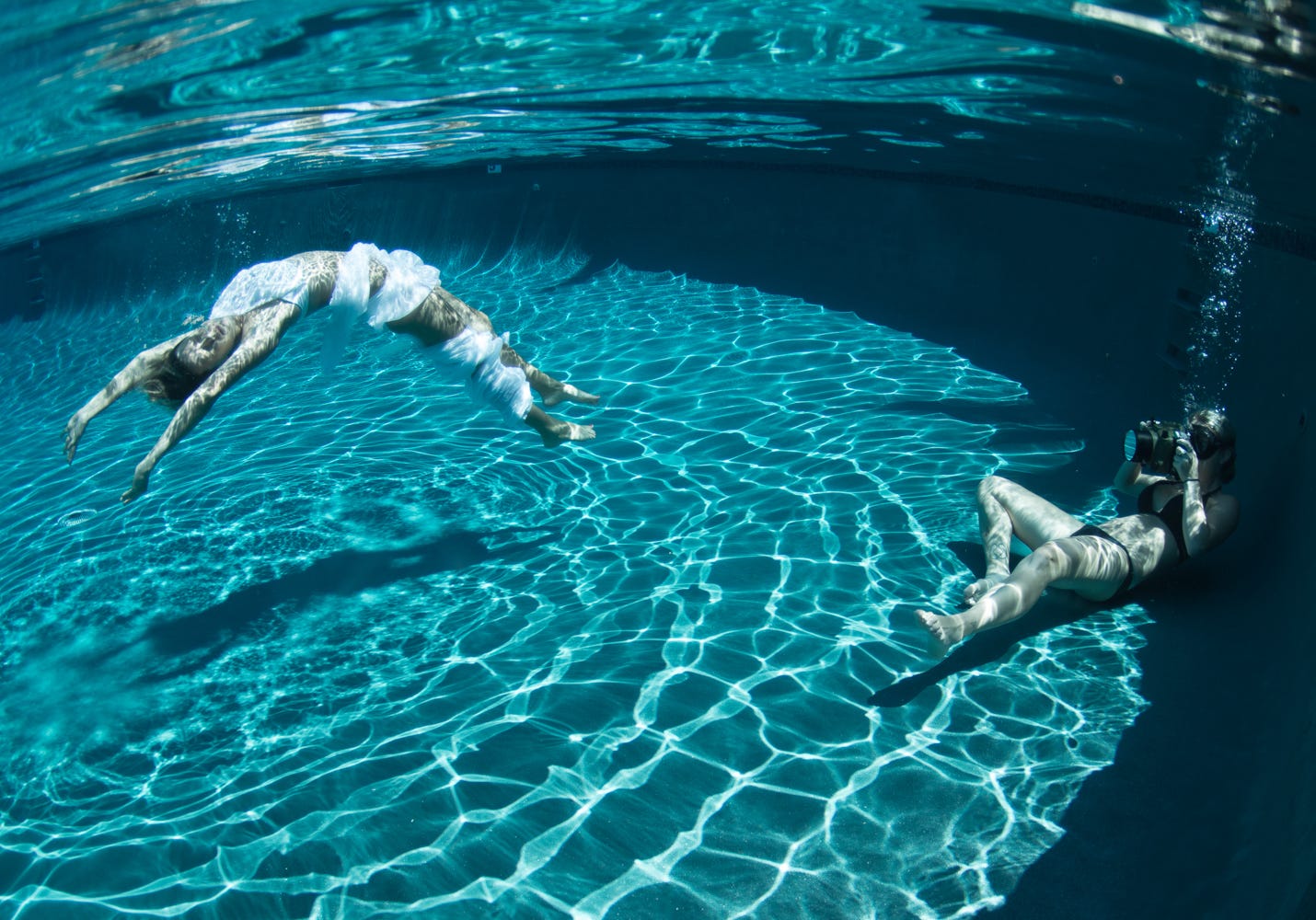 I grew up in an art gallery. My mom was a painter, but I didn’t seem to have the patience for painting. So she handed me a camera when I was 12. I started photographing my sister, and I soon became enamored.

When I was studying photography at the School of Visual Arts in Manhattan, I saw a photograph of a woman levitating — almost falling but suspended in space. It reminded me of "Alice in Wonderland."

I thought, "How can I re-create this?" Then it came to me: In a pool, I could have the model falling without obviously falling.

I was in Mexico with a beautiful friend from high school, and I re-created the photograph. That was my first piece: "Alice." I took it to a gallery in 2011 that my mother was connected with, and I put on my first show.

The gallery staff asked what I wanted to charge for the work. I had no idea — I was 20. I said $800 because that was my cost, tripled.

The gallery more than tripled that, eventually pricing the photographs at around $3,600. Then it immediately raised the prices to $4,500 on average when it saw how they were selling. All five pieces sold out.

I reinvested everything I made into my business.

I started with a point-and-shoot Canon camera. As soon as I could afford it, I bought a real Canon DSLR. I was bootstrapping the whole process. The more I made, the more resources I had at my fingertips, the more I chartered boats and got fancier equipment.

I started to create this niche of fashion photography or fine art underwater. I opened my flagship gallery in Key West, Florida, in 2017.

My most iconic image was in Maui. It featured the same model as my first piece. She was great at modeling underwater and often traveled with me.

The work, "Surf Angel," ended up getting a lot of recognition. The edition of 50 completely sold out, with an average price point of $6,500.

As well as my own photo shoots, I also do commissions for underwater photographs. I started at $10,000 and was booked four times in a year. I kept raising the price until I was only getting one or two a year, which is all I wanted.

These commissions are like doing engagement photos or wedding photography. It’s about somebody else; it’s not about my work anymore.

This may seem steep to some, but I decided that if I go out and take my own photograph, I can sell 50 of those images for $6,000 each.

The $30,000 cost reflects a fraction of how much I could make if I did one of my own shoots instead.

The shoot is just the beginning, postproduction and actual production of each work take about six months after that.

If I’m photographing someone who isn’t the most natural model or isn’t the image of what I feel would sell in a commercial gallery, the financial potential of that work is limited, and it can take time to work to ensure we get the best photograph.

I think if I were to become more in demand, the price would go up.