I founded a $500 million company and always paid myself last. The astronomical pay gap driven by CEOs like Jeff Bezos is giving capitalism a bad rap. 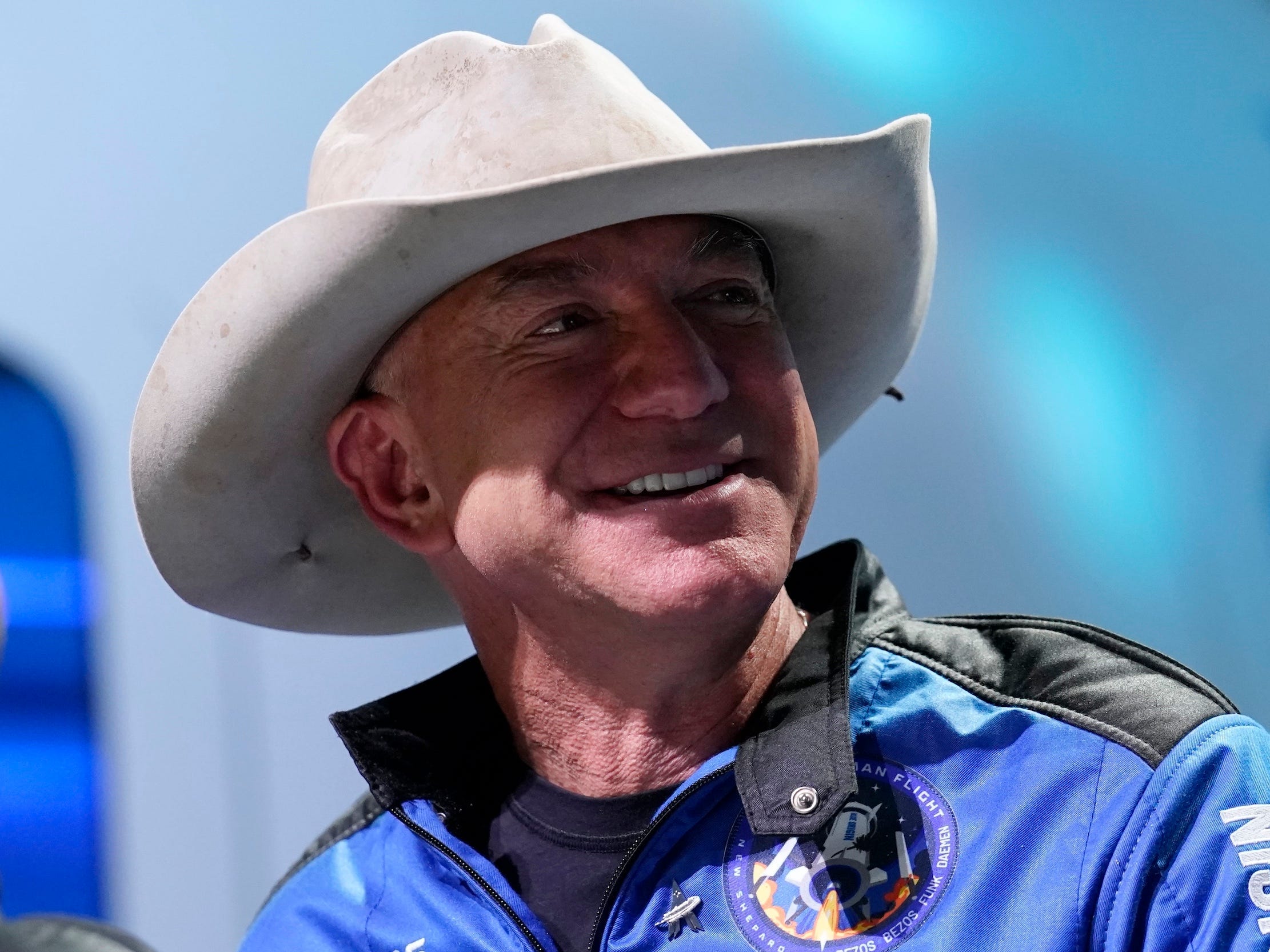 When the moon landing happened in July 1969, I was glued to my TV screen like everyone else. Who would have dreamt that 52 years later, Americans’ attention would be focused on two spoiled CEOs taking 10-minute joyrides into the upper atmosphere and returning to Earth to congratulate themselves? And wearing cowboy hats, no less.

This was not exactly the future I’d imagined.

But the "optics" of Richard Branson and Jeff Bezos’s excellent adventures were actually priceless: What better way to illustrate the skyrocketing pay gap between those who lead companies and those who build them?

CEO pay among America’s biggest companies continues to soar. In 2020, CEO pay rose an average of 16%, compared to workers’ less than 2% increase. Amazon reported its median worker made $29,007 last year — which means half of all Amazon workers made less than that — while Bezos’ salary was 58 times that amount. That might not sound outrageous, given the company’s immense size, but there’s also the issue of the more than 50 million shares of Amazon stock that "Major Kong" Bezos has squirreled away, which bring his net worth to something over $190 billion.

By putting such an emphasis on money and the almighty quest to earn it, then lavishly spend it, this kind of disparity gives capitalism a bad name. That’s too bad, because it doesn’t deserve it.

The goal was to run a good company, not to make money

I’ve been in business all my life. Currently I run an Austin-based investment firm that helps founders grow their companies. But the business I’m most associated with is fan- and light-maker Big Ass Fans. In 1999, I started it with six employees. By the time I sold it for $500 million in 2017, we had offices on three continents and more than 1,000 employees.

Early on, when money was tight, I paid myself last, if I paid myself at all — which, I realize, is contrary to every entrepreneur’s how-to manual. Every spare dime went back into the company, and eventually it paid off.

We grew, and built our own headquarters with room to keep on growing. But we invested in more than buildings. We invested in our people — who were paid well too — because I knew they were the ones who made our growth possible. Our employees were the company’s most valuable asset; they designed, engineered, tested, assembled, and sold the hell out of our products, increasing revenue each year by 30% or more. What I did was encourage, motivate, energize, and occasionally badger them. And I made sure the company was a place where good people wanted to work.

I went into business because I saw people close to me taken for granted at their jobs; I was determined to do better and be better than the bad bosses I had known. As I’ve often said, I was never in business to make money; I made money to stay in business. The goal was always to run a good company, make the absolute best products we could, and treat everyone we dealt with as we would want to be treated.

We were good capitalists

At Big Ass Fans, we aspired to operate by the Golden Rule not because we wanted to be fair and decent people — though we did. The fact is, we treated customers, employees, and suppliers as we’d like to be treated because we were good capitalists, and that’s what good capitalists do. That’s why we paid more than 30% above the national average, handed out hefty year-end bonuses, provided generous benefits, and made sure employees had the perks they wanted — from an on-site nurse practitioner to nights on the town.

That’s also why we didn’t try to nickel and dime our suppliers into the ground — and paid quickly, too. Our growth meant they grew, too. Our major supplier was an hour down the road, and when they expanded to meet our demand, we felt proud knowing that we were helping our neighbors.

And as good capitalists, we reached out to every single customer to make sure they were satisfied. If they weren’t, we fixed things. Sometimes we fixed problems we hadn’t even caused. Once, an installation at a historic church ended up costing us more than $70,000 because its congregants found the industrial fan too loud. After removing the fan, we asked, "Is there anything else we can help with?" and they told us, "The church really needs a new set of windows." We were more than repaid in positive word-of-mouth, and as a marketing story, it was priceless.

When I talk about good capitalists, I’m not talking about Certified B Corporations. Being a good capitalist does not require a logo flaunting your holier-than-thou-ness. Who are they kidding? We all know those labels are primarily designed to lure customers.

Good capitalists from my perspective are those who assume certain responsibilities toward society and want to make it better. They make quality products and don’t build in obsolescence. Good capitalists want to see everyone rowing in the same direction, but nobody confined to the galley — or racing against the clock to pull orders. Profits are not their top priority, because they know that money becomes more valuable when it’s spread around. At Big Ass Fans, we wanted to make money to grow, because by growing we had more to share with more people.

Early on, we set up a stock appreciation rights program to reward loyal employees. When I sold the company in 2017, about 15 of them became instant millionaires. A few employees made $5 million. In all, $50 million was distributed, in larger and smaller amounts. People came up and told me "You changed my life," and that made me happy. In fact, it was one of the best days of my life.

After his rocket ride, Jeff Bezos proclaimed it his "best day ever." He then stuck his gravity-weighted foot in his mouth, thanking Amazon employees and customers. "You guys paid for it all," he said. I would love to have been a fly on the wall of an Amazon fulfillment center to see employees’ reaction. Hopefully Bezos approved a one-day quota reduction so they could stop working for a few minutes and watch their boss take the ride of his life.