I give tours to VIP visitors at Disney World and Universal Studios. The job can be magical, but some clients make it pure hell. 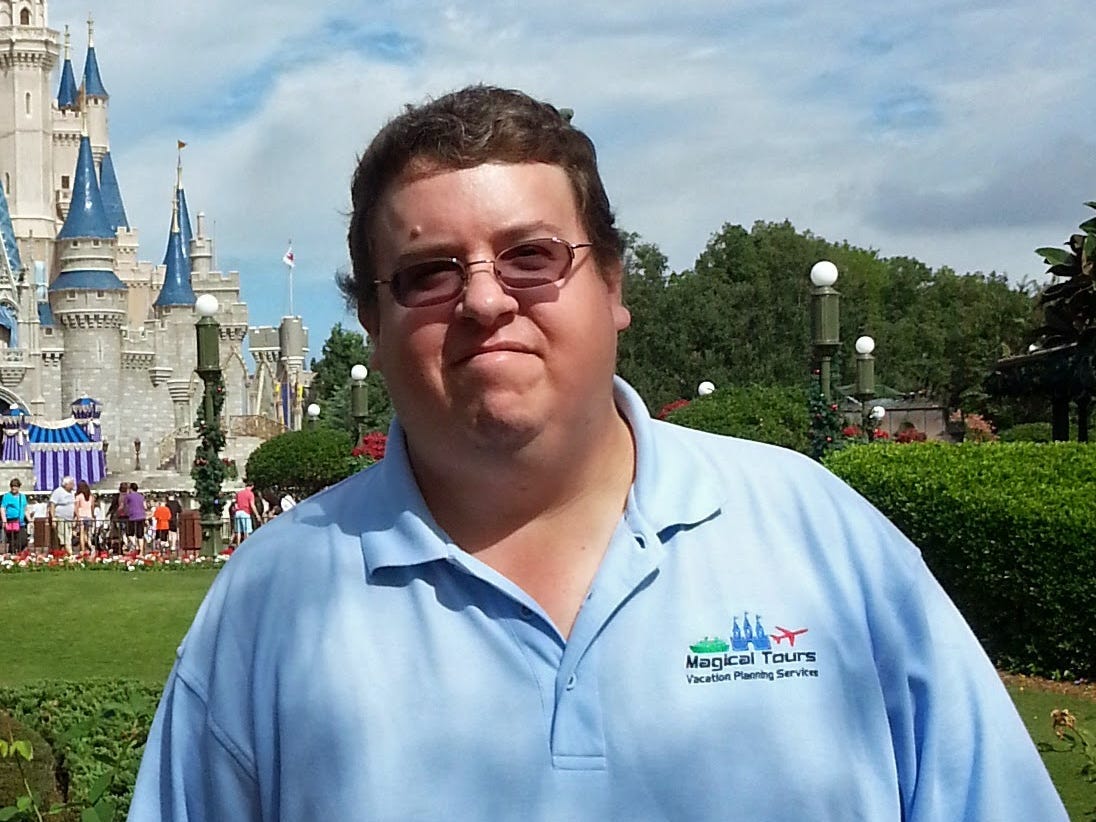 I was born 11 days before Disney World opened its doors in 1971, so I like to think I was born to do this.

Growing up, I was a card-carrying member of the Mickey Mouse Club and at 21, I officially became a cast member at Disney World Orlando. I worked everything from parade audience control to attractions at The Magic Kingdom.

Despite leaving in 1994 to pursue a career in IT, I’d often accompany family and friends to the park and use my know-how to avoid lines.

In 2009 after giving countless tours for free over the years, I launched Magical Tours. Armed with insider experience, I helped families avoid long waits, maximize the use of FastPass service, and free up time for more rides. By 2010, demand was so high, I started working full-time and trained my wife and brother to help out too. During the busy season, there are days when we’re all in the parks running separate tours for families.

Until the pandemic, the key to navigating The Magic Kingdom was through the FastPass system, which allowed guests to reserve a time to access a popular ride. Once I mapped out a family’s route, I would race around the park with their magic bands securing fast passes while they were on rides.

When Disney World reopened they suspended fast passes. As a result, I’ve lost the bulk of my tour business since the Magic Kingdom was my most requested property.

Before the pandemic, I did 100 to 150 tours a year, charging $500 to $1,000 a day depending on group size, $1,500 for holidays, and $2,000 for the busiest day of the year — New Year’s Eve. Our full-day tours typically run between eight to nine hours, beginning the moment the park opens. Some folks do get tired halfway through and decide to call it quits early.

Disney may be called ‘the happiest place on earth’ but it’s pure hell on New Year’s Eve. The crowds and meltdowns have become so extreme, I stopped offering tours that day. No money in the world is worth all of that stress.

Some people think I just get paid to go on rides all day and that’s the furthest thing from the truth. In fact, it can be downright stressful. Families are spending $20,000 to $30,000 on a trip and it’s my responsibility to ensure they have the best time possible. We have to be aware of the lines, closures, and disruptions, but also keep it to ourselves and work behind the scenes to make sure everything goes smoothly.

During the busy season, my wife, a 911 dispatcher, will help out sometimes and she says it can be more stressful than her job, and she’s talking people off ledges.

If there’s one thing I’ve carried with me from my Disney training, it’s ‘never say no to a guest.’ I’ve got a choice — do I want to be a problem solver or a vacation wrecker? I might have to say ‘let’s see what we can do,’ but that’s different than a flat out no.

My job can be a lot of fun but I also see the not-so-nice side of people. Once I was two minutes late to meet a group because the monorail broke down and the client called me screaming, even though the park wasn’t even open yet. Then in the middle of our tour, she fired her nanny and the poor girl had to remain with us for the duration of the tour.

Another time I had a single dad with his baby and 3-year-old toddler. The man would take his older child on the rides and leave me holding his baby. By the third ride someone called security because they thought I was attempting to kidnap the baby because he wouldn’t stop crying. After that, the dad realized it was time to go home.

Then there was the tour where I had a celebrity and his family. Halfway through the tour, the wife went back to the hotel with the nanny and the baby. Upon returning, the park was at maximum capacity so security turned the wife away. The guy went berserk and threw a tantrum but there was nothing we could do. In the end, I had to take the two remaining kids on all the rides because their father was too busy screaming over the phone about how he didn’t want to be there.

These days, I still offer tours at Universal Orlando Resort Theme Parks since they never operated on Fast Passes and to make up for lost revenue, I recently launched a business creating websites.

This fall, DisneyWorld and I will both be celebrating our 50th birthdays and I can honestly say, we’ve been through a lot together.