I halved my salary working on blockbuster musicals to become an undertaker. It changed my life for the better. 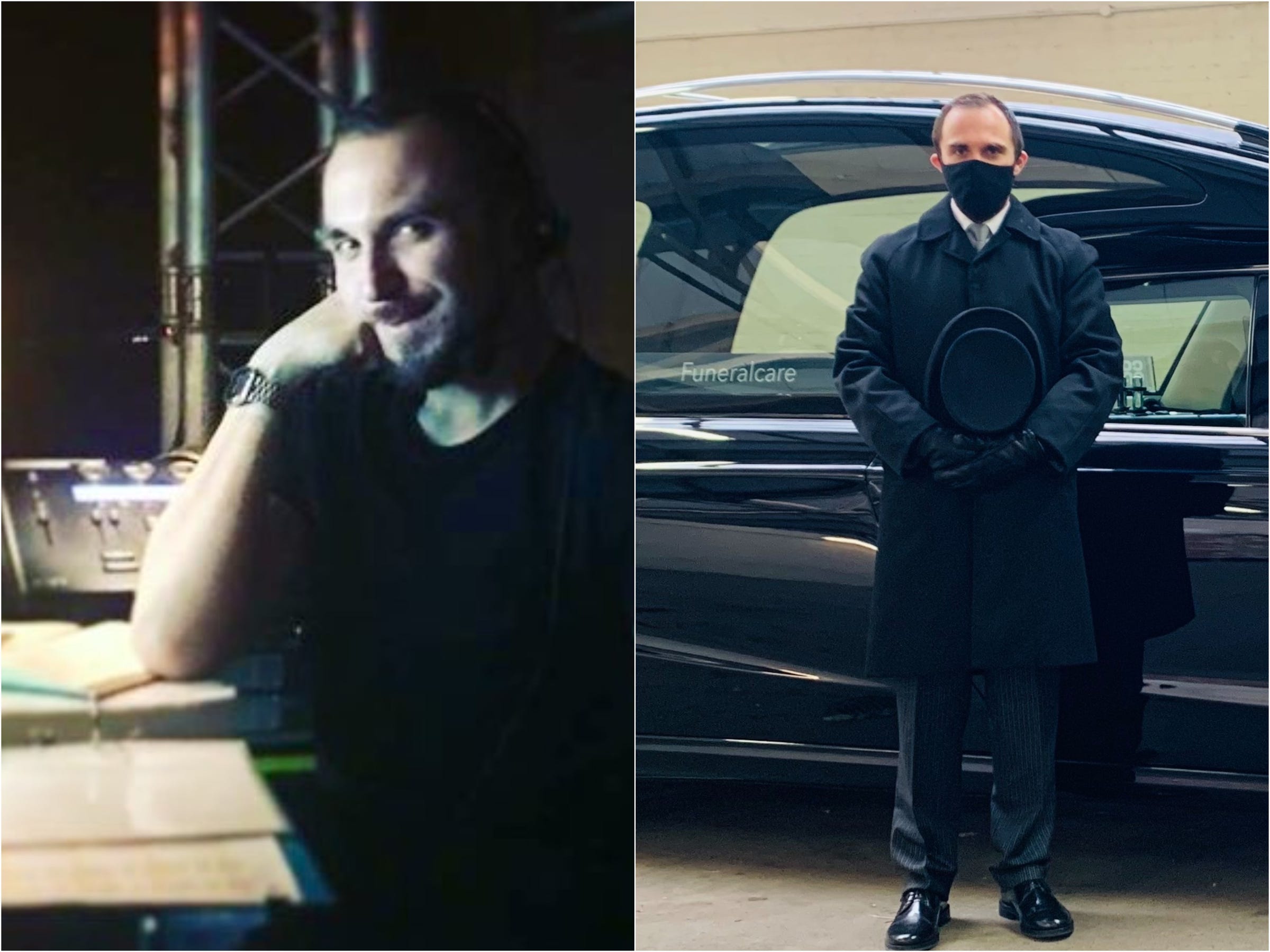 I worked as a freelance stage manager for 14 years on London’s West End and in theaters around the UK before becoming an undertaker.

At drama school, I specialized in stage management. I started working freelance from the age of 19, and I’ve on everything from small plays to large musicals such as "Fiddler on the Roof" and "Dirty Dancing."

The role of a stage manager is to coordinate the action onstage and make sure it’s safe. A lot of the job is people skills — you’re the mediator between the director, designer, and the producer.

It was exciting and high pressure. Large musicals cost a lot of money to put on, so there’s a lot riding on them. You go from day one, where we all sit around and read the script, to opening night, giving the full performance. It’s amazing to watch it all transition into that end product.

In March 2020, I’d just finished a production where I was paid top-end money, and I’d signed up to do five different shows with a new theater in Soho, the heart of London’s theater world.

The rest of my year was planned out, which, for a freelancer, is an amazing position to be in.

Then COVID happened, and the whole theater world suddenly collapsed. The production I was working on had to lay everyone off.

I see myself as quite a practical person. As a stage manager, you can be midway through a show and everything’s falling apart, but you have to step up and make things happen.

So I started looking for jobs online straightaway, and funeral services came up. By early April, I was working as an undertaker on a 13-week contract.

I had thought before that if my theater work ever dried up, I might go into the funeral industry. It seemed like a transferable skill set.

A funeral can be seen as an event, and you have to organize a lot of different elements to make that happen, which transitions from what I was doing in theater.

As an undertaker, the main responsibilities are to collect loved ones after they die, prepare coffins, and then dress and do hair and make up for the deceased so that they look like they used to when their family visits.

When you’re first starting out, it’s quite a shock to see a lot of bodies, but I knew I could deal with it. When it’s something you’re doing every day, you get used to it.

When the day of the funeral arrives, we work as ceremonial staff in full suits and top hats. We drive hearses and carry in the coffins. If it’s a burial, we lower the coffin into the ground and say the final words.

I went full time as an undertaker with Co-op Funeralcare after six months. I realized I was passionate about it. I absolutely love the level of care and attention that we give to people.

It’s that feeling that you’re doing good for someone in their hour of need. At funerals it’s rewarding when the family comes up and thanks you for what you’ve done.

Undertaking is different every day; you never know what’s going to happen. One day you could be making up the coffins. Another day you could be called out to a crime scene. It’s actually a straightforward job. It’s just a difficult one to do for a lot of people.

But for me, it was quite a simple transition. As a stage manager, you’re a jacks-of-all-trades: You pick up a bit of carpentry, hair and makeup, dressing people for quick changes.

I think that’s why I’ve settled so well with being an undertaker.

The one skill I have improved is communication. I used to be backstage, but now I’m more public facing. When we go to collect a loved one, we never know what we’re going to be faced with. We just want to give them the best care we can.

A lower salary means learning to adjust and being practical about things. But there are other aspects of the job that have been life-changing for the better. I see my partner so much more because I get evenings and weekends off.

Before, we were like passing ships. Now, we’re able to plan things together.

We also moved to Cornwall from London two months ago when my partner got offered a new job, and I was able to transfer to a post 20 minutes away.

I’ve liked having a job outside the theater. Working in the arts, you give up so much for your passion. It’s been nice to experience "normal life."