I made fake commercials on TikTok for fun, but then brands reached out and wanted to pay for them. Here’s how I turned my hobby into my career. 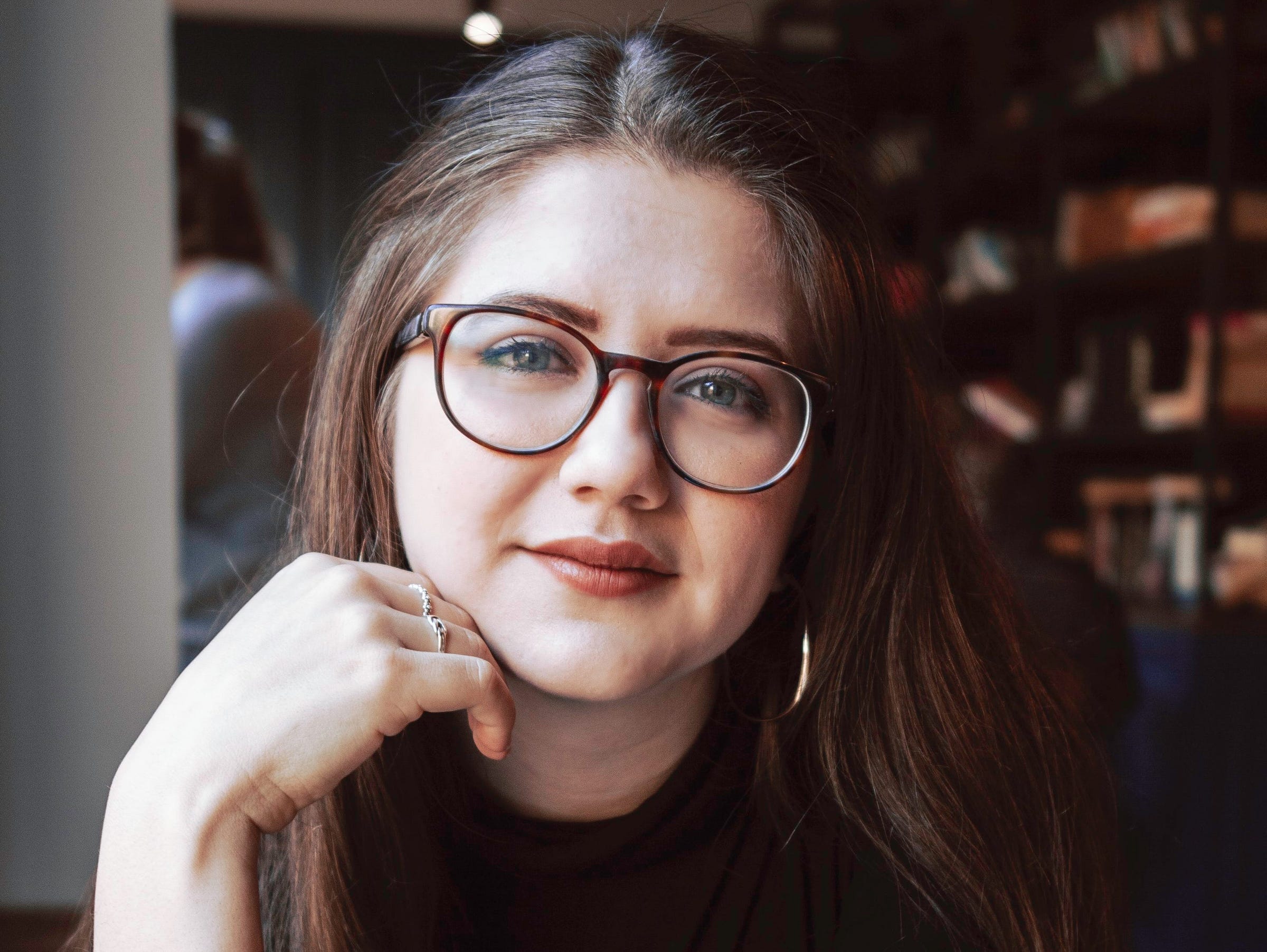 A year ago, I was finishing up my university degree. When all my classes were canceled, I tried to come up with ways to entertain myself. I heard about TikTok from some colleagues of mine at a restaurant I was working at as a waitress.

I downloaded it and the first thing I made was a sketch, very not TikTok at all. It was about being in quarantine, and it was four minutes long. I posted it on YouTube and then I put a clip of it on TikTok, and, not surprisingly, it didn’t go anywhere — despite the fact that I thought it was very funny. It got around 30 views.

I thought, well, that was my TikTok experience. It was fun. Maybe next time. I literally didn’t touch it again for months.

I got to a point when I was in uni where I realized that I’m actually a very creative person and I had no creative outlet.

I went to the University of Edinburgh in Scotland. I was there for five years and I got a master’s in linguistics that I’ll never use.

I wanted to find something that I could do that was creative, so I bought a camera. I wanted to dabble in video, but I hadn’t really had much of a chance to. So I thought, what’s something that I can do at home, by myself, requires no other people around, and I can use my camera for?

I came up with the idea of taking household items and making commercials and really challenging myself to market items that you would never see an ad for.

When I made that first fork commercial video, I knew I might want to do a series. But I didn’t think it was going to become my entire social-media personality. That wasn’t what I set out to do, so I was really, really shocked. When that blew up the way that it did, honestly, I had a lot of anxiety surrounding it.

As a very ambitious person, I always wanted to make my mark in some way. It’s something that I always dreamed of and thought was going to be this amazing, awesome thing.

But the moment that it actually happened was terrifying. There were so many people watching and everyone has an opinion, some obviously very positive, some negative. It was just a very stressful first couple of days for me trying to figure out how I was going to cope with this mentally, but I got used to it and I pushed forward and got over that.

I started making a bunch of other videos in the series and called it ‘Making epic commercials for random objects.’

I think I did a book, a potato, a paperclip, cotton candy, a face mask — literally the most random assortment of things — and they were all suggested in the comments section. I was just choosing things that people wanted to see, which was great for me.

The fork was one of my lower-performing videos in the end. I think that one, in the first week, got one million views and now has around two million a year later. The highest videos in that series have like 15 million, 12 million, eight million. They performed exceptionally well, I couldn’t even believe it. On those higher-performing videos, I was getting followers in short bursts when I would post.

The thing about my account that’s quite different from a lot of other TikTok accounts is the perception that in order to be successful on TikTok and to get followers you need to be posting every day or twice a day.

I actually post very infrequently, maybe twice a month, because the videos I create take so long to produce. I get short bursts of followers and engagement and then long spells of nothing. That’s just the nature of the stuff that I’m creating.

Right now I have 1.2 million followers. The first time a brand got in touch with me was in September. It was actually because I’d made a random commercial for toilet paper and used their brand of toilet paper just because it was what was in my house. They saw the commercial and asked me to make an ad for them as well. Once I did that commercial, other brands started reaching out.

The ad that totally changed my life was my Celsius energy drink ad. I posted it in February and the ad got eight million views organically. So many brands saw that video and they started all reaching out to me at the same time. It kind of came to a head where I knew I was going to have to either choose between doing this or doing my full-time job at the time because it was so unsustainable. I was working nine to five, then freelancing five to 10, and then working on the weekends. I didn’t have a minute of spare time.

I started that full-time job when I graduated in September 2020, so I was only there for about nine months total. I was working as a video content producer for a small cosmetic brand.

I think the content I’d created up until that point probably helped me get that job, too. At that point, I had a big portfolio. I don’t credit it all to TikTok, but it definitely helped.

I finally took the leap and made the decision to leave my full-time job in May, which was incredibly scary.

Honestly, it still is. I don’t know how sustainable it all is, but I had to follow my gut and go for it because it’s a very unique opportunity.

There’s a woman named Elizabeth Cayouette who’s a director, videographer, and editor and she has a TikTok account where she posts videos about being a woman in video and working for Aerie.

I saw her on TikTok in November. I thought she had the coolest job ever, so I reached out to her via DM. We had a couple of conversations over Zoom, nothing crazy. I decided I was going to quit my full-time job. I handed in my notice.

I was freaking out 20 minutes later, and she calls me and says she has this shoot in Texas and needs someone to help her out with the video portion of it — do you know anyone? And I said, Alyssa, I handed in my notice today, I am there.

It was freaking crazy, but it was so fun. I worked for the creative director, and I was just basically helping out and doing some photography as well. It was the first time I’ve ever worked with a crew, and it was incredibly exciting to finally be surrounded by other creatives who were just as invested as I was in the project.

The one thing that’s challenging about what I do right now is that it’s incredibly isolating because I just do everything by myself. I’m my own editor, my own lighting person, and my own cinematographer. So it was just really nice to feel like a part of a team. It was really special.

Now I’m a commercial director for a production company.

Tool of North America just launched a creator program — basically, they’re trying to meld the world of social media and more traditional commercial production. They’re finding all these different creators — some of which are TikTok creators, some are YouTube creators — to actually direct commercials.

They represent me and they advocate for me to try to get me directing jobs. It’s case-by-case working with different brands depending on what’s needed.

I don’t anticipate moving anytime soon, but I think I would like to eventually just because everything I want to do is in LA and I’ve met a lot of super cool people who live in LA just from TikTok and this whole journey. I do love New York, so I’m going to miss it. But I think eventually I’ll end up in LA. When I was maybe like eight, nine, 10, I was interested in being a film director and moving to LA, but it was just one thing in a long list of things I wanted when I grew up. I also wanted to be the president and a firefighter.

When I bought my first camera in 2018, I literally knew nothing about photography. I just watched a bunch of YouTube tutorials and the rest is history. It ended up being my career, which is crazy.