I moved to the Alaskan Bush to become a teacher after COVID-19 ruined my plans. It’s wildly expensive, but I feel at home in my village of 270 people. 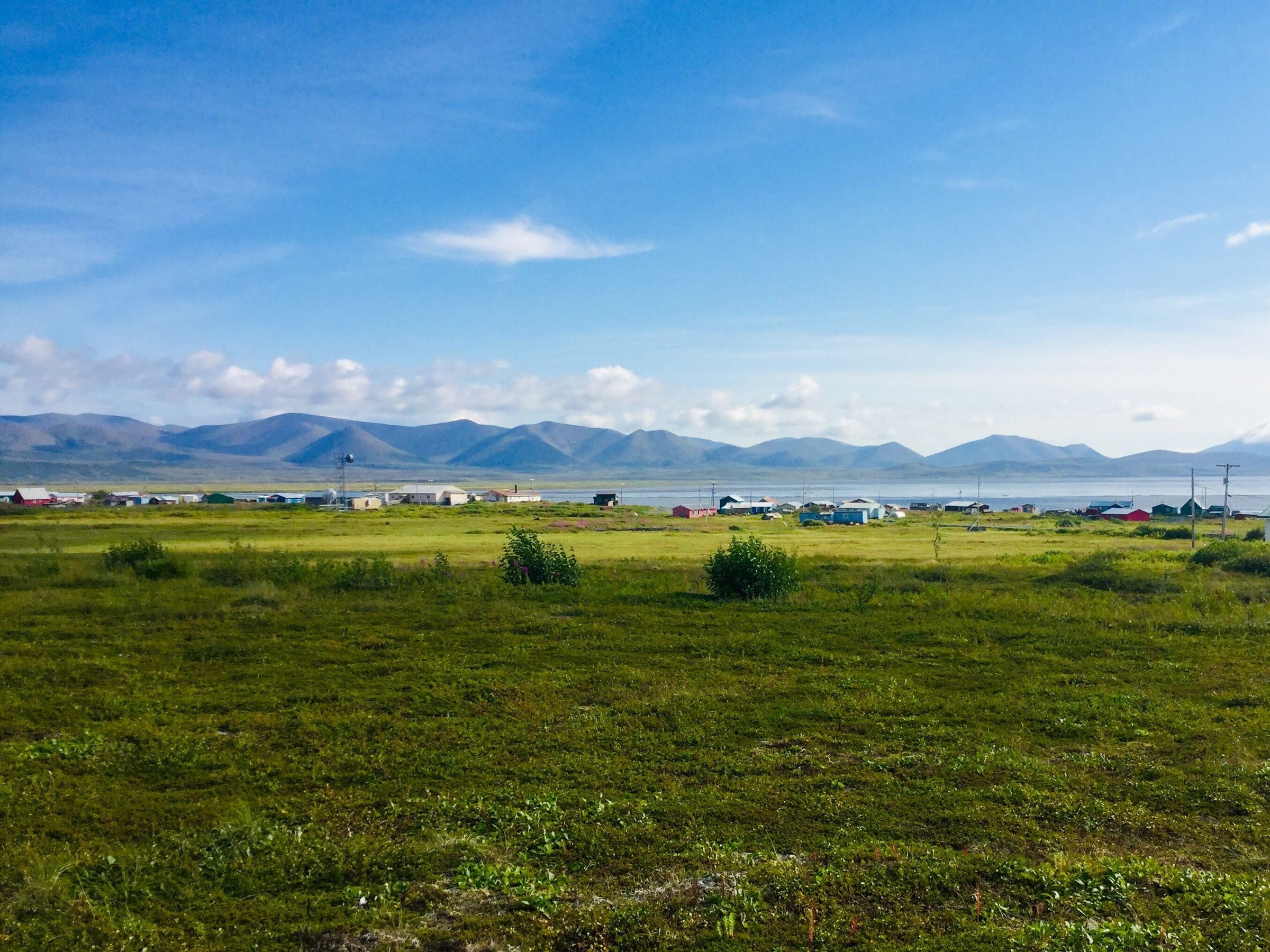 I grew up reading "Little House on the Prairie" and daydreaming of how different my life would be if I lived in a rural community. As a child in suburbia, I thought every life that was different from mine was wildly exciting. I imagined what it would be like to wake up early to tend to the animals, collect the food I ate with my bare hands, and live somewhere where I could see for miles with nothing in the way. I imagined a life without television and the internet, a world where I couldn’t just jump in the car and drive to get everything I needed.

For me, those dreams went away and were replaced by the flashing lights of the big city — until last year, when, at 28, I was looking to start anew after COVID-19 derailed my carefully curated plans.

I’d spent the previous five years living in places like Philadelphia, Germany, and most recently Atlanta, and was set on spending the next two-and-a-half years as a Peace Corps volunteer in the Dominican Republic.

Two days into our training, the Peace Corps informed us that we wouldn’t be going due to COVID-19.

We only had an hour to tell them where to book our next flight, and we had to leave first thing the following day.

I spent the next six weeks living in a friend’s guest bedroom in Colorado Springs, at a loss for what would come next.

My life for the next 27 months had been planned, and I suddenly had to rethink everything. Should I return to Philly or Atlanta — two places where I had roots and friends who would help me get settled, and could easily secure a position teaching in the districts I’d been at before?

Either would’ve been easy.

Yet, I knew that returning to those places would’ve left me feeling unfulfilled. When I thought about that possibility, I saw stability and ease, not adventure and excitement.

Instead, I started looking at different possibilities in places I’d never considered before, like Hawaii, Alaska, and Kentucky. I still wanted to go abroad (didn’t we all at that time?) but knew that was unlikely to happen for the foreseeable future.

When an advertisement reading "Come Teach in the Alaskan Bush!" popped up in my Indeed notifications, I thought, Now this is something.

I knew a bit about the Bush from books I’d read and stories I’d heard but had never experienced anything like it myself. The closest I’d come to living in a rural community was a small German town that was a 12-minute train ride from the nearest major city.

A few months later, I was on my first Bush plane out to a tiny village called Goodnews Bay — spread across 3 square miles and boasting 270 residents — flying over the vast tundra.

I was shocked at the price — $220 for a one-hour flight, nearly the same price I paid to fly from Boston to Anchorage — and terrified about flying in a 50-year-old, six-seater plane only a few hundred feet up from the ocean.

Once we landed, I was greeted by enthusiastic children and friendly locals who helped me unload my suitcases. I caught a ride to my house — about a six-minute drive — and we passed through the entire town on the way.

On that short ride, I saw the small building that hosted the local store and post office, the town offices, and nearly every residence in the village. My dwelling was a humble but cozy two-bedroom, 950-square-foot house costing $942 a month that I would be sharing with a housemate and colleague I hadn’t met yet.

Choosing the Bush over the city wasn’t an easy decision.

I traded $12 take-out pizzas in crowded restaurants for $12 bottles of orange juice at a grocery store the size of a gas station. In lieu of restaurants and movies, I now host dinners and game nights in my home.

There are no taxis, no Lyfts, and no roads, but there are four-wheelers and snowmobiles that can take you across the tundra and over the bay when it freezes. Besides basic groceries, everything needs to be flown in on an airplane. If I want to go anywhere, I have to be flown out.

What makes me sure I’m staying, however, is the sense of community.

In a village of 270 people, everyone knows who I am and I know them.

From the beginning, I made the decision to say yes to everything, and families quickly invited me on fishing trips and to holiday celebrations (distanced and outside, due to COVID-19).

My students are always excited to see me, whether it’s after school walking around town or at a birthday or funeral gathering outside the local church. There aren’t as many options for entertainment, but the connections I’ve made with others are unparalleled to anywhere I’ve lived before.

Adjusting to the change of pace took time, but I find my life is better overall for the adaptations I’ve made.

I don’t have WiFi and my phone service is spotty, which has made it easy to spend more time outdoors, reading, or trying something new.

Most food items are harder to come by, so I’ve become much more creative and versatile in the kitchen. I may not have endless shops and restaurants at my fingertips, but I have a much stronger appreciation for the things I do have.

My life — of course — isn’t really anything like "Little House on the Prairie," but some of the concepts that originally intrigued me are present in my day-to-day life. I spent countless hours picking berries last fall — berries that I then froze and used all year long for baking and smoothies.

As a vegetarian, I don’t participate in hunting and other subsistence activities, but I’ve gone along for the experience. I’ve learned traditional beading, crafting, and dances and have started practicing the local indigenous language.

As a white person who moved to the Bush for a job, my experience here is not everyone’s experience.

Even though I now consider the Bush my home, I’m still a visitor here. I’ve accepted a leadership position at another Bush school for the upcoming school year and hope to stay there for the foreseeable future.

In Atlanta, I was just another young professional living a life typical of 20-somethings in the big city. Here, I’m surrounded by a community of Alaskan Native locals who have invited me into their village and lives and continue to teach me new things every day.

I may be a visitor in their culture, but I’ve never been closer to feeling at home.