I rage-quit my job of 6 years when a new employee was promoted over me. I don’t regret leaving in such an emotional way, but there are a few things I should’ve done differently. 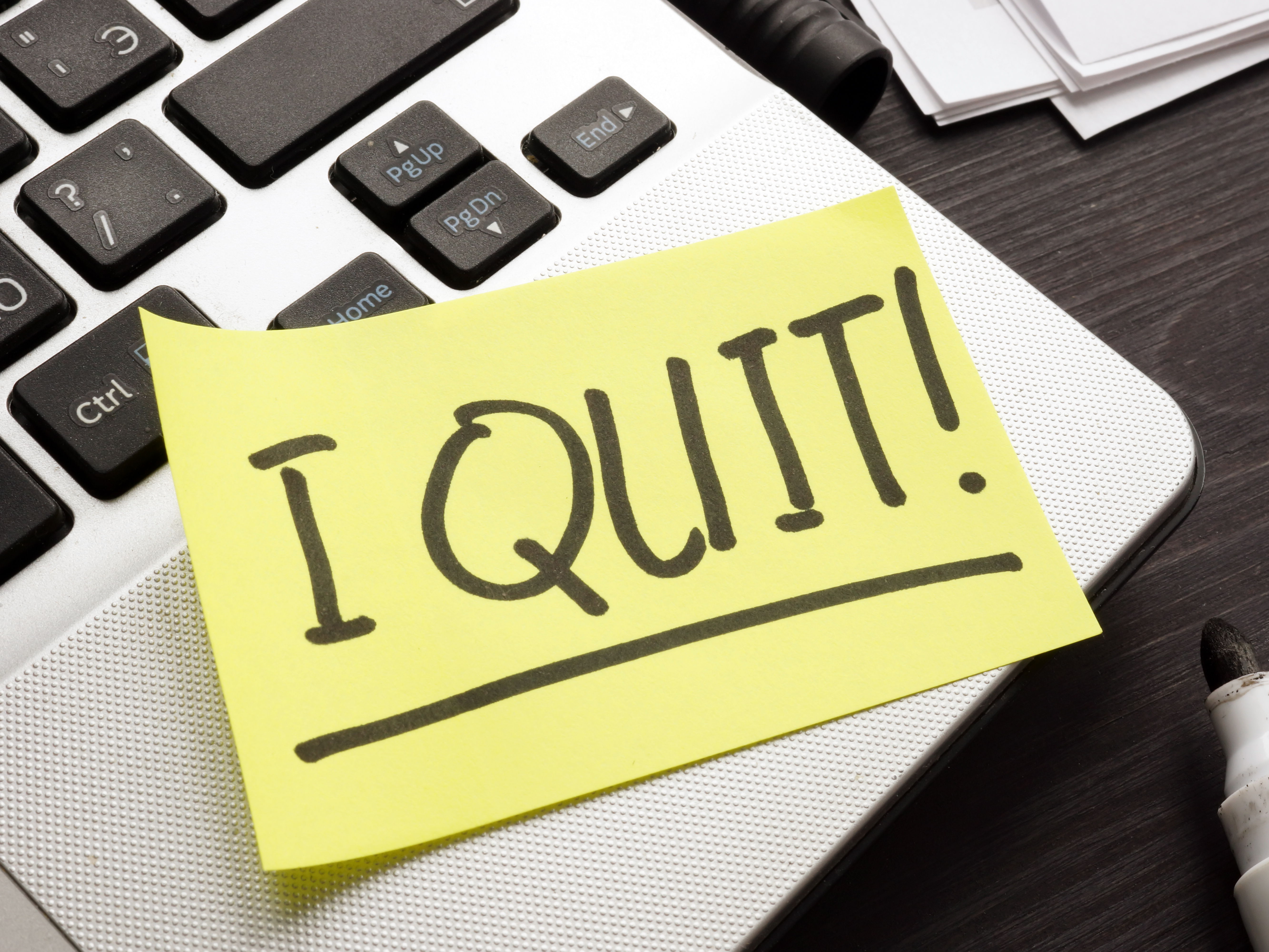 I’ve been working as an operations manager at a large, commercial office-furniture supplier located outside of Philadelphia for the past six years. My duties included supervising a team of installers, managing the quality assurance of our product, and conducting sales analytics to determine inventory needs.

A few months before lockdown, my company hired a new employee who came from a different industry and who, in my mind, didn’t have a lot of experience in project management.

In an office there are rumors, and there was talk of a promotion I was up for

I talked with my boss’ assistant, who confirmed to me that I was in the running. The promotion included a 20% raise, which would have taken my salary to nearly $75,000.

When the coronavirus started to spread, my company was hit hard because not many businesses were buying bulk office furnishings. We were all forced to lockdown at home, and I was laid off. For a while I was on unemployment while talk of the promotion was put on hold.

During that time, I focused on my side gigs: building niche websites and doing affiliate marketing. This past March, my company started talking about coming back to the office in April.

On April 19, we came back to the office for the first time. During a company address, it was announced that the employee who was most recently hired received the promotion.

Right after the announcement, I caused a scene.

Truth be told, I don’t remember much other than directing some expletives toward my boss and explaining that after six years at the company, I deserved the promotion. I remember grabbing all my personal belongings from my desk (I went in the week before I quit and set my desk up, but I didn’t have that much since the promotion I thought I was getting was also going to include an office instead of a cubicle) and storming out the door in a rage. I also remember my hands shaking on the drive home.

Thinking back, I was not ready to quit

In six years, I’ve only missed three days of work, and I have two young children. I believe I was a stellar employee, but that announcement felt like my breaking point.

This is the first job I’ve ever quit on the spot before.

I would have accepted it, taken it as a learning moment, and perhaps would have started looking for other opportunities elsewhere then.

But because it was given to someone without experience in the same industry, I was livid. It didn’t make sense.

I haven’t spoken with my previous boss since. That bridge is burnt.

I’ve always wanted something different than a nine-to-five job, but I never anticipated I would quit in such an emotional way

I don’t like making impulsive decisions based on emotions. That was out of character for me.

But I don’t regret it. I have some savings, but I would have liked more financial freedom before making a decision like that.

In the past few years, I’ve been working toward making passive income doing affiliate marketing and have made money from it, but so far nothing to sustain me for the long term. I would love to be working for myself and making my own schedule instead of making someone else richer.

I’ve since been on Pandemic Emergency Unemployment Compensation making $790 a week. I’ve interviewed at a few places and had some prospects in the same industry.

For anyone who ever wants to quit or feels emotional or upset about their job, the first thing you have to do is be calm. Evaluate the pros and cons, and decide whether it’s a logical, intelligent decision.

I believe if I didn’t rage-quit, I wouldn’t have lasted long at my company either way.

It would have been hard to give them 100% when it obviously wasn’t being reciprocated. But I could have at least secured another job while still getting paid my normal salary instead of going into my savings.