I’m a lifeguard for Olympic swimmers. Our job isn’t as ‘useless’ or easy as people think. 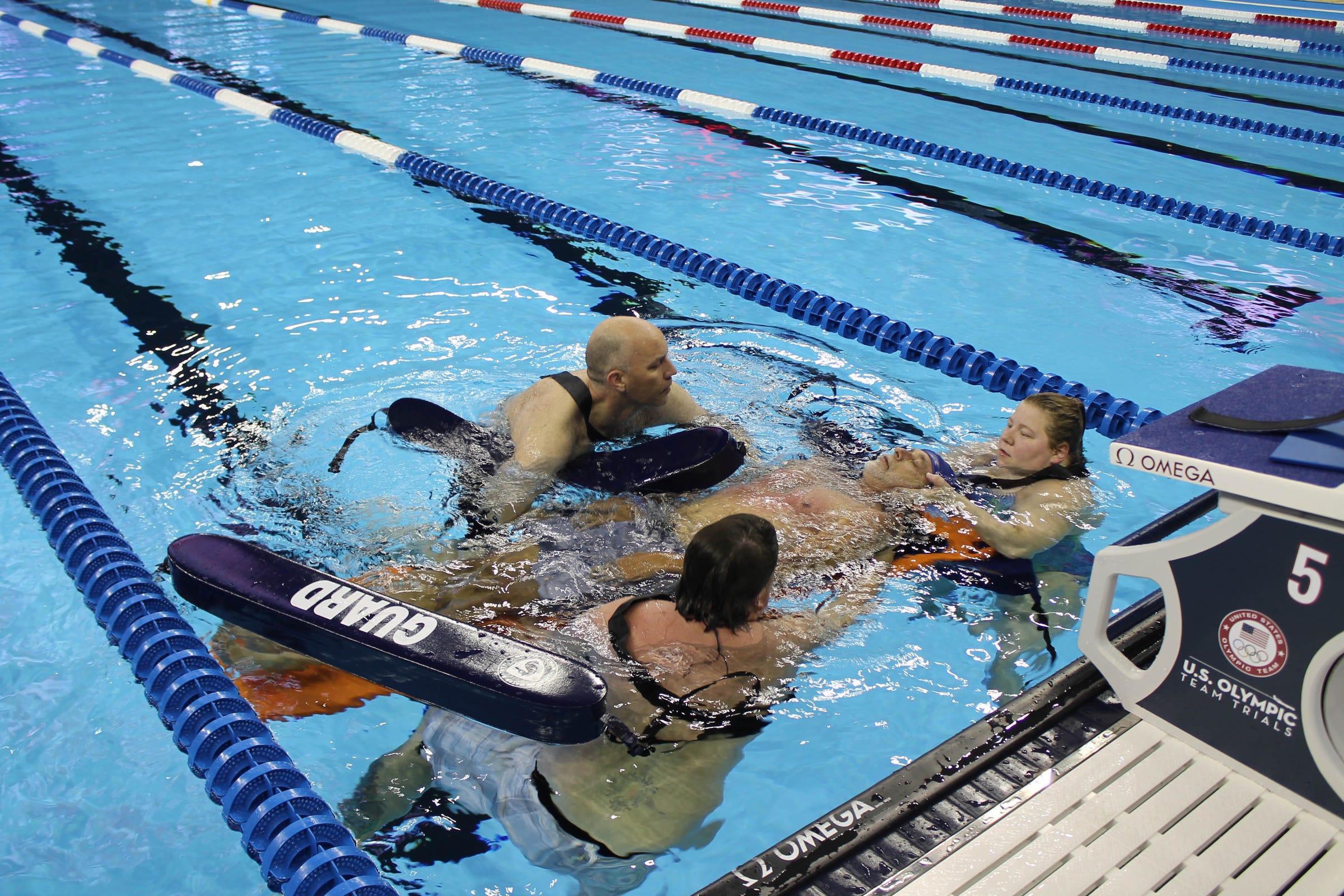 A meme from the Rio 2016 Olympics said "if you feel useless today, remember somebody is working as a lifeguard at the Olympics."

It is a misconception that we’re useless. Unfortunately, people do get hurt so we have a role. Of the four Olympic trials where I’ve been a lifeguard, this year was the first we didn’t have to get in the water.

I’ve been a lifeguard in Nebraska, Omaha for 26 years now. The Red Cross does the lion’s share of lifeguard training, I’d been working for them back in 2008 and they asked me to help out with the trials.

It sounded like fun so I said yes and I’ve kept on doing it ever since.

It’s not just the athletes we have to look after, oftentimes you have outside groups that use the pool in between trials’ prelims and the finals. We’re not just life guarding the athletes, we are also lifeguarding for those events. We’ve never had to go in for an athlete, it’s always been for everyone else.

The only reason we didn’t have to enter the pool this year was because of COVID, there were no outside groups allowed in. It’s kind of like the fire department. Our whole goal is to be in the background, if you have to see us generally something bad has happened.

The flipside of that is if there is an emergency and we make a mistake, it ends up on YouTube or TV — nobody wants that.

The whole lifeguard crew are volunteers, people come from all across the country to get involved. We’ve had people from the business world to nurses – to college students with friends in the trials.

Working these events is generally a great experience. You get to sit on deck to watch Phelps and Lochte battle it out or when somebody sets a record.

Some of the volunteers swim competitively, they pick up a lot of techniques, habits and drills they’ve never seen before.

The closest we’ve come to rescuing an ‘athlete’ was back in 2012. Once the Olympic trials were over, we also hosted the National Masters Meet — which is like a swim team for older people.

We had a guy go into cardiac arrest while swimming. Luckily, he survived but you can see why we’re needed.

Back in 2016, I’d just had hip surgery but still wanted to be involved so I had a scooter to get around the building. Apparently, I got too close to Michael Phelps and he had to jump out of the way. I never saw him, so in my mind it never happened but it’s quite fun to say I nearly ran him over.

As volunteers, we’re asked not to request autographs while in uniform but backstage you have an opportunity to get them.

There’s about 700 volunteers for the trials with only 50 of them being lifeguards. People travel here on their own dime, paying for their own hotels, just to get involved. We turn up at 5:30 a.m. and sometimes go till 10 p.m..

Nothing happens without the army of volunteers behind the scenes who get no credit at all.

We hope not to have a role but we do. When we are called upon we have to be prepared for it. We can’t sit there disinterested like the girl in the meme.