I’m a professional ‘Hamilton’ actor. This is what Broadway’s 18-month shutdown — and return — has been like. 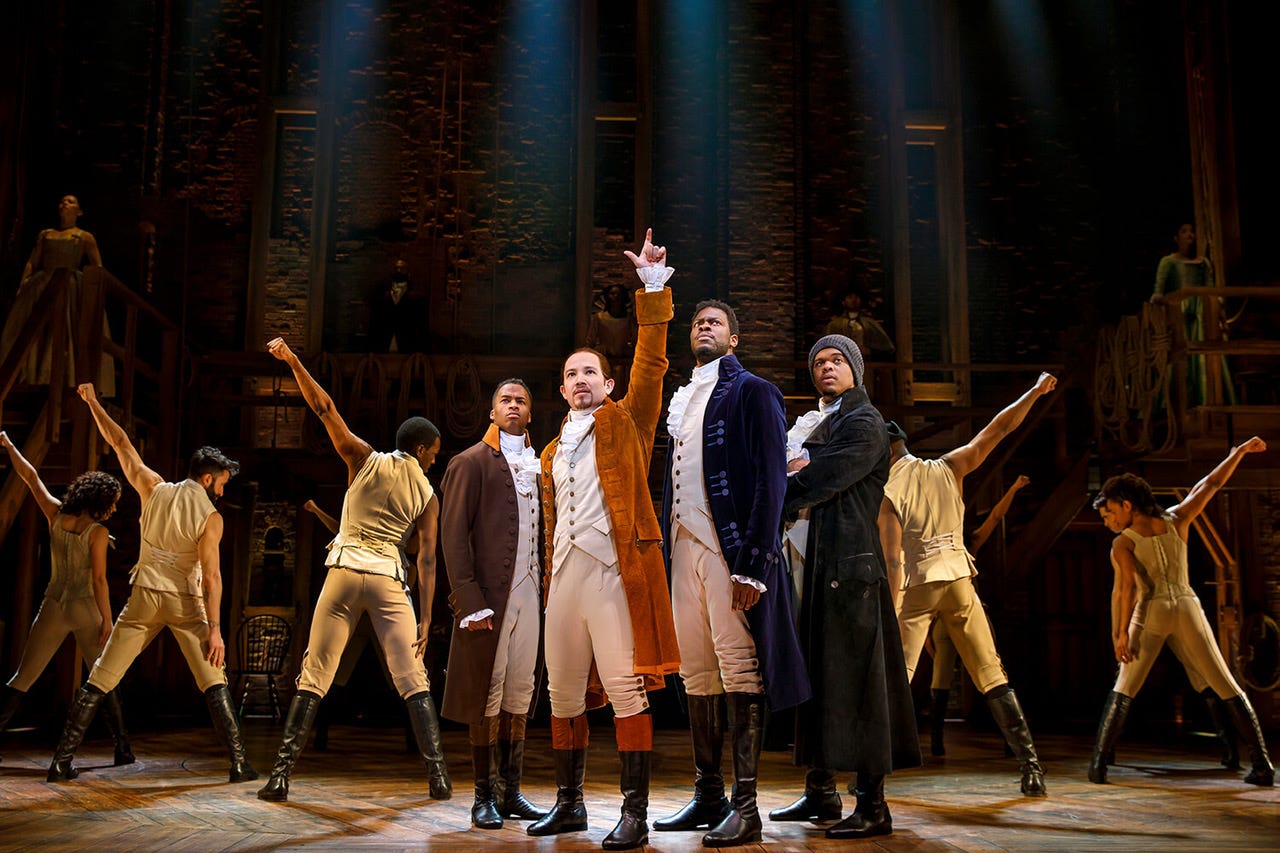 Fergie L. Philippe is a 26-year-old actor returning to act in "Hamilton" on Broadway in September. This is his story, as told to Iris Dorbian.

Before COVID-19 shut Broadway down for a year and a half, Fergie L. Philippe was living the dream. After appearing in a national tour of "Hamilton," Philippe made his Broadway debut in the Tony Award- and Pulitzer Prize-winning musical sensation, playing the dual roles of Hercules Mulligan and James Madison.

But he was only in it for six weeks before March 12, 2020, the day the 26-year-old Miami native got a phone notification that he wouldn’t be working that night.

Philippe and his colleagues initially thought the shutdown would only last a few weeks. What ensued was a pandemic that would not only devastate the nation’s economy, driving it into a recession, but shut down Broadway and live theater for 18 months. Philippe’s career and life went into a tailspin. Suffering a mild bout with COVID-19 early on, he later left New York City to move back in with his mom in Miami, where he taught acting during the day and delivered food at night.

"I was home for roughly half a year," Philippe said. "When the shutdown happened, I had just signed a year-long lease. I stuck around for as much as I could — did teaching virtually, did online concerts. I stuck around until November. I was still paying the lease when I moved back [to Miami]."

Philippe ended up teaching at his old high school, New World School of The Arts, during the day and working for Uber Eats and DoorDash at night.

"When I found out that Broadway had been green-lit to reopen, I was delivering food for a good portion of it," Philippe said. "Then ‘Hamilton’ had a Zoom meeting in April to tell us the date when we were reopening." Philippe moved back to New York City in May, thinking he’d find a place to live in a week and a half. It took him about a month, he said.

But NYC was different this time — calmer than before, when chaos and misinformation about the pandemic prevailed.

"It was crazy," Philippe said. "Just as crazy as you think. I think the biggest shock was when the shutdown initially happened. I don’t think any of us really understood what happened. Most of us thought it would be for a few weeks — not [a year and a half]. We thought maybe this would be a nice break. Five months later, it was, ‘How am I going to pay for my rent?’"

For Philippe, the experience would culminate in the worst of scenarios: catching COVID.

"I didn’t have to go to a hospital, thank god," Philippe said. "I was on bed rest. Every time I stood up, I had to lie down or sit and not do anything at all." Fortunately, Philippe had no long-term COVID-19 side effects. But the entire ordeal has altered his perspective on his profession and life.

"I think that if you speak to almost any actor, there is a lot of excitement coming back, but also anxiety because the theater industry is grappling with its workplace culture, particularly in line with the Black Lives Matter protests last year.

"How do we incorporate a safe workspace? How does that look like with the shows we produce and how do we encourage people to see those shows?"

Philippe went back to rehearsal on August 16 — COVID-19 safety protocols and all — in preparation for the "Hamilton" reopening on September 14.

"We’re testing twice a week; we will wear masks and socially distance," Philippe said. "We’re required to be vaccinated before we go to work.

"We’re not rehearsing in our theater the first couple of weeks but in a studio, so we have the proper distancing and safety measures. We’re also working with a company for contact tracing and staying on top of ourselves in terms of being as safe as possible." Right now, Philippe and his colleagues are feeling a whirlwind of emotions — chief among them excitement and anxiety.

"There is so much to wonder about," Philippe said. "We’re ready to perform again, but it’s not the theater we left. People in the audience will be wearing masks. We’re going into something new."

As the reopening looms nearer, Philippe does have one fervent wish.

"I told my family to wait until November [to come]," he laughed. "I’m scared I’m going to forget my lines, my choreography, I’m going to fall off the stage. I told them, ‘Please come three months later when I’m used to it again.’

"My colleagues are feeling the same way. That’s the number one joke: ‘Hey do you remember the show? Because I try to run it in my living room, but I forgot.’"