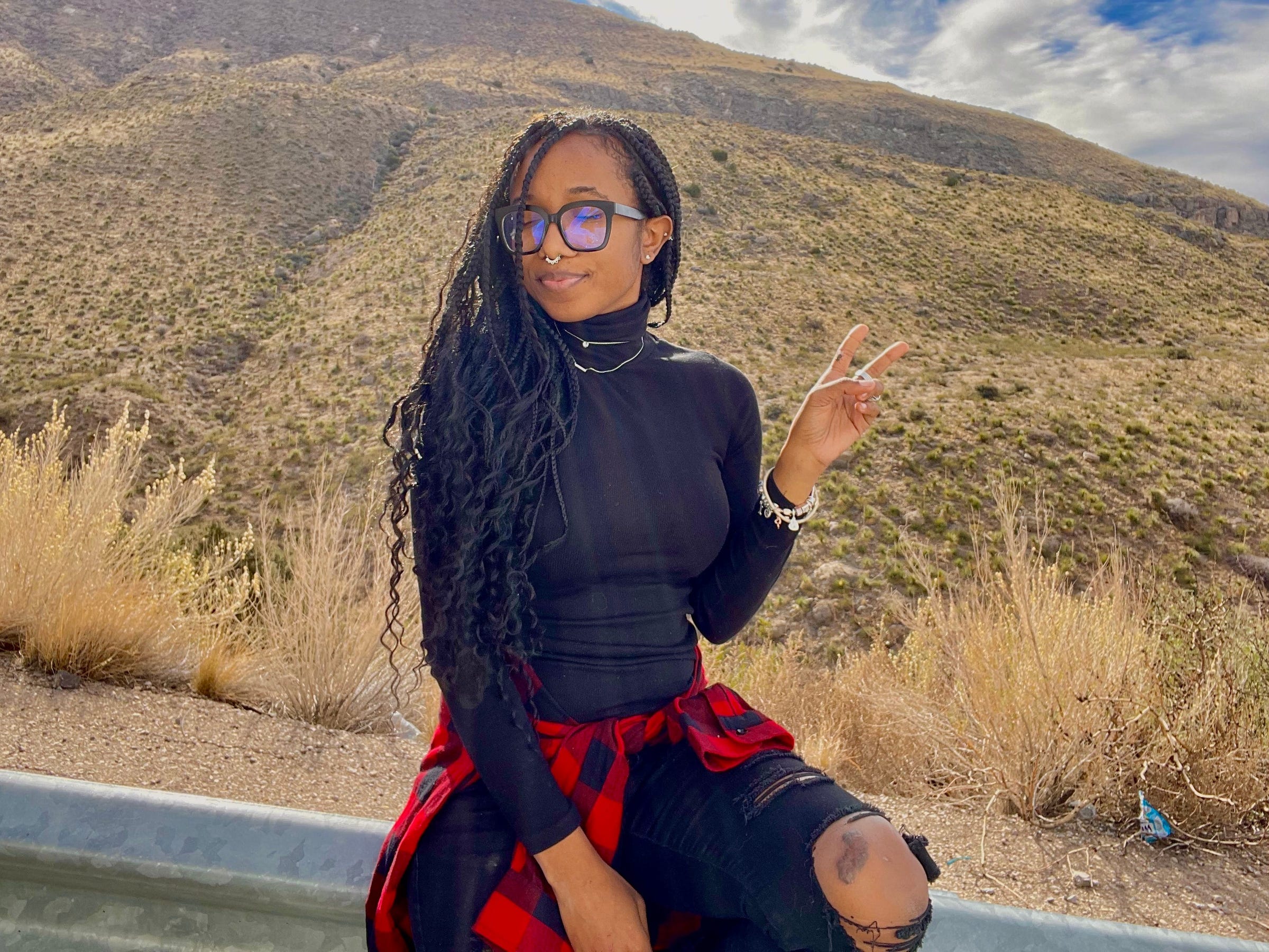 I went to Arizona State and have two degrees — one in digital culture arts and one in graphic information technology. I did everything from robotics to some web development to art installation.

Throughout college, I was known as a graphic designer and did a lot of work for organizations around campus. But I realized right after I graduated that wasn’t what I wanted to do.

I decided to keep learning and started my master’s at the University of Michigan for computer science. But for me, coding is boring. I would rather, instead of paying for it, just teach myself. So that’s what I did.

Right after I graduated in 2017, I decided to try something new and learn everything about product and UX design.

I was in a number of Udemy courses, read a bunch of blog posts, and watched YouTube. YouTube University probably got me my career.

I spent the whole summer learning and building out a pretty good portfolio. At the end of the summer, I applied for jobs and ended up getting a job in San Francisco at a startup — that was the first job in UX design I’ve had. And then I just fell in love with it, and that’s what I’ve been doing since.

I worked that first job for a year then got laid off, and now I work for three Austin-based startups. One is home-buying software, one is a logistics trucking company, and one is in wellness marketing and loyalty. I’m a full-time employee at all three of them. [Editor’s note: Wilson did not share her employers’ names for privacy reasons, but Insider has seen her offer letters and paystubs and verified her employment at each.]

I’ve worked at larger companies, and if all my jobs were a normal amount of work, I wouldn’t work three of them.

The first job I work, I’ve had for well over a year now. It’s a very small startup. There are probably less than 10 of us in total, and I’m the only designer. So you can imagine when I design a full page or a full set of pages, it takes them a while to build them out.

So since I’ve had that job, I tend to have one to two meetings a week. They don’t really ask much of me until that next week when we check in.

At the other two jobs, one of them is very similar, where I mostly have three meetings a week. And the third one, I have maybe two to four meetings on any given week, but they’re all at the same time, every single week. So they don’t overlap. I know where to be at what time.

The way that I can balance my jobs so well is because I’m very project-based. So we have deadlines to get this done by this time.

Most projects are in two-week sprints, and as long as it’s done by then there isn’t an issue. Other smaller things may come up in between then and I just add those to my plate.

I’ve been living in a van since last December. I realized I can travel a lot more and still get everything done, and I’ve never had a single issue. And every job knows I live in a van. Sometimes, I use my Sundays to catch up or get ahead.

This isn’t for everyone. And I luckily work at smaller startups, so I wear a lot of hats, but I also tend to be one of the few designers, if not the only one.

I’m in the same spot pretty much every day during working hours heads down and focused, and I get a lot of stuff done because I really enjoy what I do.

I think it’s important to still have a work-life balance or I’d be burnt out. I could imagine for people who are always on the phone or have more meetings throughout the day, it wouldn’t work.

I didn’t explicitly say to each job I work at these three jobs.

I know startups have NDAs or noncompetes — I’m well aware, and I haven’t infringed on any of those because they’re all in completely different fields. So there’s not any competition.

At one of the jobs, we all had to meet with an officer recently because it just went public. He said explicitly in the meeting with everyone on the team on the call, "It’s okay if you work another job, as long as it doesn’t deter you from the work that you do here." And mine hasn’t.

Since my Tweet blew up, there were a lot of people who said that’s impossible — I know it’s not normal and it’s unheard of and most people can’t do it, but it’s not impossible.

I’m very much into tech Twitter, and I follow a lot of tech people and I’m not the only one doing it. There are people who have more jobs than me. I think we’re all making full use of the time we’re stuck at home.