Inside investment-banking’s labor crunch: A shortage of junior bankers is forcing rainmakers to do grunt work on deals, and firms are lowering the bar for new hires 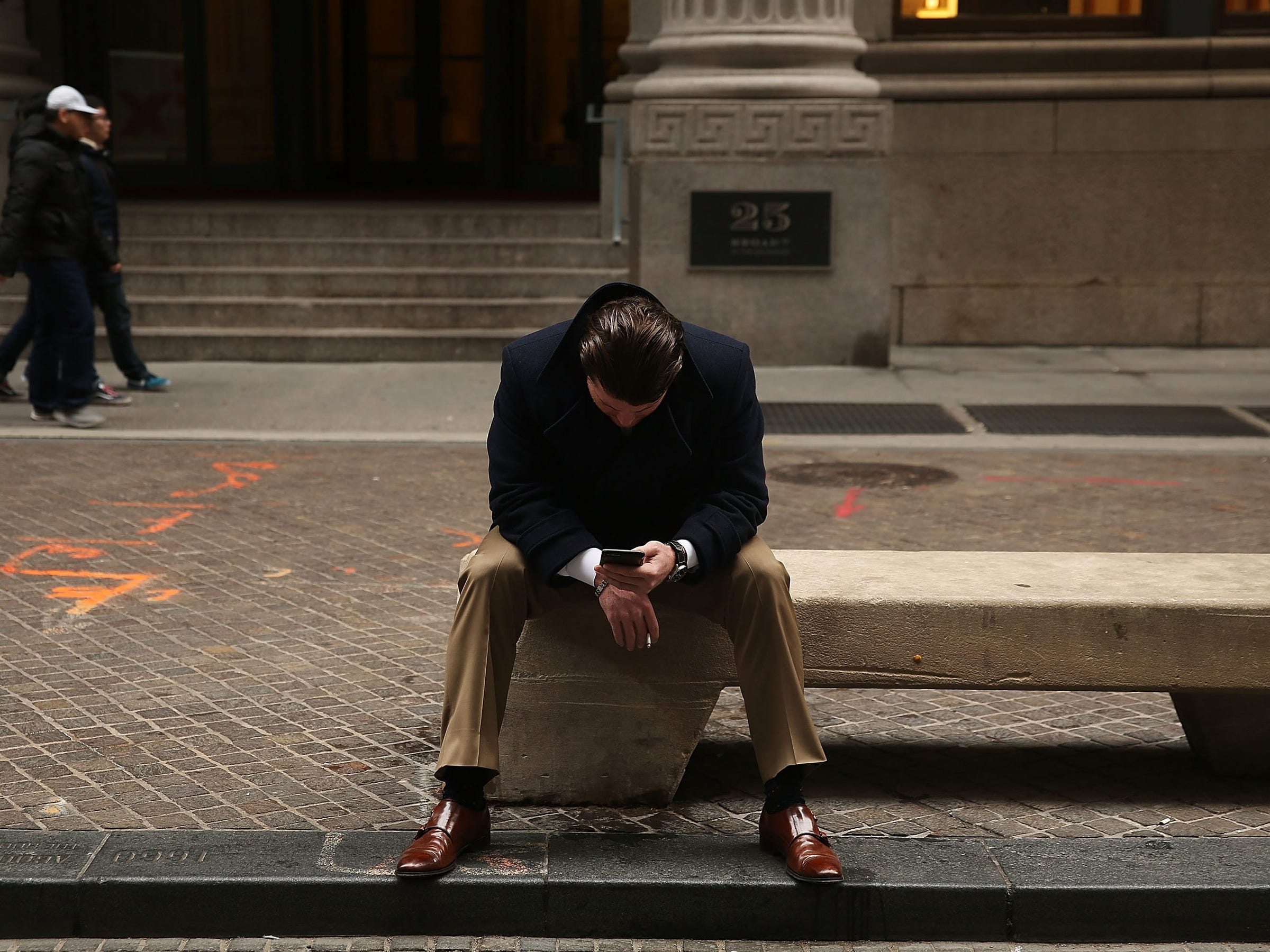 Wall Street headhunter Kim Freehill has something in common with the investment-banking juniors she’s tasked with hiring: exhaustion.

Freehill, a senior partner at New York-based recruiting firm FSJ Partners, which works on behalf of middle-market investment banks, has never been so swamped with inquiries from clients.

Banks are desperate to score more analysts and associates to help with mountains of deal work.

Recently, one middle-market client contacted her to work on 15 open placements.

"Thank God we just filled one," she said. "I’ve never been paid so quickly in my life."

Just months after junior bankers railed against management amid crushing levels of burnout, one of the root drivers of the problem has yet to be solved: Banks have too few hands on deck to handle their massive deal loads.

As a result, some senior bankers have been forced to roll up their sleeves to work on deal processes that typically would have been relegated to the most entry-level employees, according to some banking insiders.

In some cases, the situation has gotten so dire that banks have had to turn away business.

Many US industries are confronting a surfeit of jobs and having difficulty filling vacancies due to workers’ fears over the coronavirus and child-care challenges, among other reasons.

And while investment banking might seem a far cry from the retail industry, which has been one of the hardest hit sectors by labor shortages, financial firms have not been immune.

"Companies are bracing for higher turnover numbers than ever before, staffing up the recruiting teams," and getting external recruiting agencies "geared up for more recruiting," said Lamm, who is a workforce strategy partner in the firm’s financial services people and organization practice.

"It’s creating an even bigger gap," Lamm said, "because that turnover number is starting to tick up across the banking sector."

When M&A and IPO markets rebounded in the second half of 2020, many advisory firms were caught off-guard, having too few available juniors to shoulder the burden of the additional work.

Some went as far as having to pass on deals.

"I’ve heard stories of other firms having to turn down engagement opportunities because they don’t have enough junior resources to process the work," Jim Bunn, president of global equities and investment-banking at Raymond James, told Insider.

While his firm had yet to find itself in that position, Bunn said Raymond James hasn’t "been immune from the challenges that the rest of the industry has faced in retention" of junior talent.

"COVID, coupled with this white-hot deal market, has exacerbated that," Bunn added. "Our junior people haven’t been working from home; they’ve been living at work, because their home now is their work. They’ve been accessible 24/7, and it’s much, much harder to unplug and get away than it was when you’re primarily based in the office."

As a result, Raymond James has been in an "aggressive" hiring posture, heavily leveraging both its campus recruiting apparatus and a designated team for conducting lateral hiring away from rivals, Bunn said.

Part of what makes the present situation so striking is that bank watchers previously warned that financial firms would require fewer people, not more, in a post-COVID world.

"If you were having this discussion in July of last year and you were putting your college recruitment and lateral hiring plans [together], would you say, ‘Geez, we need to hire 20% more people’?" said Alan Johnson, the managing director at Johnson Associates, a compensation consulting advisor to financial-services firms.

"People would say, ‘What are you talking about? That’s crazy. We don’t know where the business is going. We’re going to be laying people off, we’re going to be trying to push some people out,’" he added.

Some of the work junior bankers have traditionally done has fallen on their superiors, according to Kevin Mahoney, a partner at the search firm Bay Street Advisors who leads the company’s investment-banking, private-equity, and private-credit practices.

"I’ve heard some stories where some MDs have said, ‘I’ve been in the office and working like I haven’t since I was a VP, and actually helping execute and doing a lot of the heavy lifting that I have not done in 10 years to meet demand,’" Mahoney told Insider.

One senior banker recently complained to Mahoney that deal execution had gone from consuming maximum 20% of their time, to up to 60%.

The result, according to that banker, is less time spent making outgoing calls to clients to win new business.

One bulge-bracket investment-banking analyst who spoke to Insider under the condition of anonymity said they’ve witnessed something similar.

"Given how stretched thin everyone is, I have a deal right now where my VP offered to get into PowerPoint and work through changes on the deck, because we just didn’t have enough people to work on the deck," this person said.

This analyst’s firm, which has heavily shed juniors throughout the pandemic, has recently been laterally hiring juniors with minimal experience who "have a pretty steep learning curve," they said.

The result is "a negative feedback loop," this person added, in which the majority of the deal work is falling on more experienced second- and third-year analysts, who are increasingly feeling the weight of the burden.

"They get more and more burnt out. They become more likely to leave," this person, a second-year banking analyst, said. "It just created more work for us, given that we’re still trying to get them trained up."

Bulge-bracket firms haven’t been spared, either

Even Wall Street giants are feeling the crunch from the competitive junior labor market.

In response to labor market conditions, Goldman Sachs has recently stepped up its lateral hiring efforts from other banks. Part of its strategy has been to conduct Zoom interview days throughout the springtime to identify candidates.

Goldman has also been expediting its interview timeline in order to accelerate the process of dispersing full-time offers, a person familiar with the matter told Insider.

And a separate senior Goldman Sachs executive told Insider the firm has been considering ways to reduce the number of conversations candidates have with the company during the interview process, as well.

In April, JPMorgan Chase sent an email asking recent and soon-to-be graduates to consider applying for some 23 open analyst and associate roles within its investment bank.

The email included a list of banking roles running the gamut from positions in coverage groups like technology, healthcare, and financial sponsors, as well as product teams like equity capital markets. The roles were spread throughout New York, San Francisco, Houston, Chicago, and Calgary.

A representative for JPMorgan Chase declined to comment on the contents of the email.

The email preceded remarks from Jim Casey, co-head of investment banking at JPMorgan, made to the New York Times in late April, about the bank looking to recruit 100 additional junior bankers and support staff, on top of the 65 analysts and 22 associates it had recently brought on to diffuse the workload among more people.

The longer the talent war for juniors persists, the more difficult it will be to find anyone left who has yet to have been courted for an available role, headhunters say.

Banks are finding they’re having to become increasingly creative about whom they’re willing to bring on.

For instance, Bay Street Advisors’ Mahoney said that, on about three occasions, he has converted corporate finance attorneys into VPs at banks.

Freehill recently helped an equity research associate covering biotech obtain an offer from Stifel Financial, a boutique bank, as a second-year investment-banking associate. A spokesperson for the bank declined to comment.

"In years past, nobody would ever do this," she added.

And if banks don’t move fast, they risk losing out.

Freehill placed a first-year analyst who had been working at Goldman Sachs into the technology coverage group at a middle-market bank in New York City. The client, whom Freehill declined to name, locked down the analyst before the candidate could accept a rival offer from Mizuho Americas.

Mahoney shared a different vignette, in which one of his clients interviewed a candidate and then went dark for three weeks on the prospective hire. When the firm eventually did reach back out to the candidate, they found the person was already off the market, having accepted an offer from a rival.

The anecdote underscores the urgency of the situation that banks now face. "Right now, banks aren’t even looking for superstars," Mahoney said. "They’re looking for people who can perform."

The goal, he said, isn’t to assemble the most impressive legion of juniors on the Street. Rather, it’s about "getting deals done and trying to meet demand."