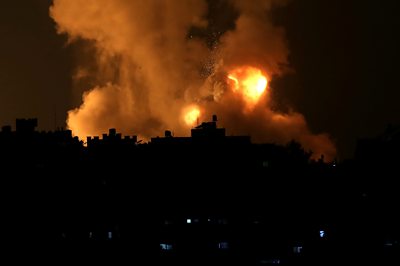 Israel has launched an air strike on Palestinian sites in Gaza amid an escalation of violence in the region. The Israeli military said the action was in response to rockets being fired towards Jerusalem by Hamas. This comes after days of clashes that began over the proposed eviction of Palestinian families from their homes in a neighbourhood claimed by Jewish settlers, which has raised international alarm.