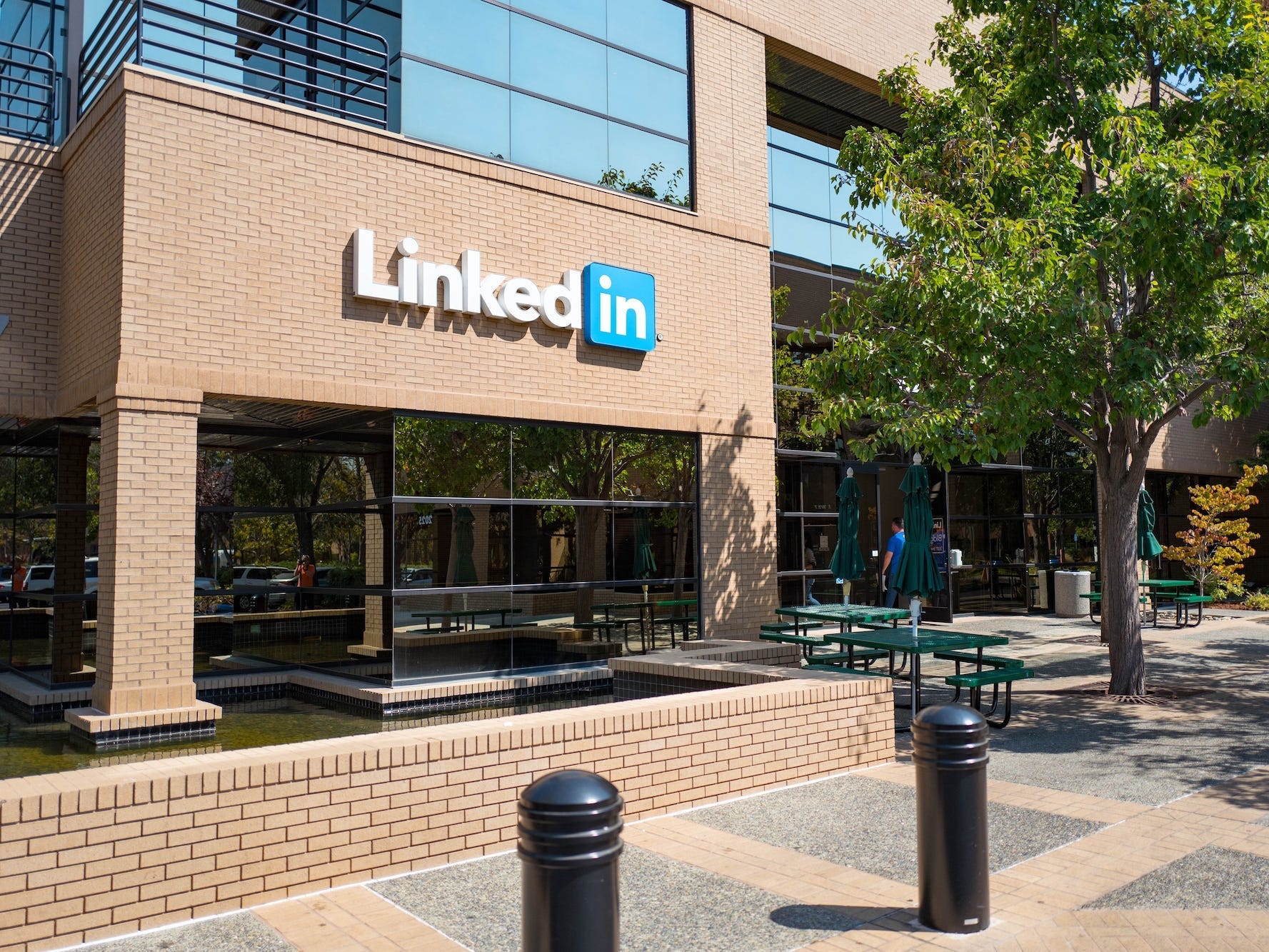 LinkedIn is giving its employees and team managers greater freedom to decide how they want to return to the office, if at all.

The company outlined a fresh hybrid-working plan and says it intends to "step away from a one-size-fits-all policy."

In October, LinkedIn announced that it aimed to reopen offices from September and that it anticipated staff would work in the office 50% of the time.

In an update Thursday, the company now says it won’t mandate either a specific return date or amount of time in the office.

Instead, it will let individual teams decide their own hybrid-working strategy, with managers taking a call based on discussions with colleagues.

"We haven’t ironed out every different scenario, but we’re asking employees to think about what works for them, where they do their best work, and how does your team work best," Teuila Hanson, LinkedIn’s chief people officer, told Insider.

"This is with the understanding that our employees are truly coming from a place of what works best for them."

That could in theory see some teams favor all five days a week in the office, whereas some may never come in at all.

Data indicates staff will opt for the middle ground. In an internal poll, 87% of LinkedIn’s 16,000 global workers said that they would still like to come into the office at least some of the time. Hanson said the company still plans to invest in its physical office space.

"It’s going to be hard, it’s going to require our managers to talk to us and to engage in dialogue as leaders and as an organization," said Hanson.

Many of LinkedIn’s offices have not fully reopened, with individual workplaces set to open on a location-by-location basis based on local guidance.

LinkedIn’s policy is broadly in line with its parent firm Microsoft, which announced employees will be allowed to work from where they feel most comfortable. Even Microsoft anticipates that if COVID-19 recedes, the majority of its workers would spend less than 50% of their time working remotely.

US technology firms have differed on the return to work. Apple and Google have told employees they should expect to work two to three days in the office. Others, such as Twitter, are allowing employees to be fully remote if they wish.

LinkedIn is not currently mandating that employees in the office must be double-vaccinated.

LinkedIn has gone for a trust-based approach to the office

LinkedIn is leaning into the idea that companies should trust employees to know where they work best.

This will be an important factor in a smooth return to work, said Claudia Crummenerl, global practice lead and managing director for workforce and organization at Capgemini Invent.

"The trend you can see is there’s a desire to be more flexible and to have choice. Even if people will go to the office three or four days a week, it’s their choice. It’s not somebody forcing them to do something."

Companies mandating days in the office risk alienating employees who now desire greater flexibility. Apple battling its staff is indicative of the chasm that could emerge between employees and organizations.

"A whole other reason for wanting to bring people back into an office is because [managers think] ‘I can go back to managing the way I used to, which was to rely on what I could see.’"