Looking for a new career? eSports is exploding right now. A veteran shares her advice for breaking into the $44 billion industry. 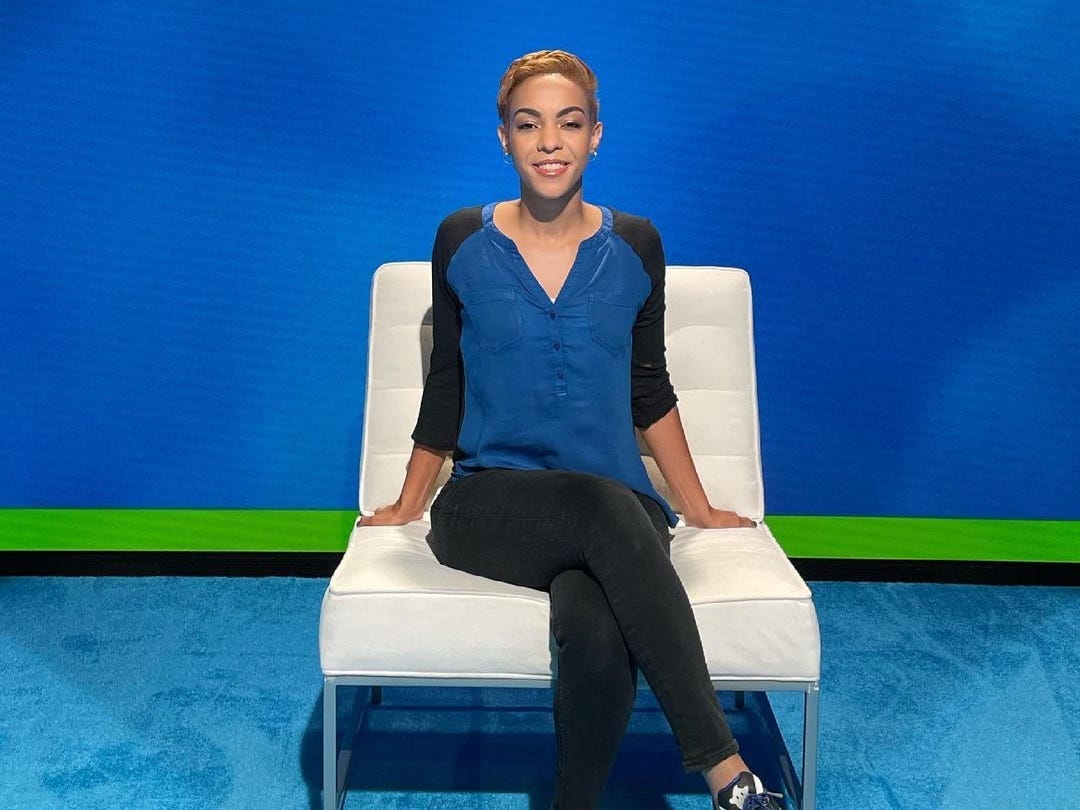 If you want to work in esports, the first advice from Erin Ashley Simon is to start working outside of esports.

"Don’t go into the industry right away," Simon, co-host of "The Download" esports and gaming show on VENN, told Insider. "We need different skill sets, different perspectives. The more that you obtain outside the industry and bring in, the more valuable you’re going to be."

That may seem like contradictory advice, but Simon, who is represented by the agency CAA and also works for AT&T and Puma, in addition to owning her own esports brand, believes the rapidly growing industry needs an influx of outside ideas as it matures. The industry’s revenues are still growing after crossing $44 billion in 2020, according to Insider Intelligence.

Simon is also speaking from her own experience. Her career includes work at the Wall Street Journal and Revolt Media, but she’s also worked with marketing agencies and at an architecture firm, which is where she started her professional career.

Simon credits this variety for her ability to bring highly valued skills to a fast-growing industry, and she recommends anyone else hoping to pursue esports hosting or commentating to embrace variety as well.

"Whenever someone hires me," Simon said, "you get more than just a journalist."

One of the main reasons Simon believes in the value of her experiences outside of esports is that they helped her identify what she really wanted out of her career.

"I just tried to spend as much time experiencing different positions and avenues, whether it was sports, music or entertainment," she said. "I was starting to have a grasp of understanding of where I wanted to go and what I wanted to do, but it did take me several years to get to that."

She started her own culture blog in high school and covered hard news at a local newspaper while in college at the University of Kentucky. She also played Division 1 soccer and did some media work with the athletic department.

"I always had a passion for music, gaming, entertainment, movies, all these different things," Simon said. "I was always someone that never wanted to be pigeonholed."

Professionally, Simon strove to be at the forefront of multimedia storytelling.

For example, she was hired for the social media team at Revolt, but also produced a successful web series where she was interviewing musicians. The success of that show led to a higher-paying job at a different company producing online video shows, which opened other doors to esports writing assignments and an esports hosting gig at the digital news network Cheddar.

"That’s really where I built my credibility and foundation within the industry," Simon said.

She says persistence, her desire to compete, and knowing her value are what helped her break through the constant rejection that comes with making it in creative fields.

"A lot of the challenges of making it, especially when I first started trying to get into the hosting world, was people telling me I’m not good enough, telling me I don’t fit the mold," Simon said. "I was just like, ‘What mold, what are you insinuating?’" How to find your way in an emerging field

As a woman of color and a former college athlete, Simon’s background is a bit different than many of her counterparts in the esports industry. Her competitive background and passion for her work fueled her through the moments where she was feeling unfairly blocked from opportunities.

"Women are critiqued way more heavily than men when it comes to video games, as if we don’t play games," Simon said. She added that despite the nepotism and discrimination that can occur in the industries of gaming and media, she was confident in the strength of her accomplishments and knew her worth.

That confidence is ultimately what compelled her to leave her job at Cheddar and freelance full-time.

"My mindset shifted in terms of a traditional nine to five, and more so constructing my career and what I want to do, while being myself," Simon said. "I haven’t gone back since."

She encourages others to embrace opportunities adjacent to their dream job, especially when their dream application keeps getting rejected.

"You may not go right away on the course that you want to, but just know that every experience is a lesson and skillset building opportunity for you to be able to pursue your dream job or career," she said. "Sometimes you may have to take a job just to be financially stable, then you can do your other things that you’re passionate about on the side."