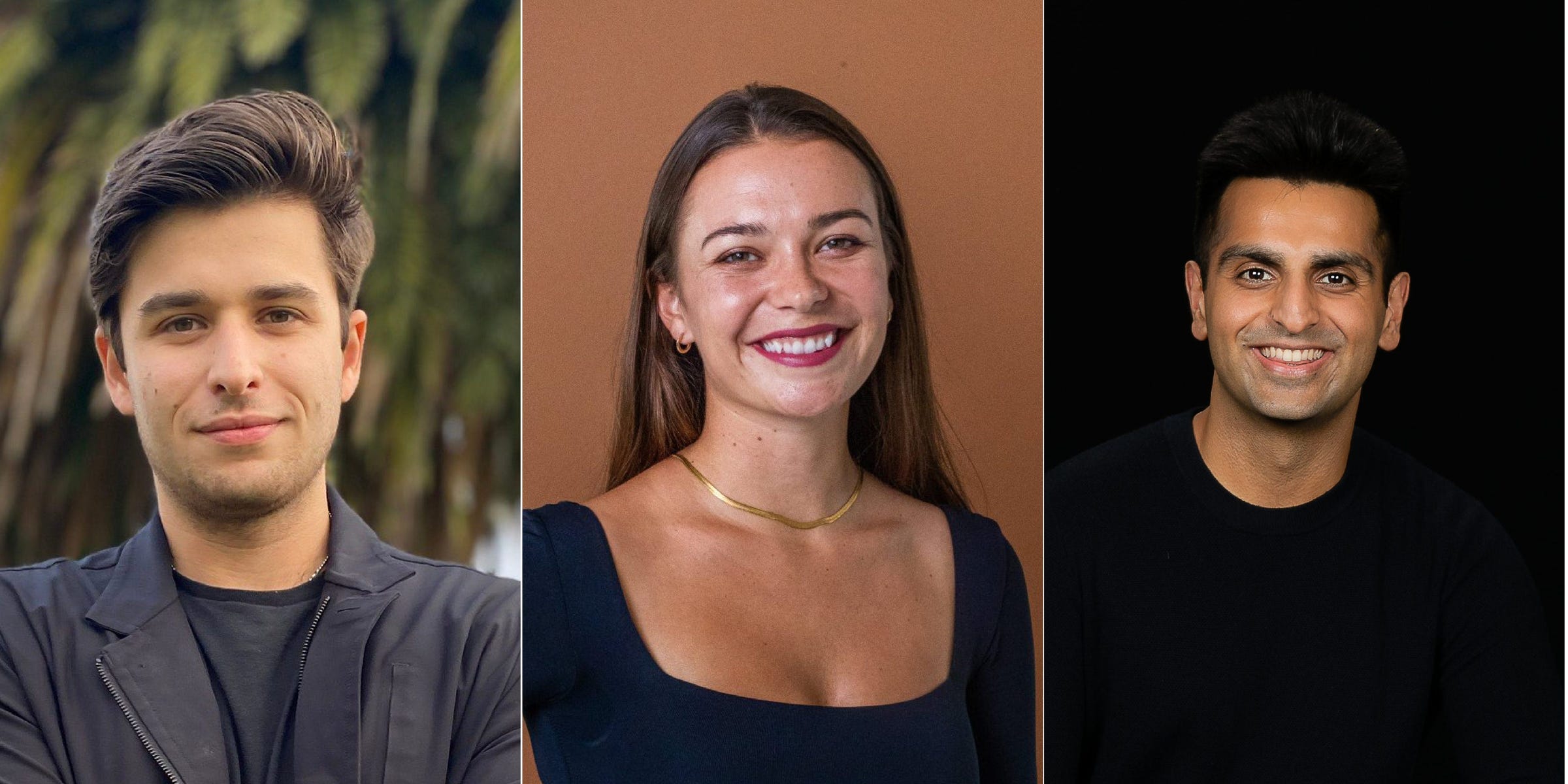 When Stash Pomichter started building the healthtech startup Fitgenetix, his cofounder had no idea Pomichter was only about 14.

It was a deliberate choice on Pomichter’s part to initially hide his age, allowing him to prove himself without being judged for it, he told Insider.

Now, at 20, he’s cofounded his own venture firm and boasts his age in his Twitter bio.

"I just had a shift mentally where I was like, you know, maybe I should use it to my advantage," he said. "I’m going to really own this and be public about it."

Pomichter is among the handful of Gen Z venture capitalists raising millions for their own funds. For this new class of emerging fund managers, their age isn’t something to hide: It’s a point of pride, helping them win over young founders and squeeze into competitive deals. Mohammed Amdani, 25, and Ammar Amdani, 23, both landed jobs at separate venture-capital firms — Mohammed at Plug and Play Ventures, and Ammar at RLC Ventures. It was only a matter of time before the brothers came together to found their own early-stage firm, Adapt Ventures.

Since founding Adapt Ventures in 2020, the brothers have invested in companies like On Deck, which raised $20 million earlier this year, and the livestreaming startup Newness.

Mohammed recommends that aspiring fund managers start angel investing as soon as they can.

"Over time, it will provide potential limited partners a glimpse into your investing philosophy, showcase accessibility to promising companies, and evaluation of your judgment as a fund manager," he said. Fund size: At least $1.6 million, according to Securities and Exchange Commission documents

If you hear a first-grader talking about inflated valuations, you probably have Paige Finn Doherty and Owen Doherty to thank.

At 22, the Gen Z VC is on a mission to educate everyone about venture capital beginning with publishing a children’s book on the topic with her brother.

The next step in Doherty’s mission is a fund of her own. This year, Doherty and fellow Gen Z VC Joshua Schlisserman, 24, cofounded Behind Genius, a seed fund focused on underrepresented founders.

While Doherty wouldn’t comment on open rounds of fundraising, an SEC document reported Behind Genius’ first round closed at $1.6 million.

Her strategies to find startups to back are peak Gen Z: She was scrolling through TikTok when she discovered Beacons, a startup helping creators build websites. She loved the concept, DMed the founder, and eventually invested.

"I’m not going to lie: People will say you don’t have enough experience," she said. "Power through." In 2018, Josh Browder, now 24, received $100,000 from the Thiel Fellowship and risked it all by angel investing, what he jokingly refers to as the "startup casino."

He invested the money into five of his friends’ startups and watched two of those investments increase tenfold.

Browder, best known as the founder of the startup DoNotPay, used this impressive track record to raise a $7.6 million fund, which he’s already used to invest in about 46 companies.

He is usually the first check into a company, but he doesn’t rule out later-stage investments. Browder recently invested in the fintech unicorn Pipe after its Series A.

He doesn’t see why young people should wait to start writing their own checks into companies.

"There’s this myth that you have to either work for 10 years in VC or you have to be an operator for 10 years to start raising your own fund," he previously told Insider. "But I’m lucky — I’ve done it — and there’s nothing special about me beyond working hard and trying to help these companies." When raising for his early-stage venture fund, Jai Malik, 25, was told "no." A lot.

The Countdown Capital team took about 300 meetings with potential investors and faced constant rejection. But Malik wrote that they "barnstormed" their way through the process, eventually raising a fund to invest in deep tech startups.

The fund’s investments so far include the rocket factory startup Hadrian, which counts Founders Fund and Lux Capital among its investors, and the precision air-drop company Dash Systems.

"Work at a startup or two first and experience the highs and lows involved with taking a business from zero to one," he said. "Then leverage those experiences to be the best possible supporter of founders when you start investing out of your own fund." In classic tech fashion, Stash Pomichter, 20, and Sheridan Clayborne, 21, have trouble recalling if they met in San Francisco or at a New Year’s party in Miami.

Regardless, they became fast friends with a shared vision for the future. Pomichter, who works at Remus Capital, and Clayborne, founder of Lendtable, joined forces this year to found Cronos Capital, an early-stage fund focused on Gen Z founders.

"There’s no institutional firm trying to be the first capital into our generation," Pomichter said. "I think we have an opportunity to really define this age category."

So far, the fund has invested in companies like the tactical-robot startup Brinc Drones and the deepfake app Wombo. It would be hard to talk about Gen Z fund managers without talking about Harry Stebbings. The podcaster turned VC is only 25 but has already raised $140 million across two funds.

Stebbings got his start in the tech world by interviewing Silicon Valley heavyweights on his podcast "The Twenty Minute VC." He leveraged the connections from his show, raising a $8.3 million fund in July 2020.

Less than a year later, Stebbings announced a new $140 million split across two funds: 20VC Explorer, which will invest in growth-stage startups, and 20VC Early, an early-stage fund.