Millennials are soul-searching. Baby boomers are retiring early. Gen X, stuck in the middle and cynical as ever, is learning to love the status quo. 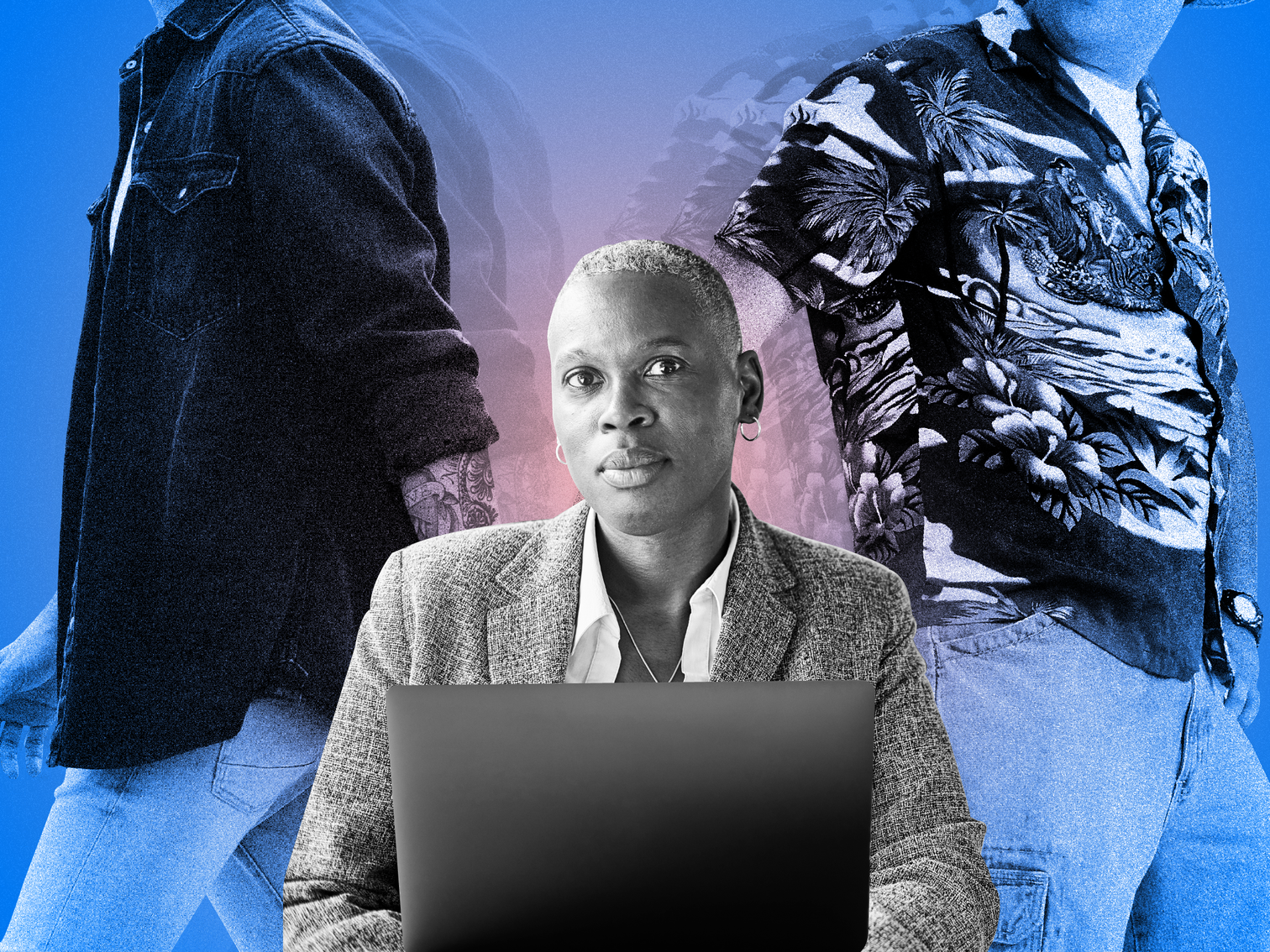 As vaccination rates rise and the pandemic fades in the US, certain generations are soul-searching.

Consider, for instance, the millennials, some of whom are embracing what The New York Times calls the YOLO economy — a happy-sounding acronym for "you only live once." They’re quitting stable, high-paying jobs to travel, write screenplays, and take advantage of the freedom and flexibility of remote work by moving to exotic locales.

In that same vein are the baby boomers — millions of whom are exiting the workforce years earlier than planned because of COVID-19. Fortified by fat 401(k) accounts and appreciated home values, they’re, according to Bloomberg, in a "rush to retire in a new life-is-short mindset."

Millenials have YOLO. Gen Xers have the status quo.

Gen Xers aren’t making many seize-the-day decisions post-pandemic because of our stage of life and constraints. We have kids firmly ensconced in schools, spouses or partners who also work, aging parents to care for, and home equity that’s needed for looming college-tuition payments. Not to mention the fact that we are in our peak income years.

Then again, in the way that millennials love avocado toast and boomers are self-absorbed, Gen X is a group for whom cynicism is a love language, and there might be other sociological forces at play. "Gen X came of age when all kinds of commitments and promises were broken," Jason Dorsey, who runs the Center for Generational Kinetics, a research firm in Austin, Texas, said.

Megan Gerhardt, who researches generational diversity in the workplace at the Farmer School of Business at Miami University and an Xer herself, said she sees what’s happening as a function of middle age mixing with generational identity.

"Gen X is sandwiched in between two very large generations that have different life stages and commitments than we have at the moment," Gerhardt said. "This allows them more freedom and mobility with this newfound post-pandemic reality."

And yet, "It’s also very Gen X of us to be like, ‘Fine. We’ll just stay here and fend for ourselves. Don’t worry about us.’"

There is, though, an alternative explanation. Perhaps Gen Xers aren’t making dramatic life changes because we don’t want or need to.

Smack in the middle of middle-age commitments

Gen X is smack in the middle of middle-age, and life-altering decisions are neither easy nor straightforward.

Uprooting is easier for Gen Zers, the oldest of whom are 24, and millennials, who are ages 25-40. Millennials, in particular, are less encumbered than past generations. They are delaying marriage, children, and homebuying, though not always by choice. Meanwhile, baby boomers, ages 55-75, are the wealthiest generation in American history.

To be clear: The demographic data on the post-pandemic workforce is still hazy, and how and where the numbers land is yet to be determined. Plenty of millenials are sticking with their day jobs, buying houses in the suburbs, and adopting familiar rituals of adulthood. And lots of boomers plan to punch the clock for many years to come.

What’s more, these YOLO-type trends are occurring only on the margins; not everyone can afford to quit their jobs in their 30s or head off into the sunset in their 50s.

But for boomers and millennials with a cash cushion, the world is their oyster and work is for the birds.

It’s not a sentiment that Gen X relates to right now. Take, for instance, Steve Morrow, a 48-year-old financial analyst who lives in greater Phoenix with his wife and two high-school-aged children. "I hear about a lot of younger people quitting their jobs or moving someplace fun and exciting, but it’s not the right time for us," he said.

Then again, if Morrow feels a pang of regret for a life not lived, he’s quick to point out the foolhardiness of leaving one’s job in an uncertain economy or up and moving to a vacation destination. "You’ve got to grind it out when you’ve got bills to pay," he said.

Alison Huff, a freelance editor who lives outside of Youngstown, Ohio, with her husband and two kids, feels the same. She said she wouldn’t dream of moving or scaling back — particularly because her elderly mother moved in with her last year. "I sound like an old fogey, but I want stability," she said.

Latchkey kids, all grown up

No generation is a monolith. Each one consists of tens of millions of people with different cultural backgrounds, perspectives, and circumstances. And yet it’s also fair to say that groups of people are molded by the political and cultural events that occur when they come of age.

"There’s always something that goes down when you’re young and shapes how you view the world," Larry Samuel, the founder of Age Friendly Consulting and the author of many books, including "Aging in America," said.

The Greatest Generation had World War II and the Depression, which made people yearn for stability, he said. The boomers came of age amid countercultural chaos but also a postwar economic expansion, which allowed them to become so wealthy. Xers were raised in the shadow of an economic downturn and in the era of "stranger danger."

"They had their own brand of trauma, whether it be the recession or being latchkey kids who were left in front of the television or the fact that they were unable to get the kinds of jobs and career paths that their parents enjoyed because the economy had run out of steam," said Samuel, a baby boomer.

Indeed, Gen X’s trademark cynicism and risk aversion has deep roots, said Dorsey, of the Center for Generational Kinetics. "Gen X saw their parents get laid off and all kinds of benefits get cut. Gen X is skeptical of whether or not Social Security will provide for their needs — or if it will even exist by the time they retire. There’s a lot going on with this generation because of what they experienced growing up."

This resonates with Melissa Meyer, a marketer in her early 50s. The economic fallout from the manufacturing plant closures that occurred during her 1980s childhood in Milwaukee left an indelible impression. As a result, Meyer, a single mother of two, operates her life and career with a certain amount of paranoia. She drives an old car that’s long paid off and admits to hiding her vacation money from herself, lest she be tempted to spend it foolishly.

Meyer regards post-pandemic adventure seekers with a mix of envy and doubt. Reality bites, after all. "I guess I could throw my middle fingers in the air and quit my job to work on my music, but it’s not practical," she said.

To be sure, not all Gen Xers are staying static. Some are moving, switching jobs, or going back to school.

But for the majority of Gen Xers, post-pandemic work and family life is business as usual — and that’s just fine. We’ve already put decades into building our careers, families, and social circles, and coming out of the pandemic, many of us feel we are right where we want and need to be. COVID-19, in all its awfulness, sparked a sense of perspective and a mellowing middle-aged contentment.

Even Meyer, despite her Gen X world weariness, told me that emerging from this pandemic year has provided her with a renewed sense of purpose and meaning. "My kids are a gift. Same with my parents. It’s an honor to take care of them."

Ron Passaro, a 44-year-old composer who scores films, has no plans to leave Manhattan, where he was born and raised. His partner, Rachel, has a daughter, whom he is helping to rear, and he visits his parents who live nearby twice a week.

There are times when Passaro feels wistful about the lack of spontaneity in his life, but they are rare. These days, he’s feeling sentimental. "Family trumps everything," he said. "I don’t need fancy-free adventures. I appreciate what I have."

Margit Detweiler, a 53-year-old content strategist and the founder of TueNight, a community for Gen X women, is also staying put in Brooklyn. She has a large social and professional circle, and the city also offers easy access to Philadelphia, where her elderly parents live.

Detweiler has no big changes in the works, but she’s not ruling them out. "The pandemic was a moment for Gen Xers to take stock and reflect on how we want the rest of our lives to look," she said. "We are still willing to take risks, just more calculated risks, and not without a lot of research."

The cynicism that Gen X is famous for came in handy during the pandemic, she added. "We’re tough," she said. "We’re survivors."